The Lehman Moment aka. "No One Saw It Coming"

Contrary to popular belief, daily alternating 400 point rallies and crashes are not "normal". They are a sign of a market that is out of control...

"In the broadening top, five reversals are followed by 'sumamabitch!'" 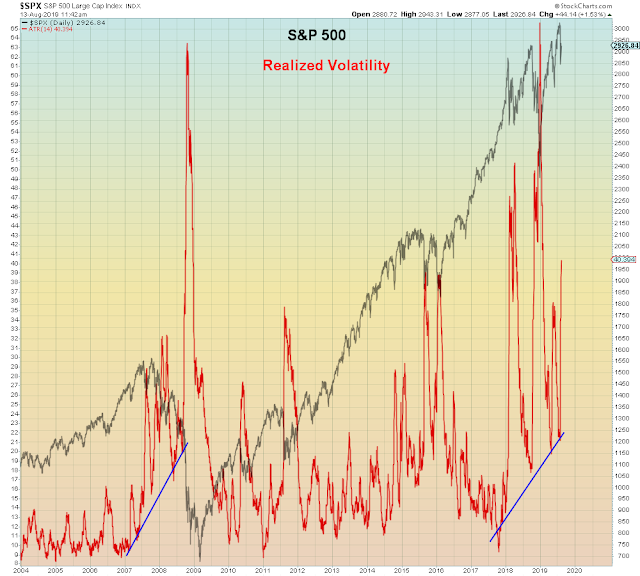 Apple leading a rally is the kiss of death for the casino. Apple's most recent earnings report was the end of the July rally: 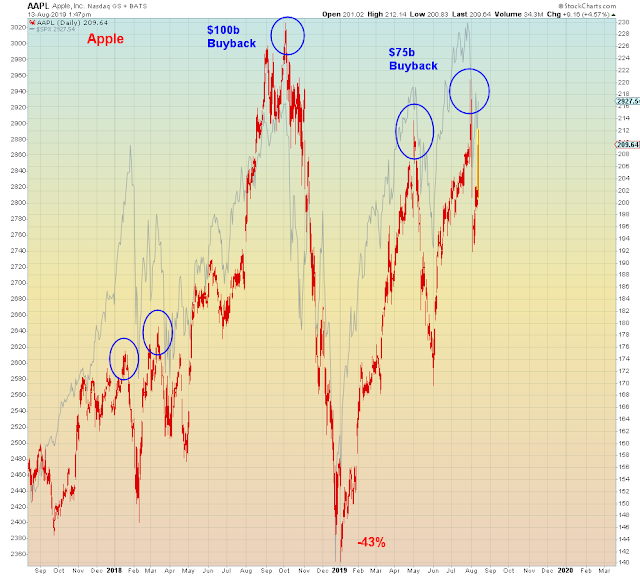 First off, record debt-fueled stock buybacks and a record non wartime Federal deficit have done a fantastic job of hiding the end of the longest expansion and longest bull market in U.S. history.

Nevertheless, contrary to ubiquitous belief, record valuations can't be "priced in" at the end of the cycle when borrowed "earnings" turn back into a pumpkin, amid credit market collapse. 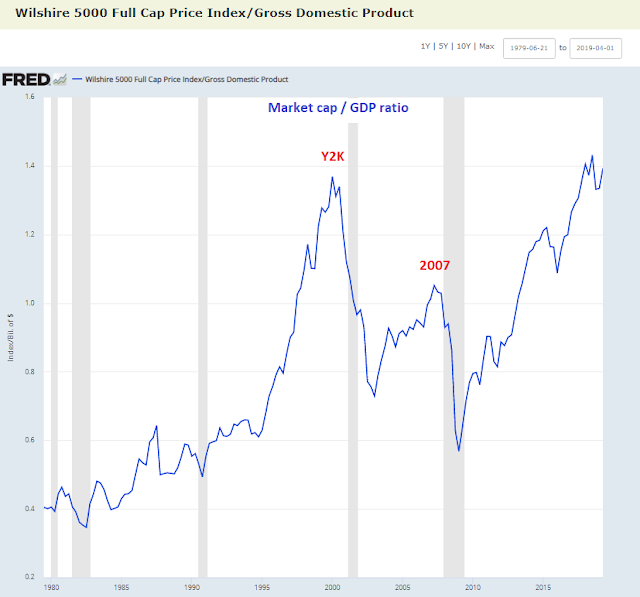 I just read David Rosenberg's "Ten Reasons To Reduce Risk" and I have to say that he has a talent for understatement. Somehow, even at this latent juncture, the burden of proof is still on skeptics of money printing to enumerate the 5,000 ways the world is falling apart, while bulls skate by on their "all bad news is good news" efficient money printing hypothesis.


Everything one needs to know about Disney Markets can be summarized by this one chart below: Momentum Tech versus German Bund yields. This is the crowning achievement of a decade of Ponzinomics - gamblers front-running central banks into the junkiest stocks while telling themselves that these are now "safe havens" from trade wars. ALL WHILE using recessionary interest rates as the rationale for ignoring valuation via the discounted cash flow model.
The last time these stocks peaked last October, they fell -30%: 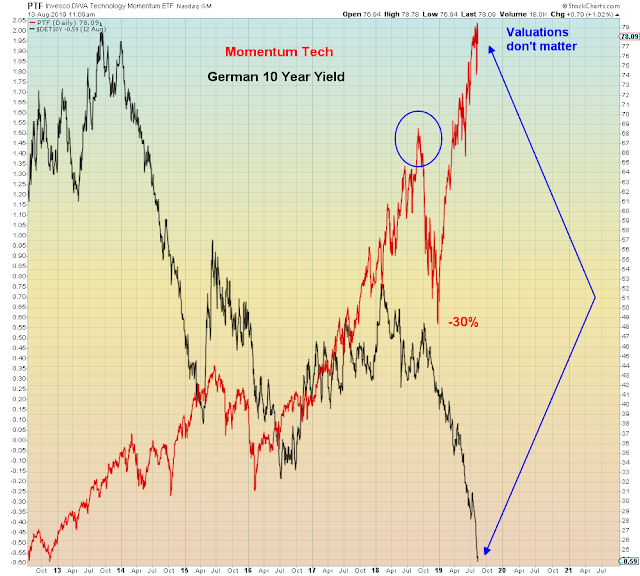 As it was in 2007, yield hungry pension managers are chasing recession off a cliff: 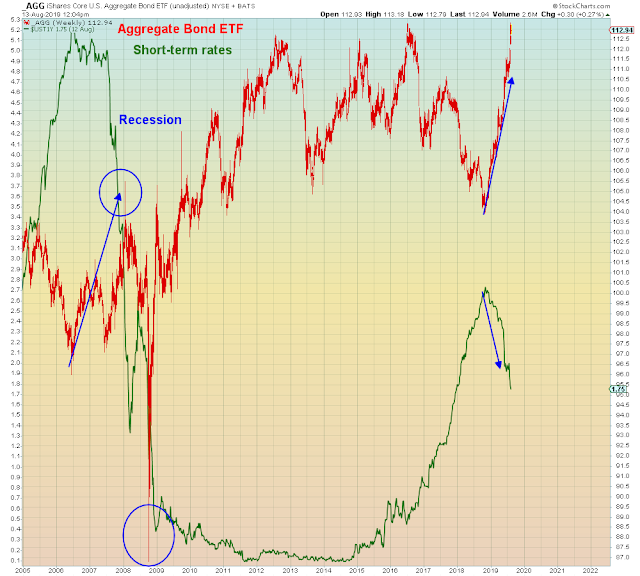 "The Citigroup chief executive told the Financial Times that the party would end at some point but there was so much liquidity it would not be disrupted by the turmoil in the US subprime mortgage market." 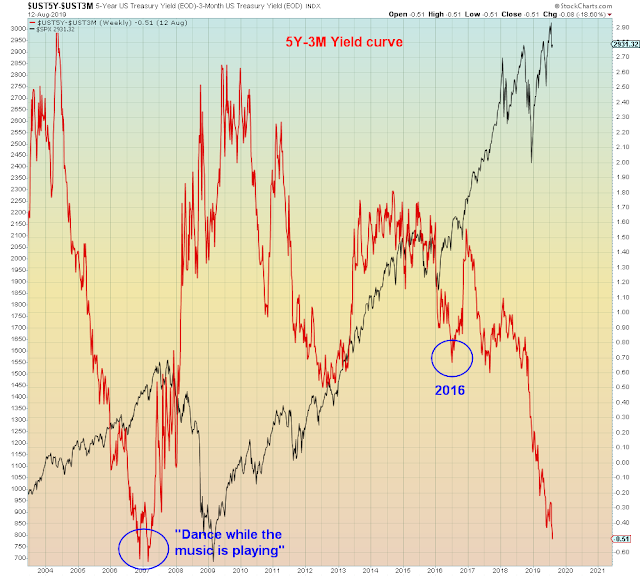 As I've said many times before, the problem with ever-fewer stocks holding up the casino, is that when those massively overbought stocks roll over, the entire market explodes.
The crash ratio is now back at Lehman levels: 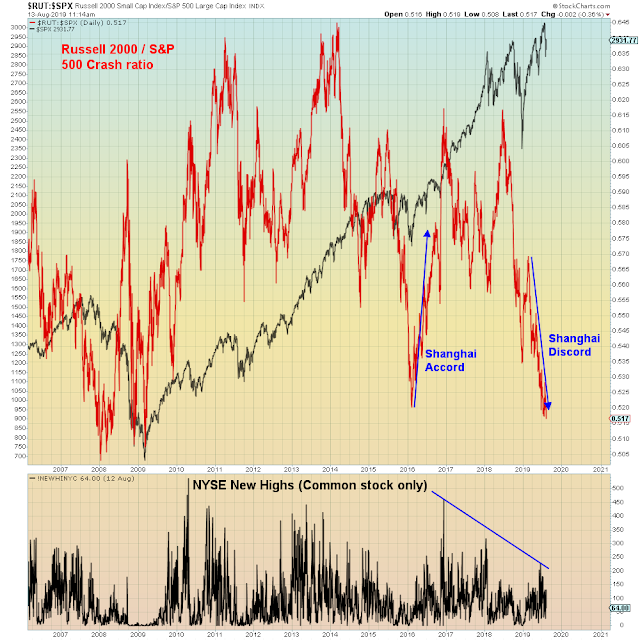 The reason there is concentration in so few stocks is because unlike the Shanghai Accord (2016), the Shanghai Discord aka. trade war, is generating deflation. The entire reflation trade is bidless (Banks, Transports, Energy, Retail, Industrials): 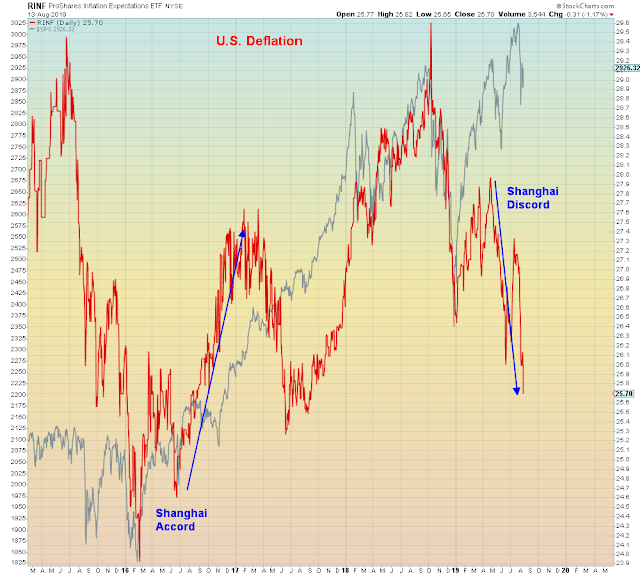 Unlike 2008 - compliments of central bank dopium and well-known bullshit artists, this time there has been no de-risking to date. David Rosenberg has been ignored due to his talent for understatement. 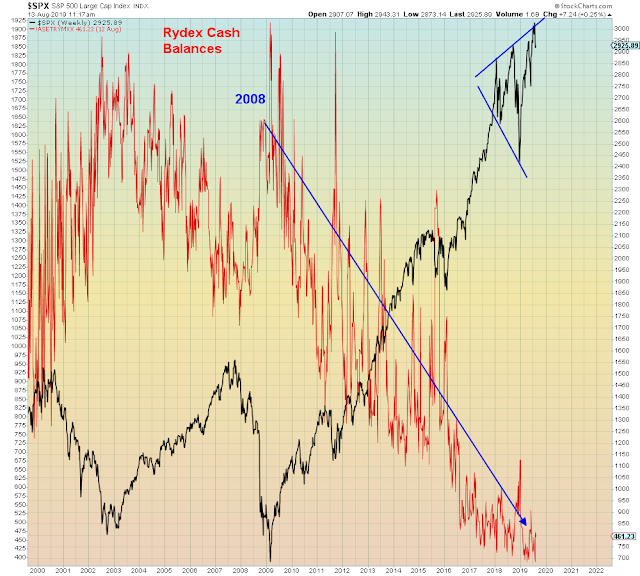 I have been ignored because I didn't properly time implosion. The timeframe of "inevitable" leaving too much room for imagination.

Although I still expect to retire on time aka. any day now.

As long as Roku doesn't roll over this will all be fine... 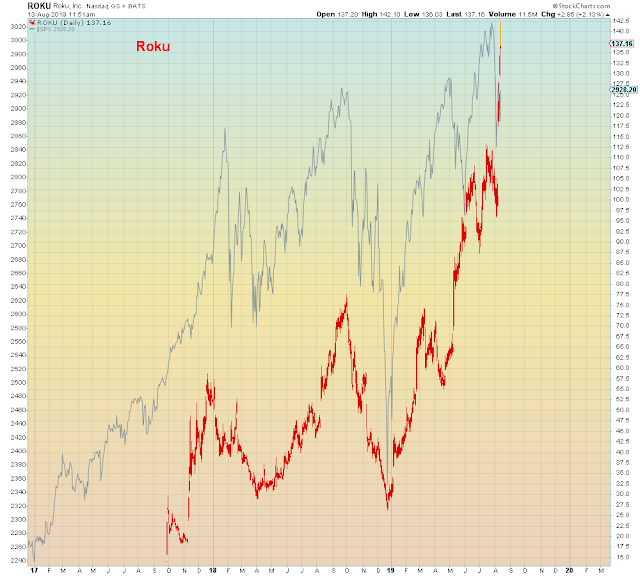 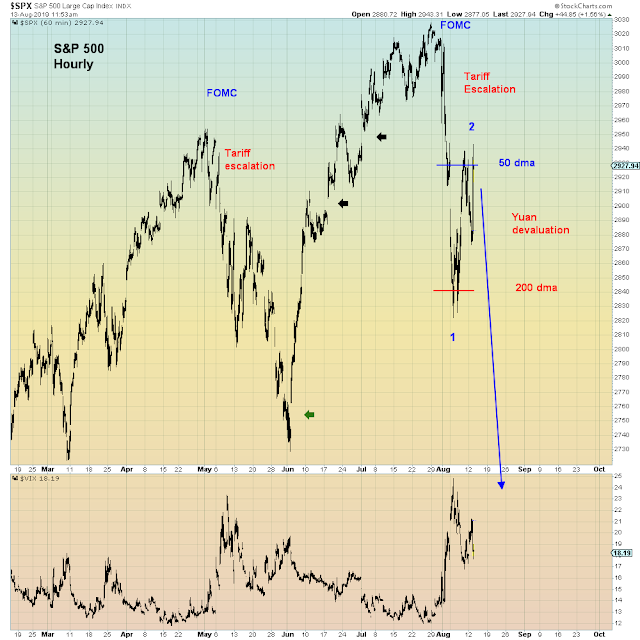 No, I am not your financial advisor. I leave that to the pros... 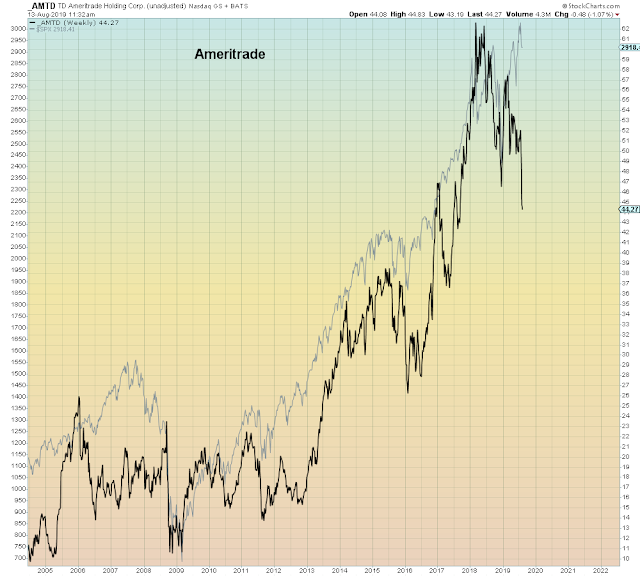