Lessons (Not) Learned. Yet.

While we wait for the inevitable 1929-style crash which will instantaneously morph today's rosy economic prognostications into an end-of-cycle pumpkin - wholly unexpectedly of course - we can reflect on the lessons in this cycle which were assiduously not learned...


First off, the most abiding erroneous belief is that what is good for the stock market is good for the economy. Despite thousands of factories offshored, millions of jobs destroyed, engineering capability lost, and intellectual property "stolen", that lesson still somehow has not been learned. Decades of wage-suppressing imported deflation and it's still not acknowledged that multinational profit comes at the expense of the domestic economy. An aging society ever-more dependent upon return on investment has been recalcitrant in learning this all-important lesson. Even Trump understands the dichotomy, sort of. First he ginned up the stock market with a tax cut and then he launched a trade war to re-organize the global economy to his liking, which in the event has not been accretive to corporate profit.

From an investment perspective, it's like a 747 taking off vertically only to have the load shift to the tail in flight.

In marketing terms it's called a "bait and switch". Although Wall Street calls it a "pump and dump". 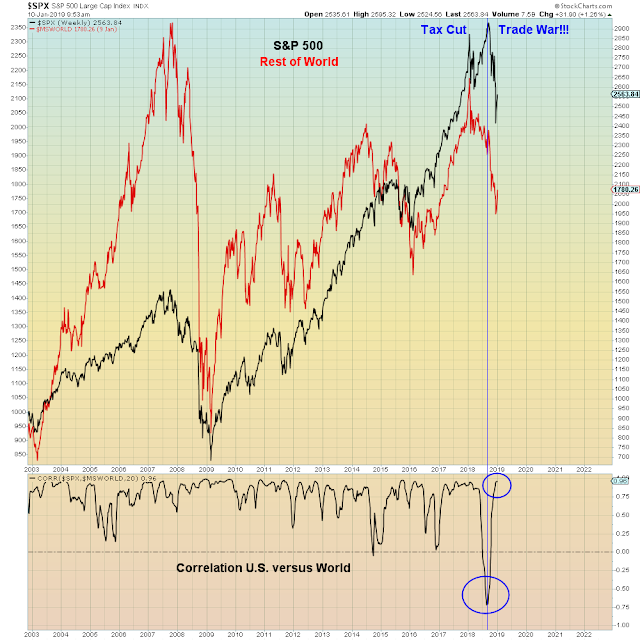 "Has monetary policy aided and abetted risk-taking? I hope so. That's why we did it"
- Anthony Haldane, Bank of England

Today's self-nominated stock "gurus" can regale us with their Magic 8 Ball derived forward earnings estimates all day, it won't matter. Central Bankers may not admit it in their published meeting minutes, but they all know it's true. Their first mandate is "price stability". Their second mandate is "full employment". Their third mandate is "casino management". At the present juncture - and for the first time in a decade, gamblers are ignoring this lesson at their fatal peril. For their part, the Fed is now boxed in by the fact that they said last week that quantitative tightening is not contributing to recent volatility, but if it does, they will stop. Which means after the crash.

The third lesson is related to the second lesson - which is that there is no such thing as "free money". Only a proven Idiocracy would believe that printing money is the secret to effortless wealth. The expansion of the Fed balance sheet sponsored a multi-year low volatility rally in stocks, wholly decoupled from economic reality. When the economy finally began to revive, the requisite shrinking of the balance sheet is now leading to extremely high volatility amid dangerously low liquidity. Similarly, the conflating of government fiscal stimulus as "GDP" is one of the dumbest things this society has contemplated. Had prior generations been this corrupt and complicit, the U.S. would have been bankrupt a very long time ago.

Fourth lesson - and what should have been learned in 2008 - is that you can't trust Wall Street. Shocking, I know. Speculation is by definition a most uncertain enterprise, which leaves the door wide open for all manner of conjecture and chicanery, on ubiquitous display currently. Gamblers are now trapped in the casino by the delusions they've been fed by a Financial Services industry which only gives one type of advice: "buy". The Fiduciary Rule that was shot down by industry lobbyists with the aid of the Trump Administration was intended to put some legal teeth into clamping down on Madoff-inspired investing advice, but alas, some lessons have to be learned the hard way.

The 1929-style bullshit could last another decade. I doubt it.

The fifth lesson not yet learned is that economists can't predict the future, however they can extrapolate the past. In fact they are expert at extrapolating the recent past into the indefinite future. Difficult as that may seem. The variables they most enjoy ignoring are time, debt accumulation, Fed policy, sector rotation, the bond market, commodities, deflation, speculative appetite, and imploding housing markets in broad daylight - basically anything that would prevent them from predicting economic growth as far as the eye can see. Throughout much of the cycle they are right of course, except when it matters the absolute most. Out of a desire to avoid looking individually foolish, they prefer to make their entire profession appear as dumb as a brick.

The sixth lesson not learned is that Globalization already failed. In 2008. Subsequently, the entire world became Japanified, meaning an old age home refusing to change, instead recycling asinine levels of monetary and fiscal stimulus, as a proxy for real demand. Globalization is inherently imbalanced with respect to supply and demand because it failed to raise the standard of living of the poorest people on the planet. Instead post-debt it has lowered the standard of living of everyone else. In other words, Globalization "equalized" the world, but just in the exact opposite way we were told it would.

That is the lesson that is about to get re-"learned". 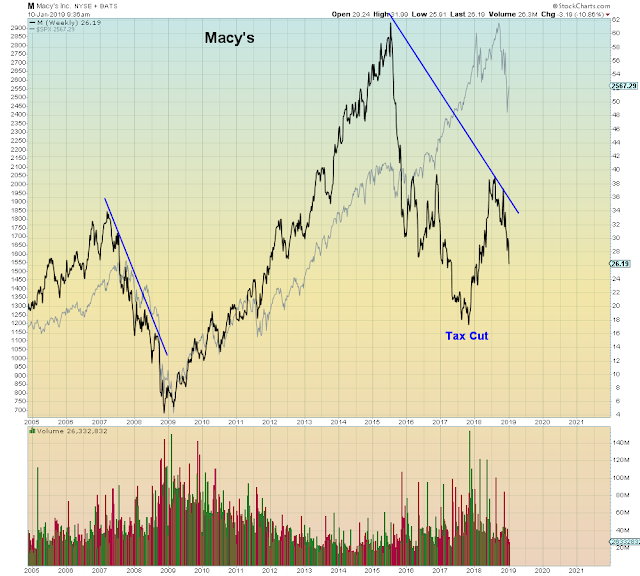