Worshipping At The Altar Of Desecration

The true cost of this failed way of life is not measured in dollars...

The endgame to this Roman Circus has never been clearer than it is right now. Crystal clear. Ten more years of lying abided ten more years of aging, capped off with a blowoff top of unfettered delusion. One could not imagine a more Machiavellian outcome than the one at hand. And yet most people still don't see it coming. The ephemeral "triumph" of human delusion and corporate brainwashing, over nature... 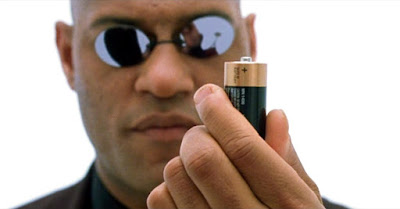 Somewhere along the line America inverted morality to embed the seven deadly sins as aspirational lifestyle. Instead of being used as a way to improve morality, religion was used as a shield to sanction descent into depravity. Now featuring Donald Trump as saviour.

America casts itself as the most religious of all developed nations, and yet it has taken greed and gluttony to a scale no other country can even imagine. The chasmic gap between rich and poor having a gini coefficient on par with the nation of Turkey. Ultra violence is another area where America excels above all others. Whenever violence control measures that have succeeded elsewhere are proposed in the U.S., apologists for the status quo use the argument - "That won't work in the United States, we have an exceptional culture". Who can argue with that logic?

To be sure, there has been a heavy price paid for this faux morality. Trump himself was elected by the "Deaths of despair" campaign strategy. And this past two years is nothing more than taking a failed strategy based upon corruption and immorality to a level that any sane American fifty years ago would never even imagine.

This all falls under the category of self-inflicted abuse. So for those who can possibly imagine a way of life not ordered around "more", there is mostly certainly a future on offer. However, for those welded to the consumption-oriented lifestyle, this is all a massive dead-end.

The proximate cause of failure will be the head-on collision between healthcare and life expectancy, as beyond the mega bubble there will be far too few resources to support an aging population of diabesity-riddled consumption junkies. Rationing of resources will be a death sentence for the chronically ill, especially those needing assisted living. The costs of assisted living are already skyrocketing. And the demographic peak of aging is still years in the future.

The only defense against chronic illness is a healthy lifestyle. But try telling that to a society that treats its own bodies like a corporate toxic waste dump. No surprise, obesity levels spiked sharply in the past ten years, as the decade of lying took its toll on mental and physical health.

Throughout this age of "more", nature has inflicted its insidious toll in the continual trade-off between quality and quantity. Sure there is more quantity of food to be found in the grocery stores, but most of it is mass produced nutritionally void Frankenfood. Most people can't afford to buy organic foods, and most don't. Therefore they are at the mercy of Monsanto and Dupont. Which sadly have no mercy, only a quarterly bottom line that must increase metronomically. To date, much of the true cost of their corporate "externalities" has been borne by broader society. However, post bubble crash those unaccounted "externalities" of disintegrating societal mental and physical health will spill out onto the street. As "more" gets unceremoniously realigned with nature and reality.

This has been an interesting experiment in inverting morality, but the cost of it all has been rising in lockstep. And it was never hidden from view. Especially when Donny entered the circus signaling the endgame was nigh. And yet who could warn them not to embrace the deathstyle of "more".

Their idols on TV selling it to them? 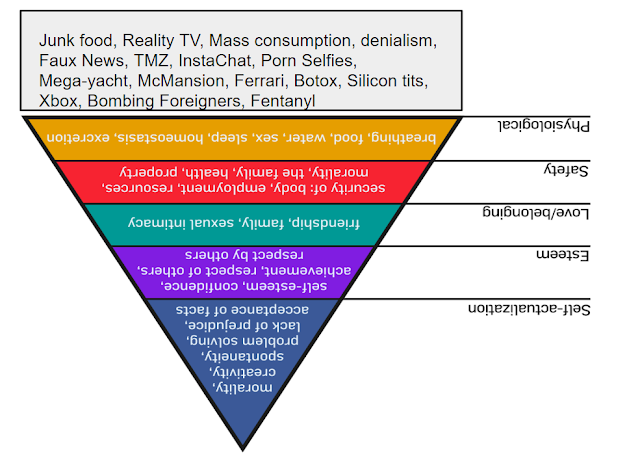