The problem with denial as a "strategy" is that problems only get worse in the meantime. Headlines are just now blaring recession risk, but the systemic risk that has built up under the surface will make recession look like a good time. Ten years of artificial levitation has led to record leverage and record complacency. The populace at large is in no way prepared for what comes next...

Another 90% down day on Wednesday aka. buying opportunity. 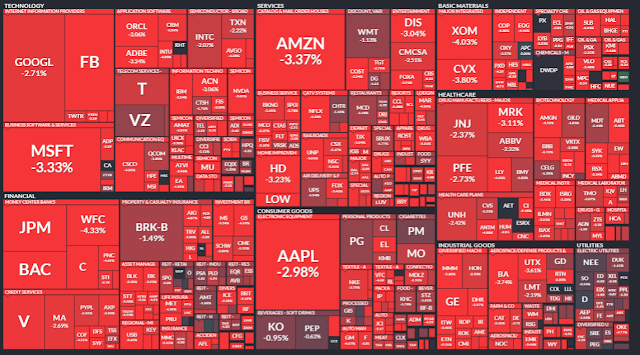 The "R" word is now getting thrown around very loosely. It appears that Go Daddy is not a reliable recession indicator. Who knew?

"The spread between the U.S. 2-year and 10-year yields on Wednesday turned negative for the first time since 2007. Such a development has occurred ahead of each and every U.S. recession of the last 50 years"
“If you depended on equities to tell you whether you are entering into a recession you did not do well...Equities did well in the first half of 2008 when we were in a recession"

"I bought for the trade war, but I stayed for the low interest rates" 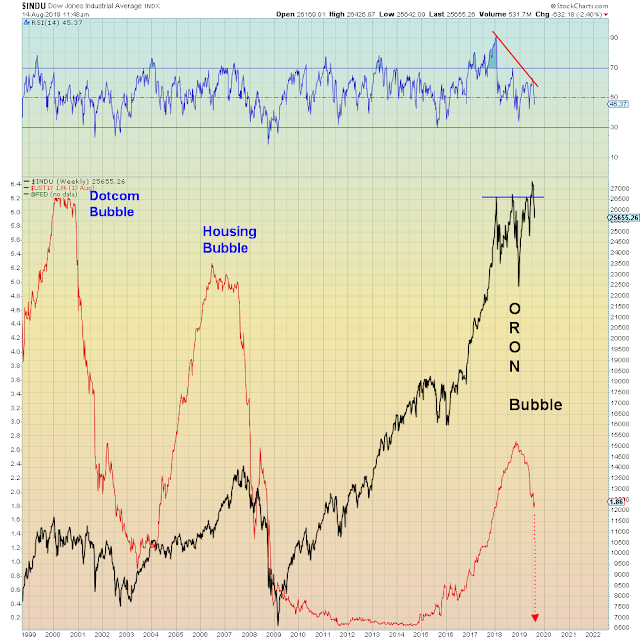 Forrest Trump has been adamant that consumers are not affected by his tariffs and yet yesterday he delayed implementation of the new tariffs for certain goods as a Christmas gift to shoppers. He is an inveterate liar:

Retail stocks of course were ramped yesterday on the news stoking a 400 point Dow rally.
One day later they got monkey hammered:

This is the largest shopping mall operator in the U.S. 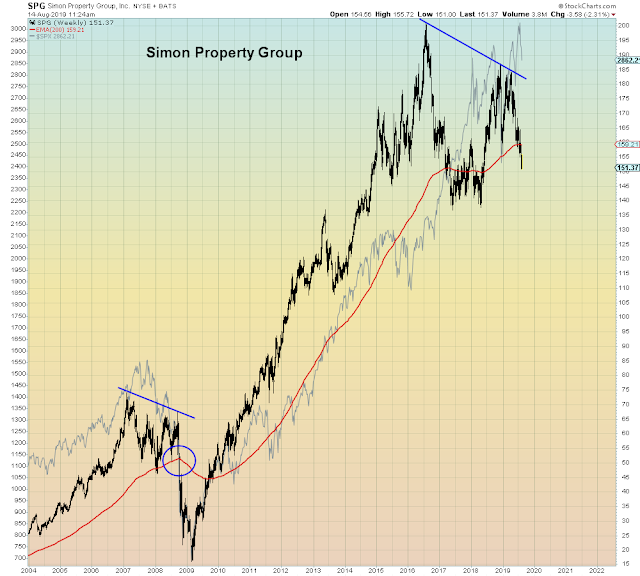 Financials are getting monkey hammered by the inverted yield curve.
But, don't worry, be fat, dumb, and happy. Two dunces for the price of everything:

“I look at the S&P top 50 companies, and it’s very hard to find ones that are really hurt by this” 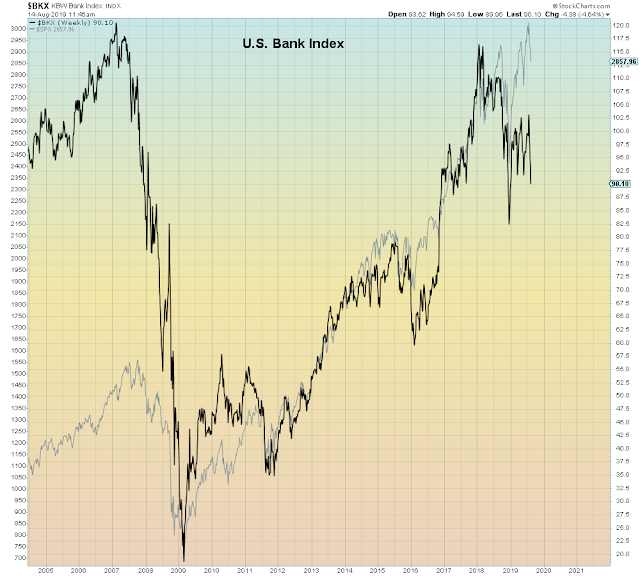 Nifty Fifty:
"The term Nifty Fifty was an informal designation for fifty popular large-cap stocks on the New York Stock Exchange in the 1960s and 1970s that were widely regarded as solid buy and hold growth stocks, or "Blue-chip" stocks. These fifty stocks are credited by historians with propelling the bull market of the early 1970s, while their subsequent crash and underperformance through the early 1980s are an example of what may occur following a period during which many investors, influenced by a positive market sentiment, ignore fundamental stock valuation metrics" 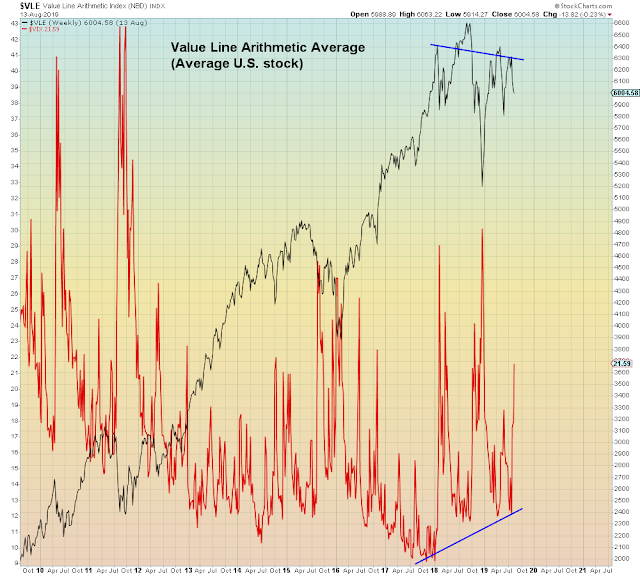 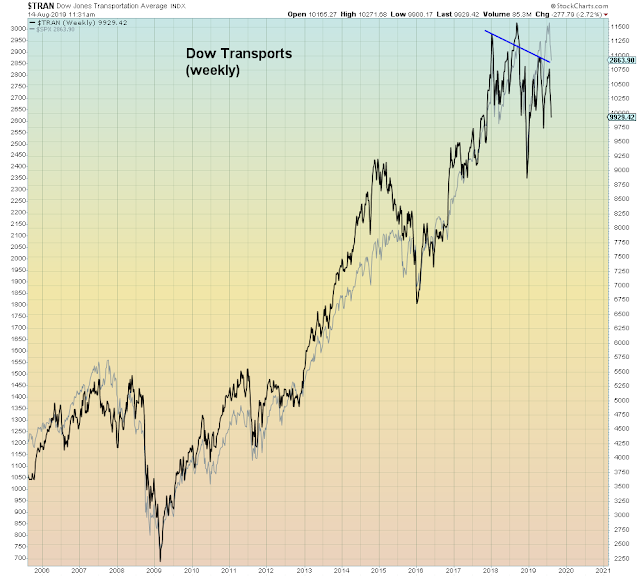 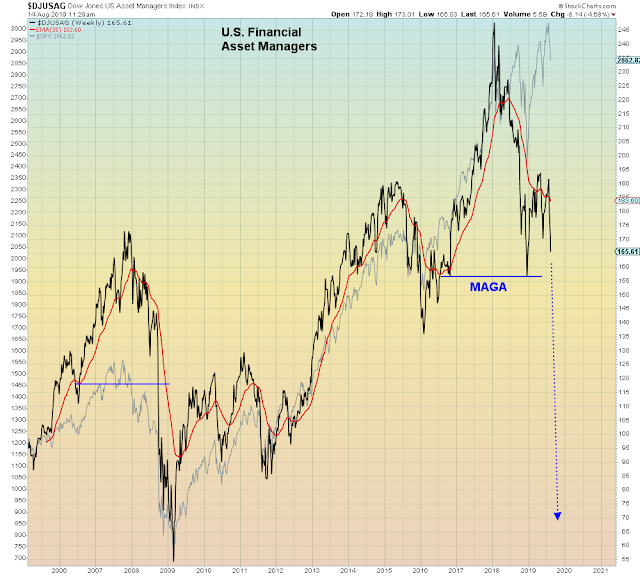