Deja vu of 2008, the reign of Banana Republicans is ending badly. Shocking as that may sound. This time, none of them see it coming, since they apparently conned themselves as well...

"The stock market in 2018 experienced its first loss since 2008, in the middle of the Great Recession"

"No denialist saw it coming"
"I don't believe it" 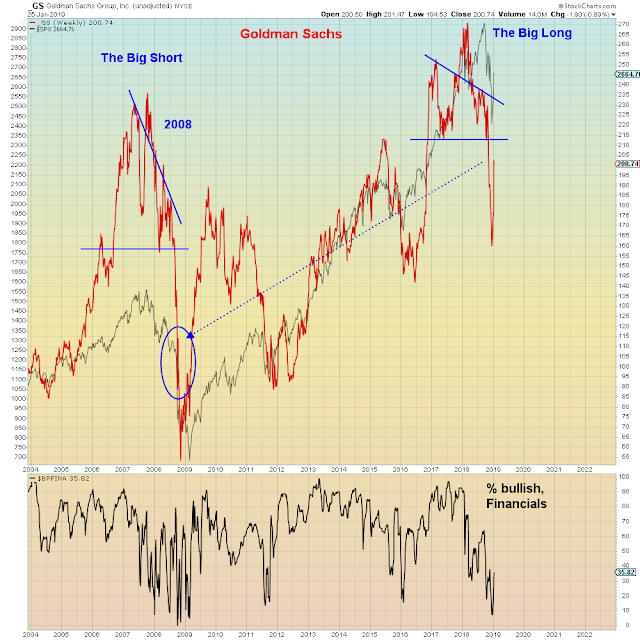 Looking back, ever-clueless economists will place the beginning of recession in this timeframe since the wall shutdown. The cost of the wall will be borne by those who demanded it...


First off, were it not for plundering of the Treasury, the U.S. would have entered recession in 2018. The U.S. deficit in 2018 was 4% of GDP. Widening deficit has preceded the last two recessions.  Had prior generations been as corrupt as this one - fully conflating Federal debt with "GDP" - the U.S. would have been bankrupt a long time ago: 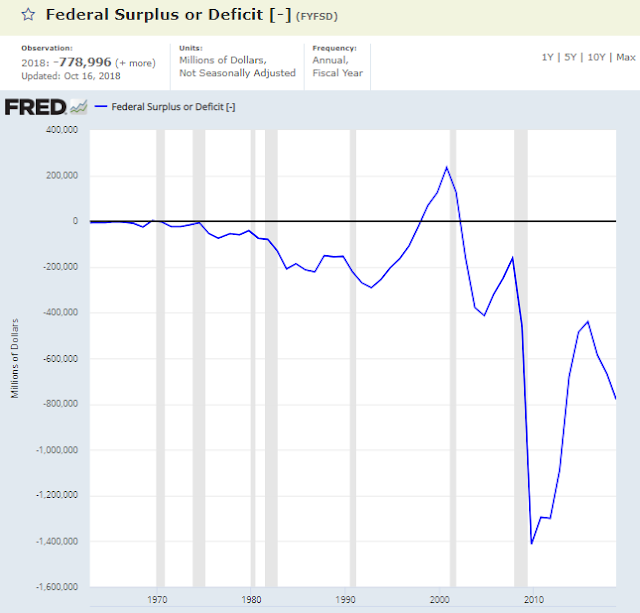 What we see is that in late December 2018, Consumer Discretionary technicals reached a same low seen in December 2007 which was the start of recession: 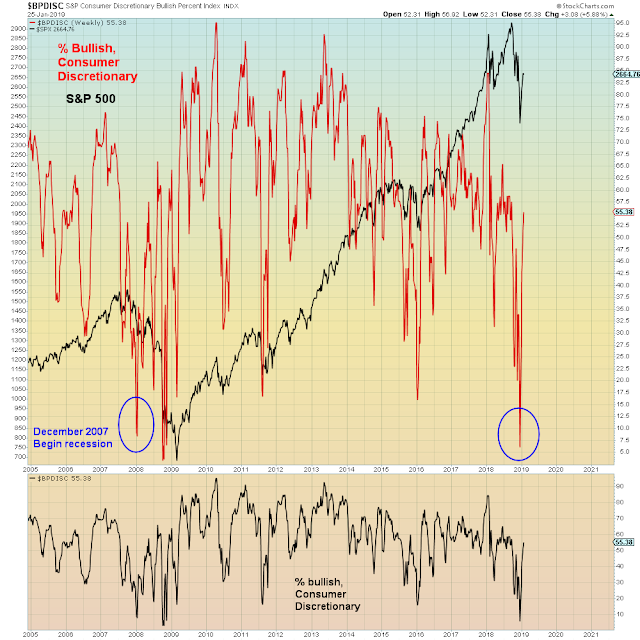 Consumer Staples technicals are lingering at 2008 lows, having given back three years of gains at the December low: 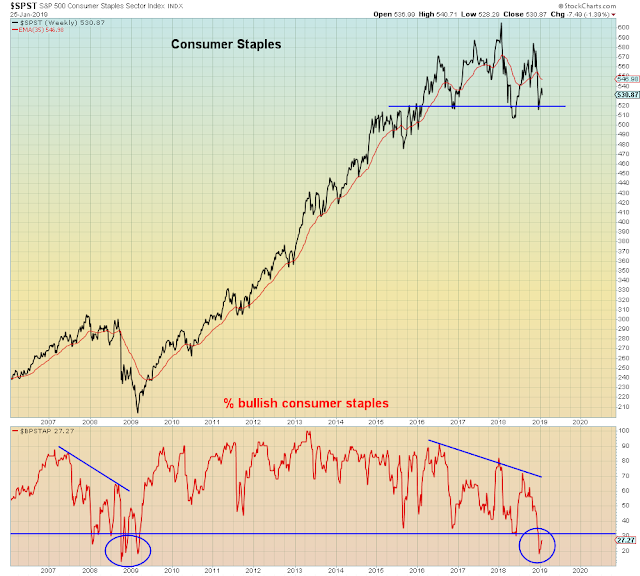 Speaking of smoke and mirrors, Zerohedge reminds us that 2018 was the year of peak stock buybacks. 2019 is "expected" to be a reduction versus 2018. Of what final magnitude won't be known until the end of the year. I suggest with the deterioration in credit markets, and peak earnings, it will be a sizable reduction.

In any event, record stock buybacks during 2018 netted a clean -20% drop in the S&P 500 during the fourth quarter.

Here we see that the Stock Buyback Achiever's Index peaked exactly one year ago: 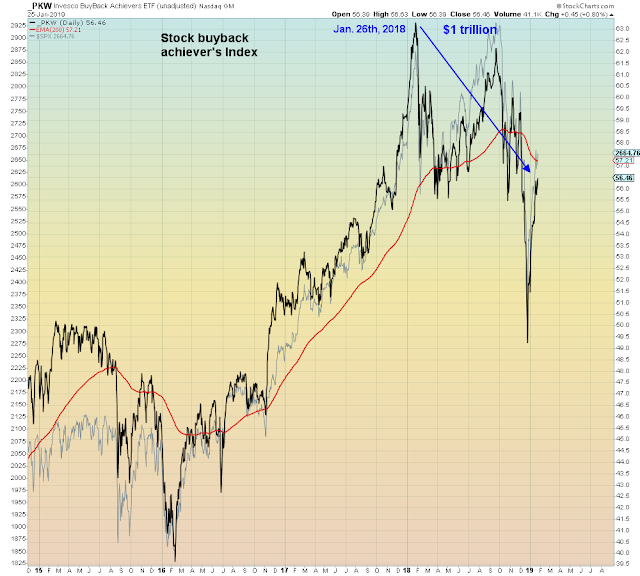 2018 will be remembered for record smoke and mirrors, leading to an "unforeseen" crash in broad daylight: 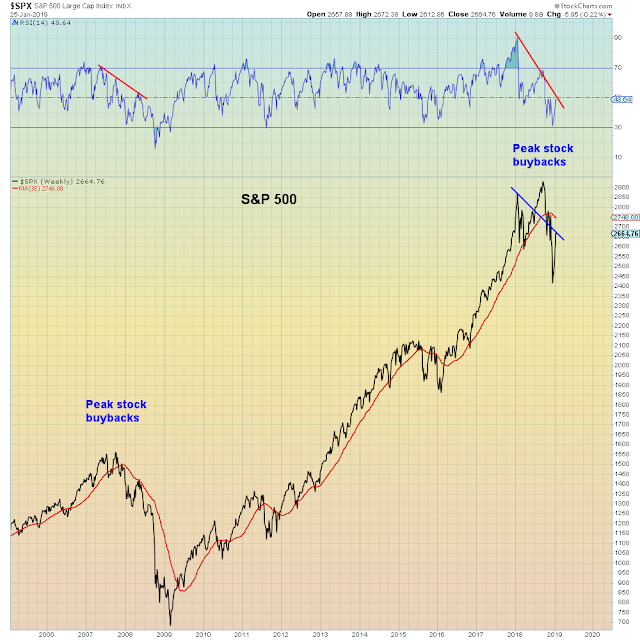 Suspending pay for 800,000 Federal workers at the end of the cycle in order to set another new low point for U.S. democracy by attempting to blackmail Congress into paying for a wall, will be seen as a fatal blunder.