Per Naomi Klein's book, this past decade was textbook corporate Shock Doctrine, post-Lehman. The cost of this vacation from reality is measured in mass shootings and fentanyl-assisted suicides...

The "ethos" that belies the global economy right now is the re-marketing of proven failure as success - to the benefit of an ever-more miniscule segment of society. Warren Buffett just announced that the Trump tax cut was responsible for almost half of his wealth gain in 2017. He forgot to mention that the 2008 bailout was responsible for the rest. But he agrees that printing money is the secret to effortless wealth...

What began as the rapacious liquidation of the economy to the benefit of the stock market, will only end up with the dumbfucked realization that neither was spared. The most common refrain in this era, among the geriatric-set is that "this will all end badly, but not in my time". If the Baby Boomers had a generational slogan, that would be it. Suffice to say there is ample opportunity for surprise. 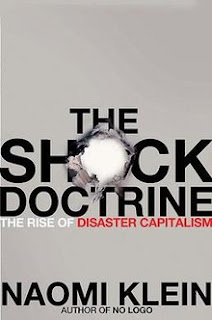 Globalization was the liquidation of the local economy to the benefit of the pseudo-global economy, aka. corporate profit. A debt-conflated economic failure from inception, which came crashing down in 2008. The subsequent 0% capital that flooded the globe post-Lehman was testament to the fact that return on capital was now consigned to the same fate bestowed upon return on labour. But, Bernankenstein and his League of Extraordinary Money Printers had one more trick up their sleeve: The Jedi Mind Trick - expansion of the money supply to levitate risk assets. A dumb enough idea in its own right, but made far worse yet by the fact that it papered over yet another obligatory round of corporate Shock Doctrine. Globalization was the obligatory conflation of Supply and Debt with Supply and Demand. Global debt levels have risen in lockstep with global asset values. The only difference being that liabilities are contractually constrained, whereas collateral in a down market is not. The global billionaire oligarchs and their errand-boys in politics have unlimited capacity to accept humanity suffering in the cause of their wealth accumulation.

At this latent juncture, what is even more ludicrous than the fact that they believed their gambit would work, is the fact that they are now actively unwinding that asset levitation stimulus under the assumption that the casino won't collapse. Two weeks ago, witnessed the lowest liquidity in two decades - as measured by the depth of the S&P futures order book. A widely ignored warning that this delusion does not go in reverse.

Below is the chart that gamblers, had they had any inkling to care about reality, would be most concerned about. This shows the net effect of the Trump tax cut. For the first time since 2008, cash is now yielding more than the S&P 500. Which means that stocks are now going up solely due to the greater fool theory. 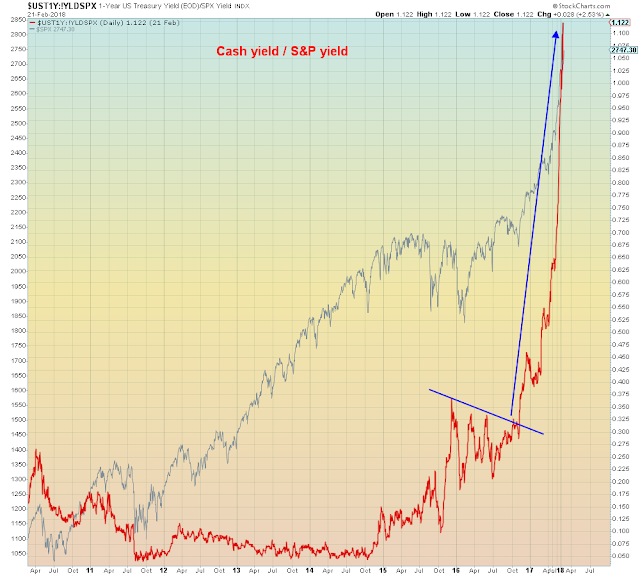 Contrary to popular belief, this mass delusion is no longer about Central Banks priming the pump. This is solely about a demented society believing that this will be the first expansion in world history that lasts forever - the cycle is no longer cyclical. Profits have reached a new permanent plateau. Deja vu of 1929... 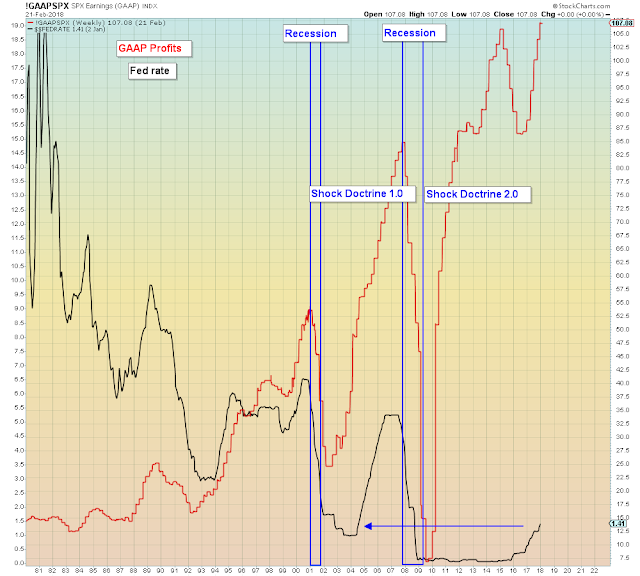 Friday short-covering aside, here is what we learned this past week:

In 2008 the Fed was preoccupied with inflation...[Bueller?]

In his first months as a Fed governor back in 2012, Powell was among those who pressured then-chair Bernanke for more clarity on his plan to “taper” the central bank’s bond buying"

Liquidity is at record low levels, but unlike 2012, no casino bailout is on the table this time. Thanks to fake reflation aka. Trump tax cut, and the most hawkish Fed chief since Paul Volcker. 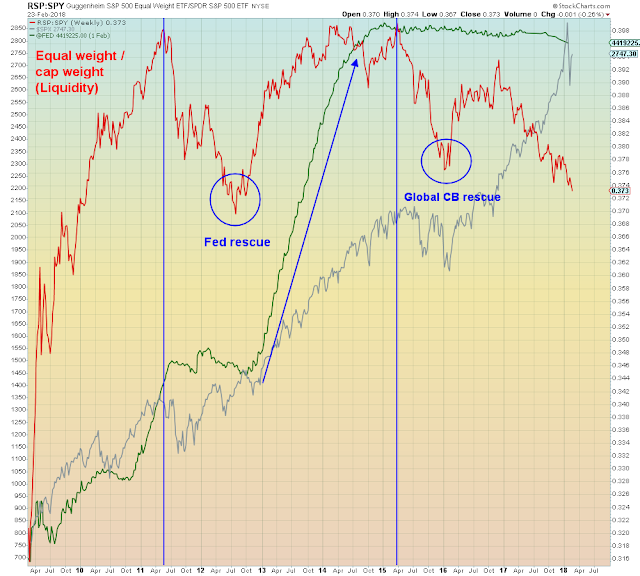 "Higher interest rates could lure cash out of the stock market and into bonds as yields rise." 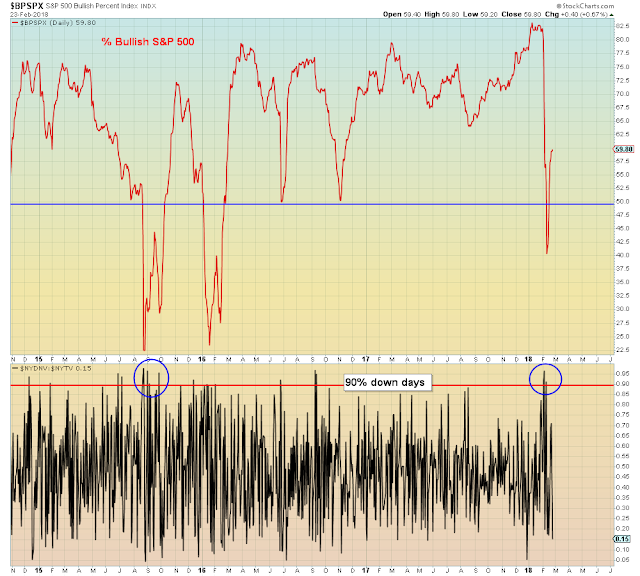 There's no such thing as free money. All children know this... 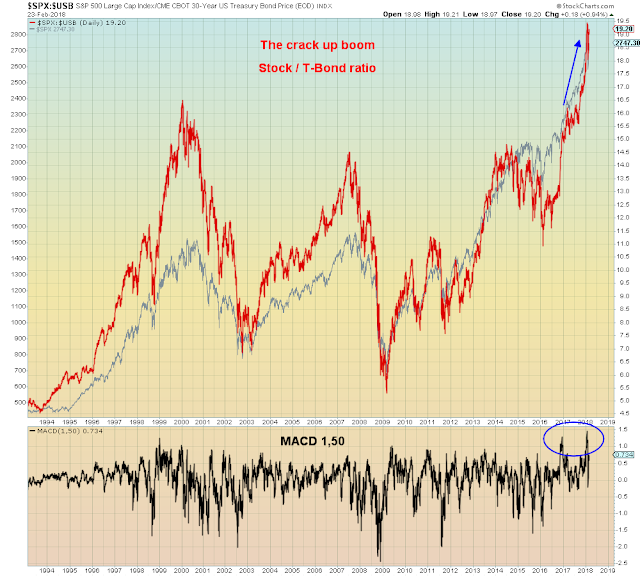 "Reagan was cutting taxes, the Fed was raising interest rates. There was a new Fed sheriff in town, Alan Greenspan. He was tested immediately" 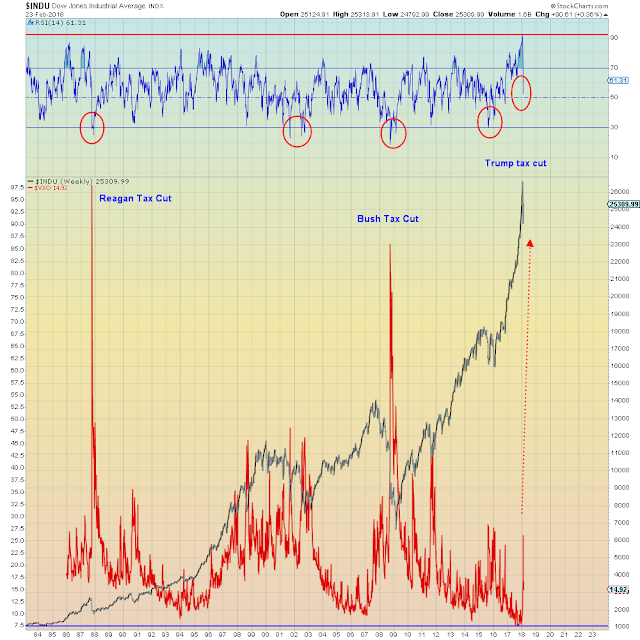