Ponzi Capitalism is Collapsing from the Outside In

But unfortunately you can't convince people that the impossible is not possible, even when it's falling apart right in front of their own eyes 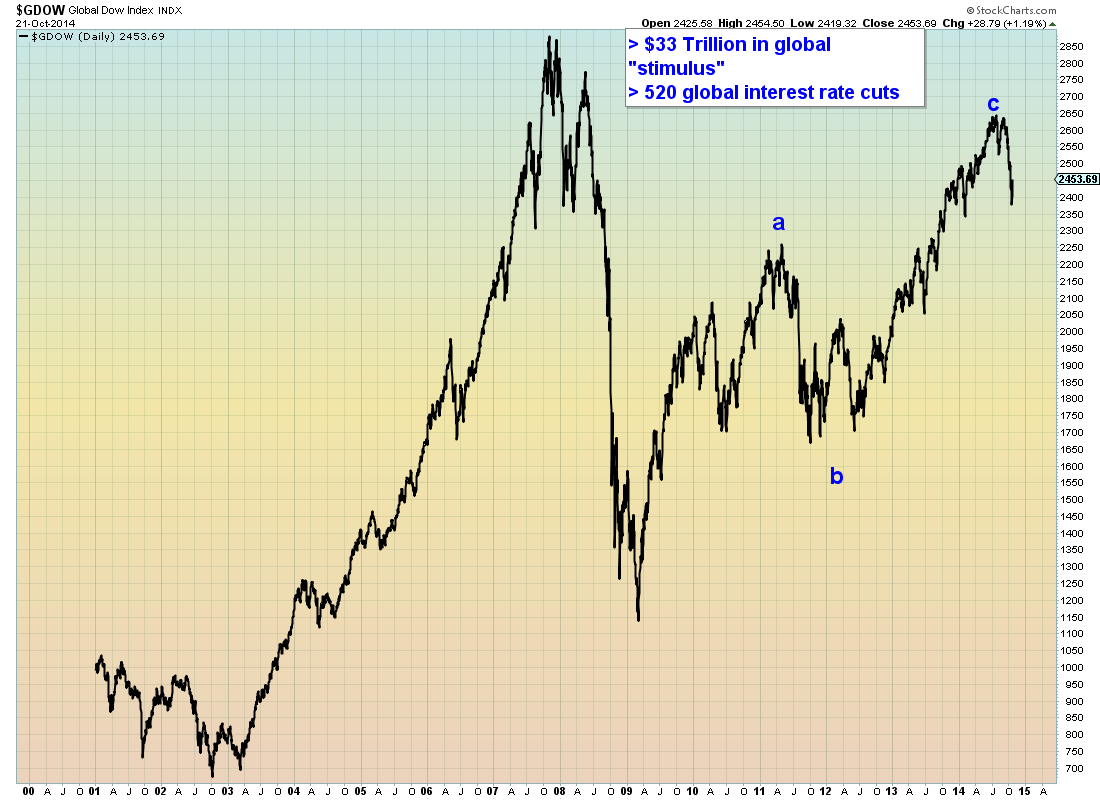 This blog is like pounding sand up my ass...

MW Oct. 17th, 2014:
"Drowning in a global sea of red"
"even as U.S. market has endured a stomach-churning pullback, the last few months have been much worse for stock markets around the world. Of the 46 global stock markets I monitor daily at my firm Global Guru Capital — not a single one is in positive territory for the past month."

"Only 14 of the 46 global stock-market ETFs I monitor are in positive territory year to date, as of Thursday's close."

Top Performing Markets of 2014:
India, Thailand, Philippines, Pakistan, New Zealand and...
(some of these I added, since he omitted them)

Did he mention Gulf States? Yes, he did...
UAE ETF 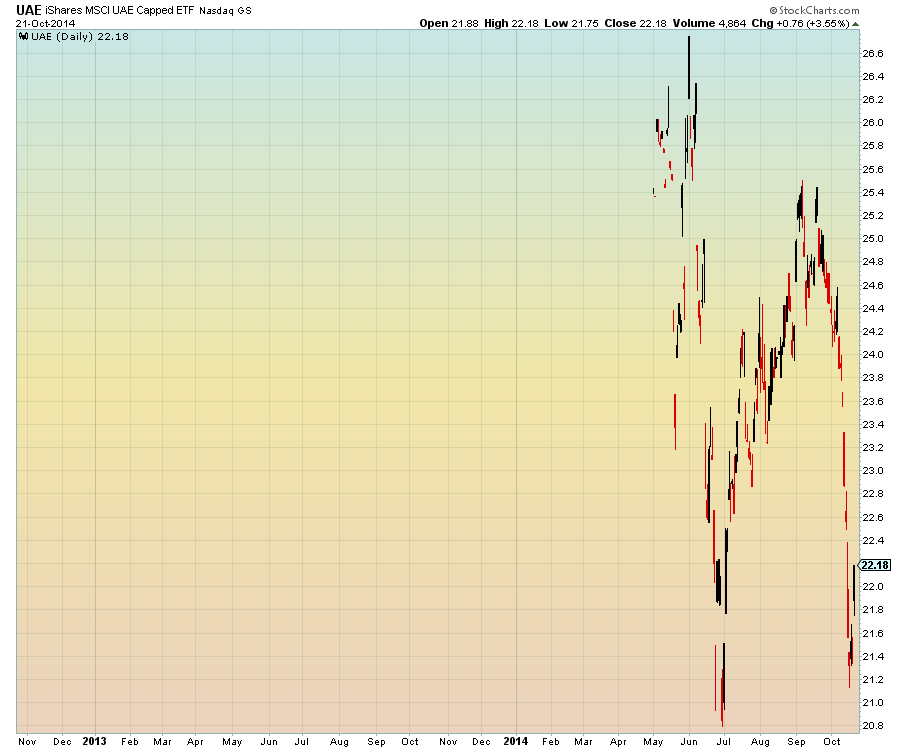 He didn't mention Argentina, top performing stock market of 2014
The benefits of defaulting on one's own debt 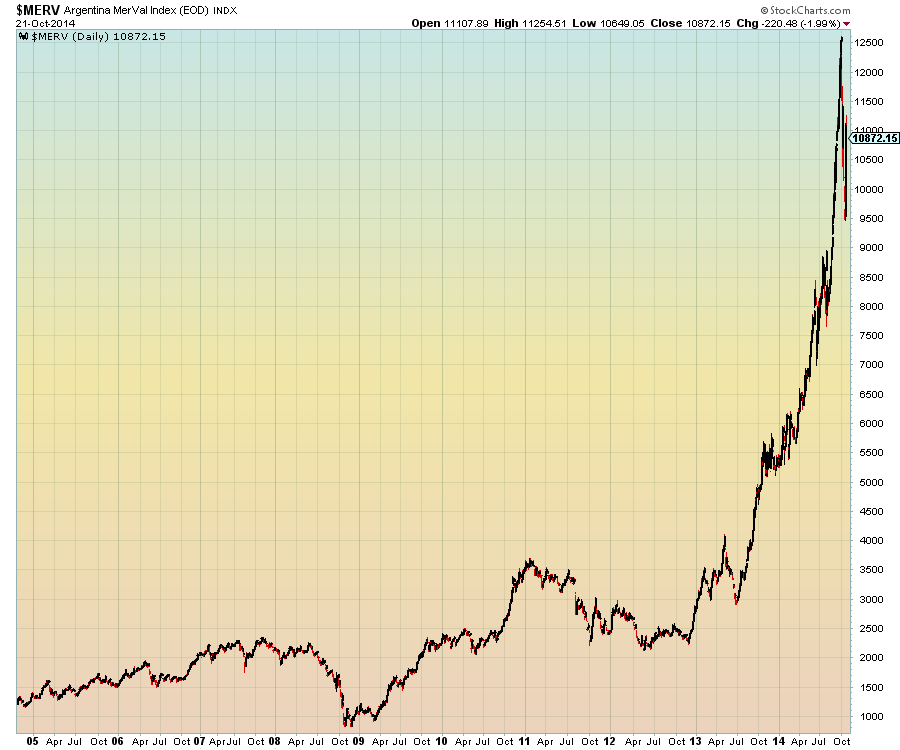 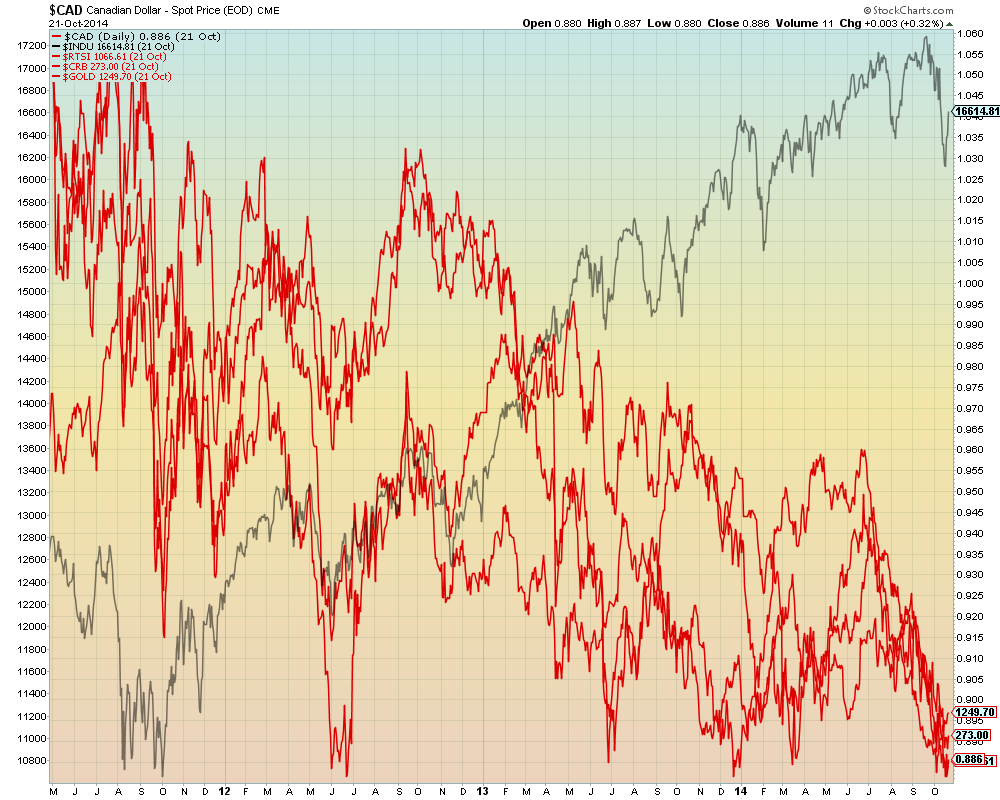 Blogging about a collapse that is taking place in real-time, is and always has been, a fool's errand of the highest order.

Until they get a rocket shot straight up their own ass, they won't believe you.