Surrounded by Psychopaths. The Inner Party is in Full Control

This era is a test of sanity, honesty and morality. Best not to fail. 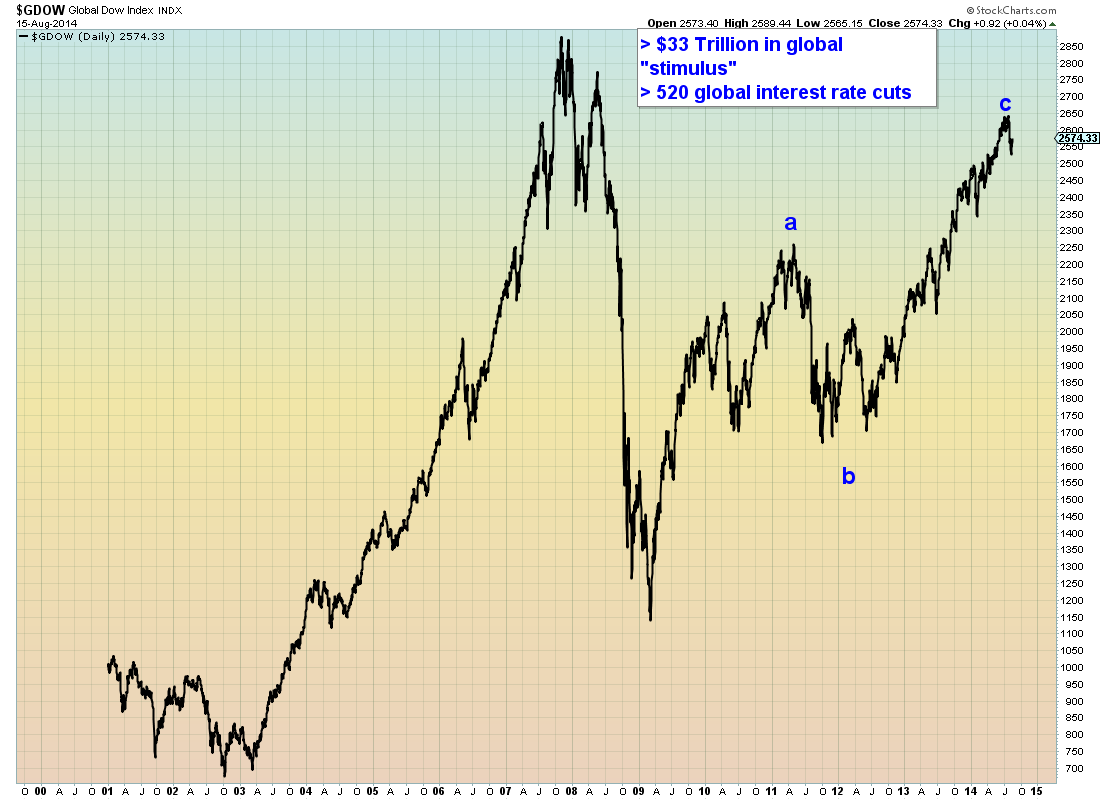 The Last to Know: Ponzi Schemes Collapse from the Bottom Up
Why are we being lied to so incessantly? What type of dystopian insane asylum are we trapped in anyway? First they enslaved the working class, who have no voice. Then they outsourced the middle class, who no longer exist. Then they shrink-wrapped the yuppy class (aka. "The Outer Party", in Orwellian-speak) who never speak out of turn, anyway. Who is left? Oh right, the billionaires, aka. The Inner Party. They control the media, they control the message (more on that below).

Oh, and I forgot to mention that the Lehman Indicators all correctly predicted the recent (so far) market top...

[July 26th, 2014]
Ignoring the Lehman Indicators: In the Era of Risk Amplification
The indicators worked great in identifying the market top, as they did in 2008.

Below are the best indicators, so far: 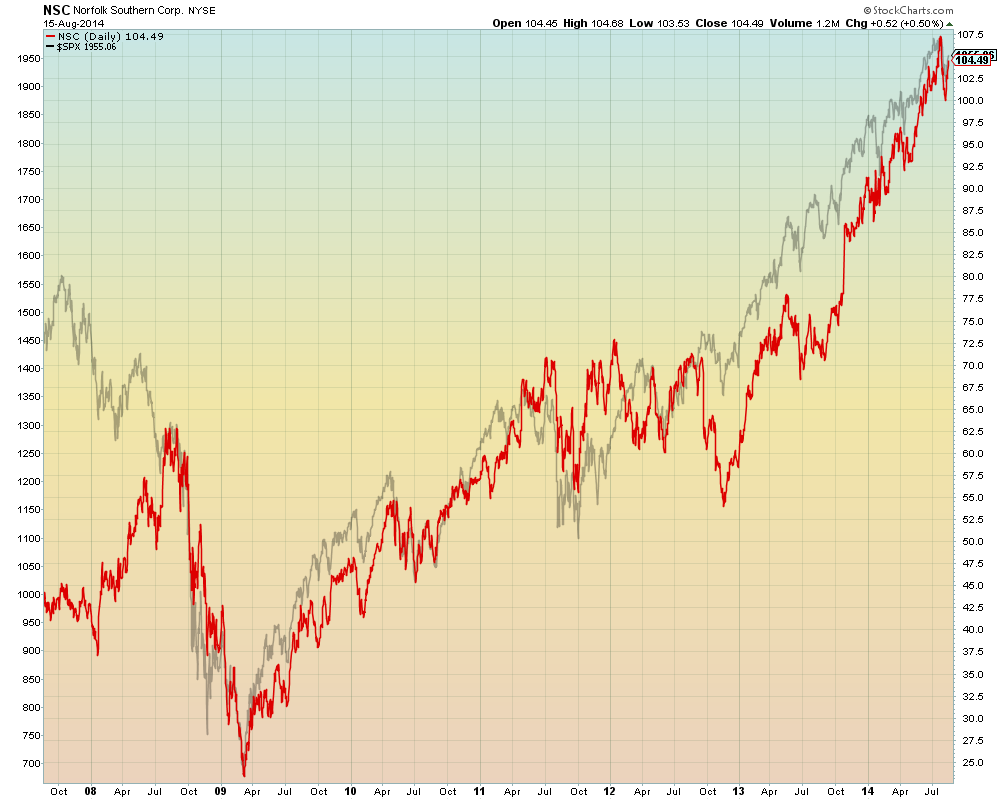 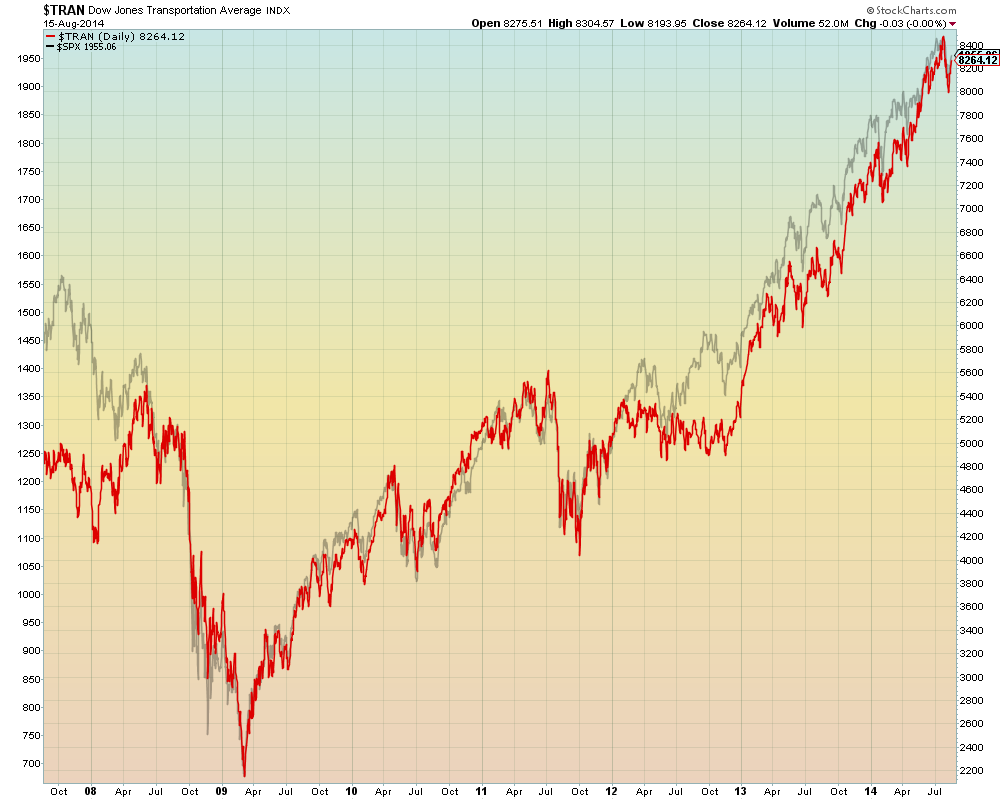 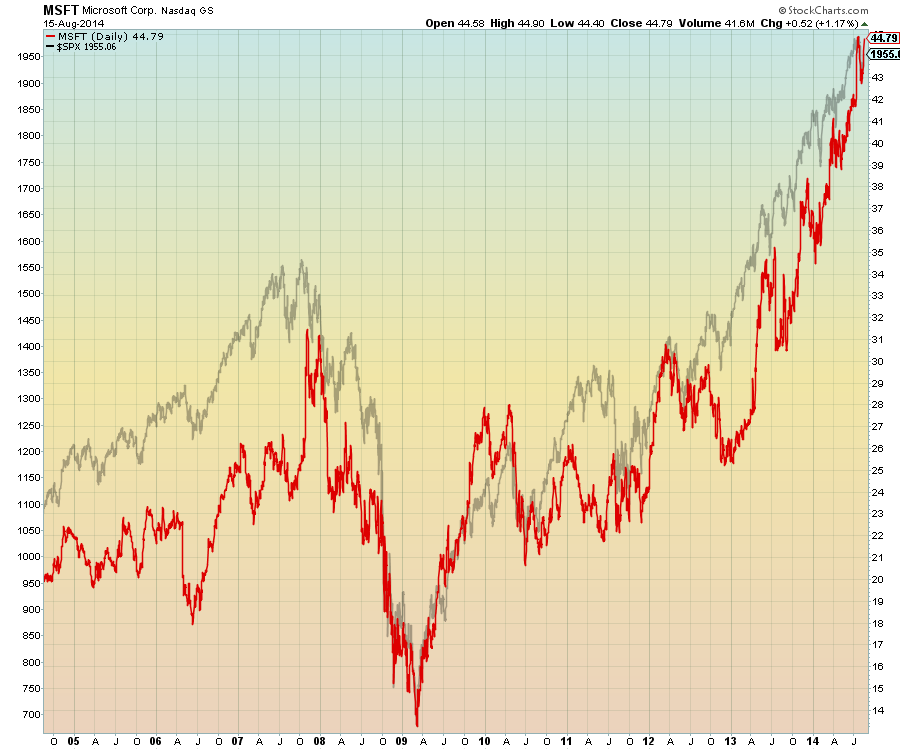 Speaking of Billunaires
Here is where it gets interesting. Getting back to the point of this post and the illusion that is constantly being crammed down our throats, I found it highly ironic that Microsoft - one of the top stocks by market cap - was a star late performer. Then I realized that all of the highest market cap stocks (highest weighted in the index) were all late outperformers: Apple, Exxon, Microsoft, Johnson & Johnson, and one more Berkshire Hathaway, Warren Buffett's company. 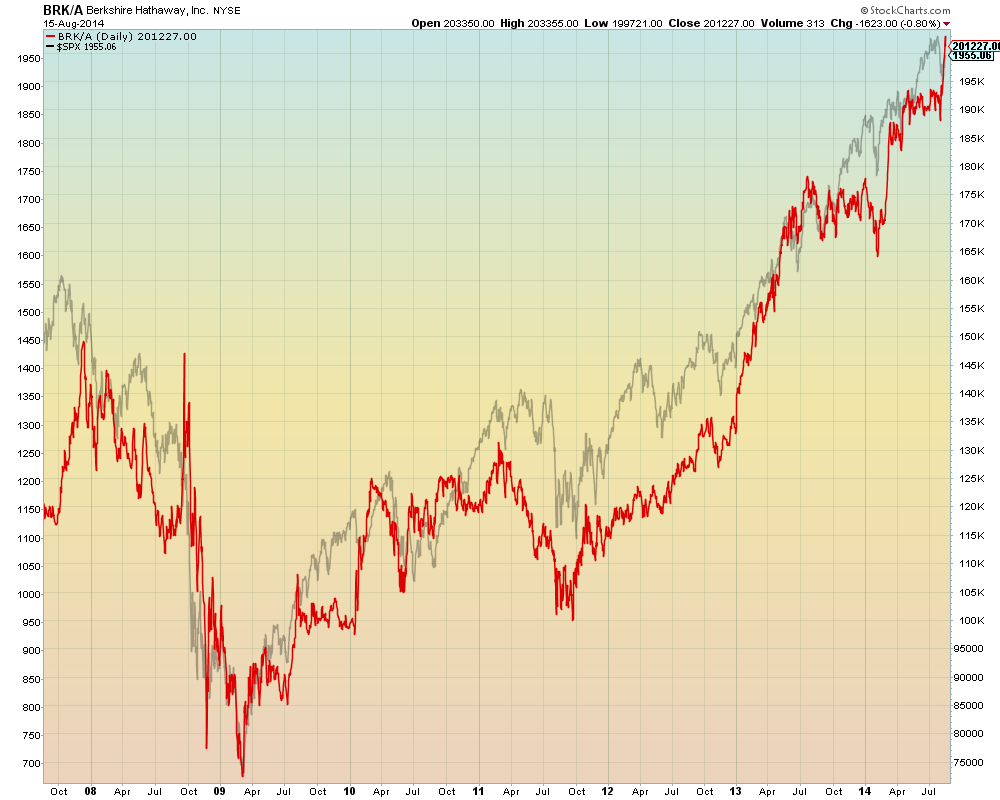 The Hunger Games Economy
So that's the billionaire illusion - the one that CNBC keys off of, consisting of the top market cap stocks all being taken for a vertical ride at the end of a multi-year rally.

Here below is the lower part of the Ponzi Scheme has been falling apart in real-time. 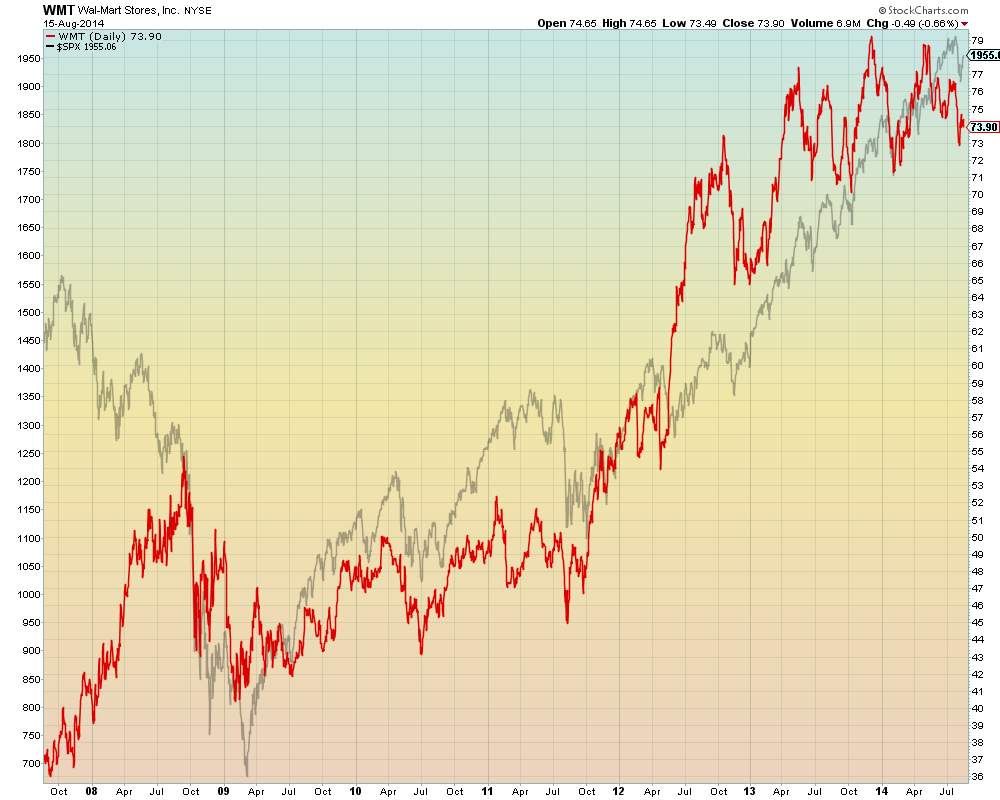 The Middle Class no longer exists, so we will skip that discussion. However, now the yuppy class is being self-cannibalized:

[Aug. 17, 2014]
China Contagion: Diamonds & Wine Plunge To 4-Year Lows
"It would appear the world's wealthiest are done with such small increments of wealth as fine wines and diamonds, preferring $100 million apartments and $38 million ferraris." 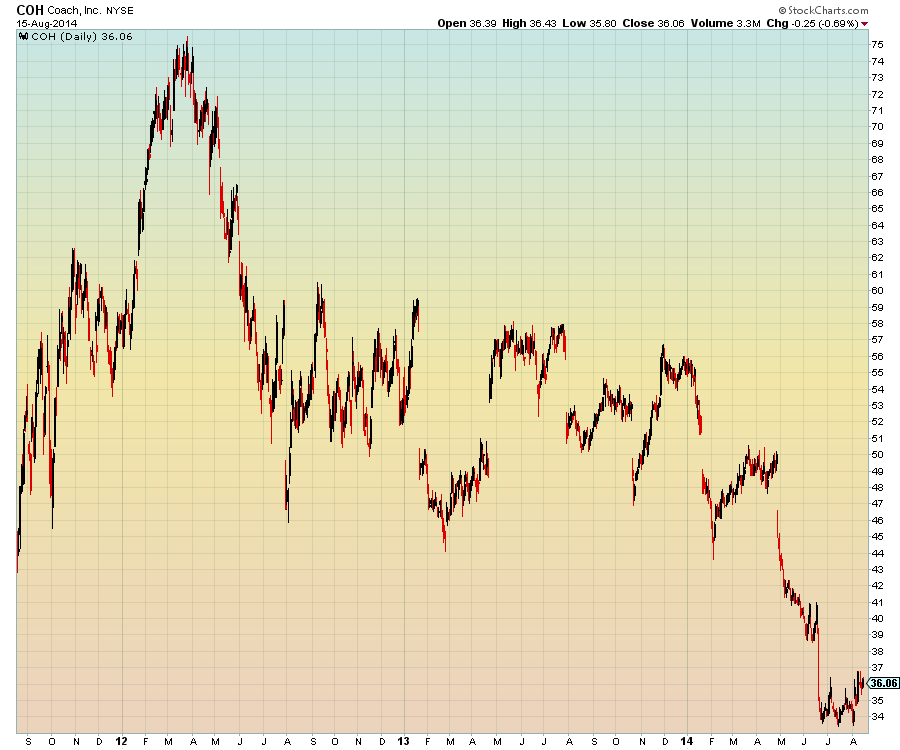 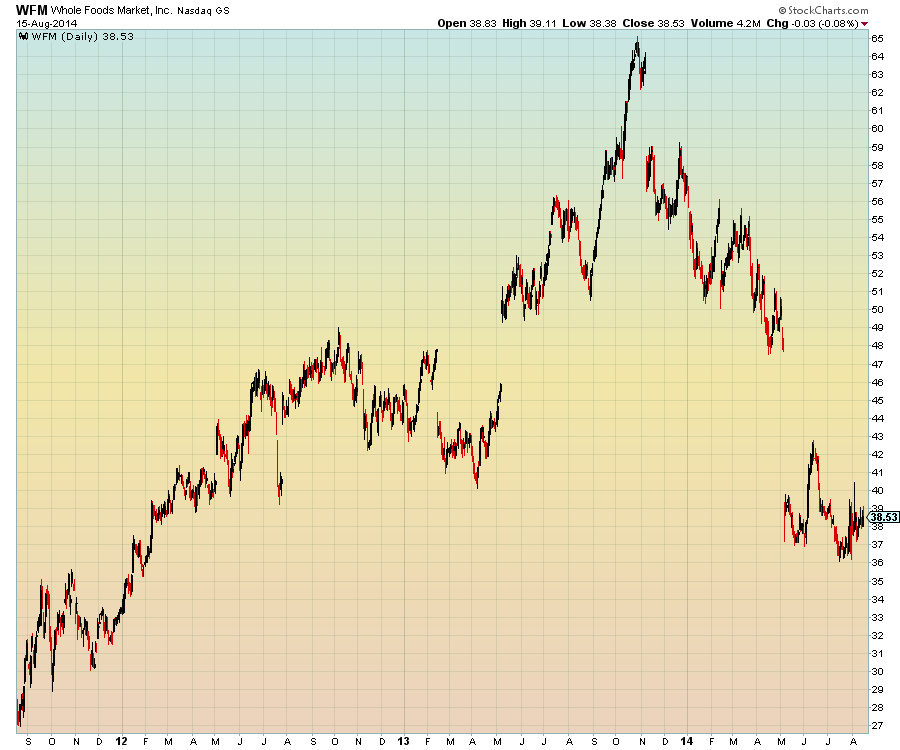 THEN THERE WERE NONE.