Not one day goes by when some prognosticator doesn't give some specious reason for buying into the already collapsing status quo. It's unbelievable...

What Stocks Should I Buy In a Bubble?
"as the Federal Reserve keeps unprecedented “emergency extraordinary measures” of easy money and 0% interest rates and as the Republican, Democrat and global governments’ policies are all geared to corporate profit growth, my analysis and my playbook continues to point to ever bigger bubble-blowing bull markets ahead in the stock market in general and in the high-flying momentum stocks. "

"...all that money that continues to come into the stock market from retirees and retail investors around the world who are presently being forced into risky stocks and other risky assets since 0% interest rates don’t provide income, is clearly creating imbalances in the economy and the markets..."

This is Not Y2K
[Insert assorted bullshit here]
...In summary...
"today’s stock market, it is nowhere near as overheated as it was 14 years ago..."

What we are experiencing isn't just a stock market bubble, it's the largest bubble in human history aka. the Globalization Bubble. But since most people take it for granted, they can't see it. Regardless, there is no comparison between now and Y2K:

The Jedi Mind Trick for the Stunned Masses
Dow with Fed Balance Sheet
He's right, this is not like Y2K - back then the Fed wasn't buying stocks... 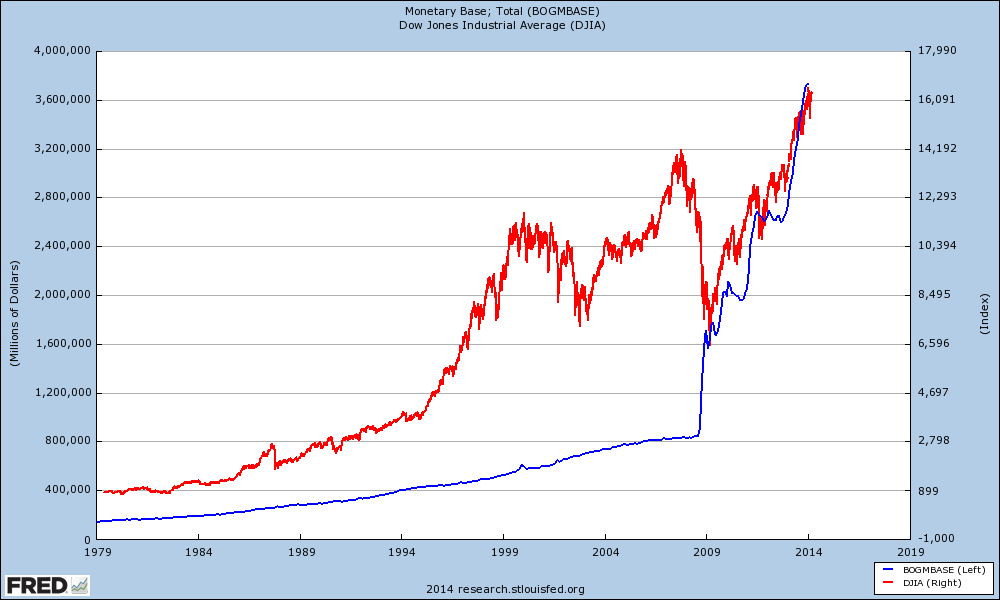 The Ultimate Bubble
Profits as % of GDP: All Time U.S. High
4% in Y2K and 11% today
There is no meaningful way to compare stock P/E "valuations" between now and Y2K with profit margins now 7% higher as a % of GDP. "Prices seem reasonable". Duh... 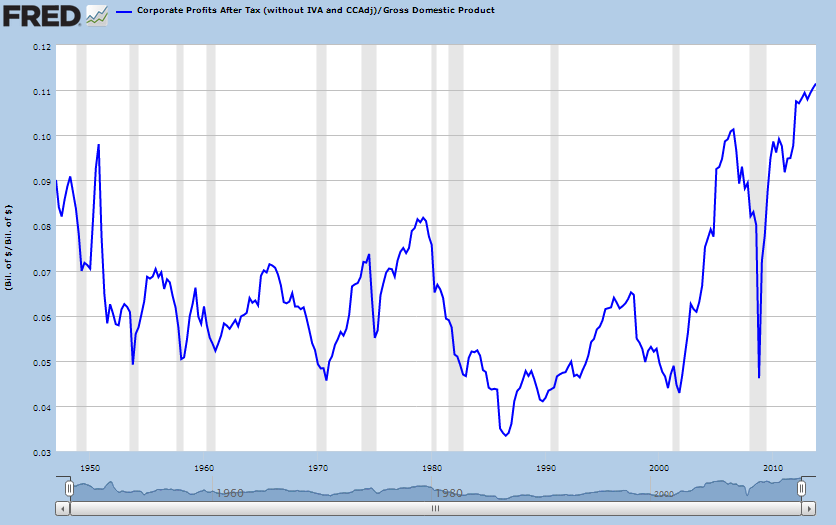 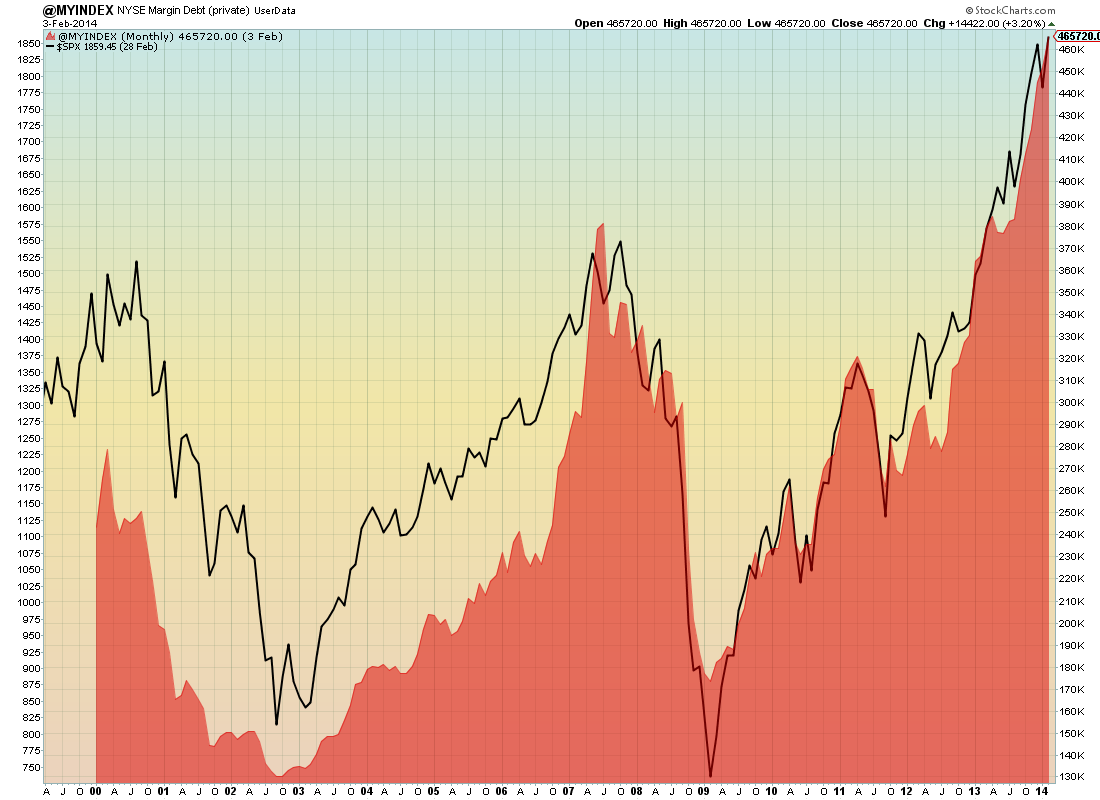 "There's no subprime here"
Financial Deathstar 2.0: Guaranteed to Fuck Things Up for Real This Time 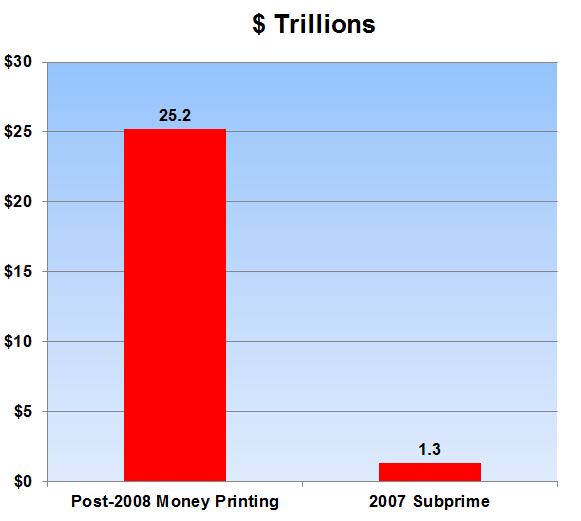 Zero Hedge
Index Put/Call
Don't worry, it's not a bubble... 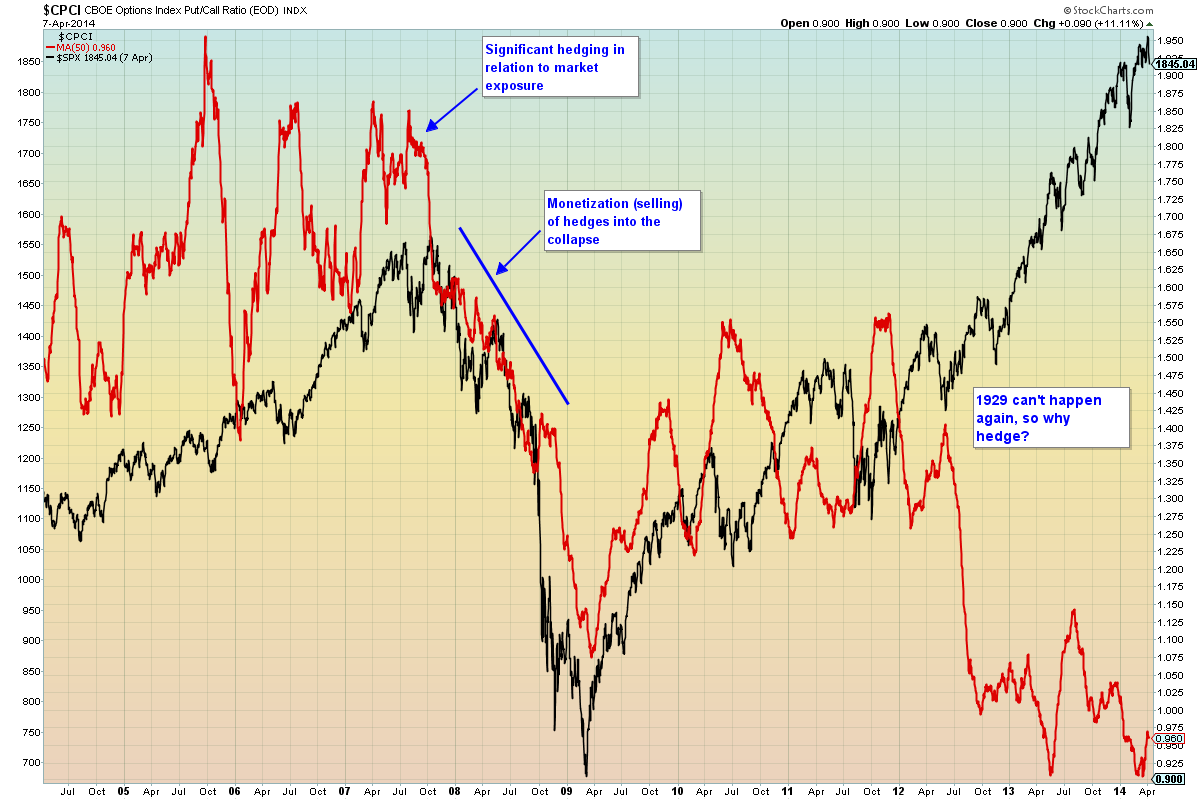 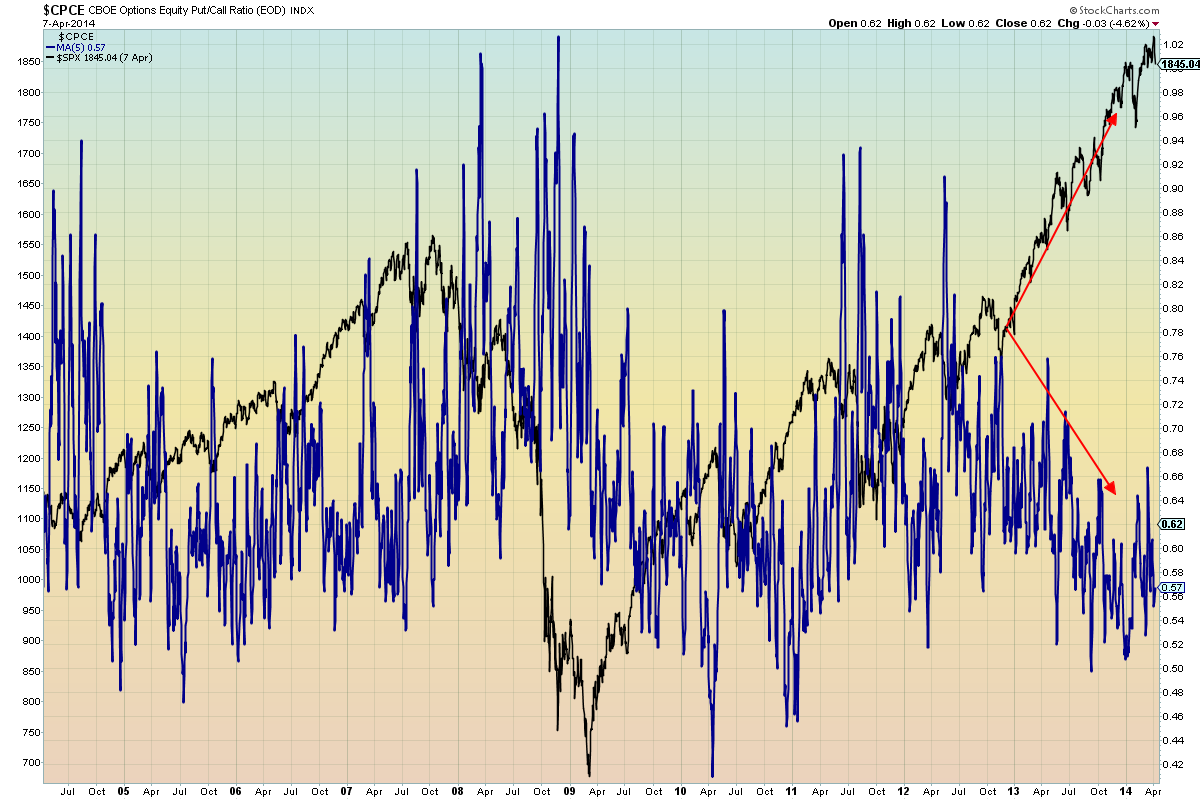 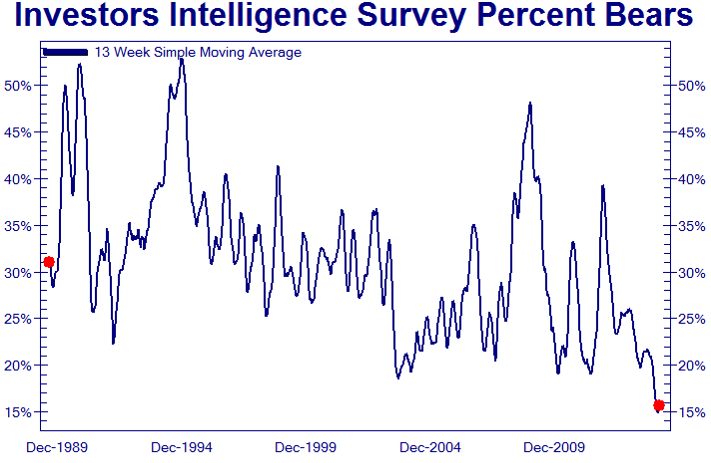 Money (Out)Flow
Don't worry if the smart money is already getting out ahead of time, because it's not a bubble... 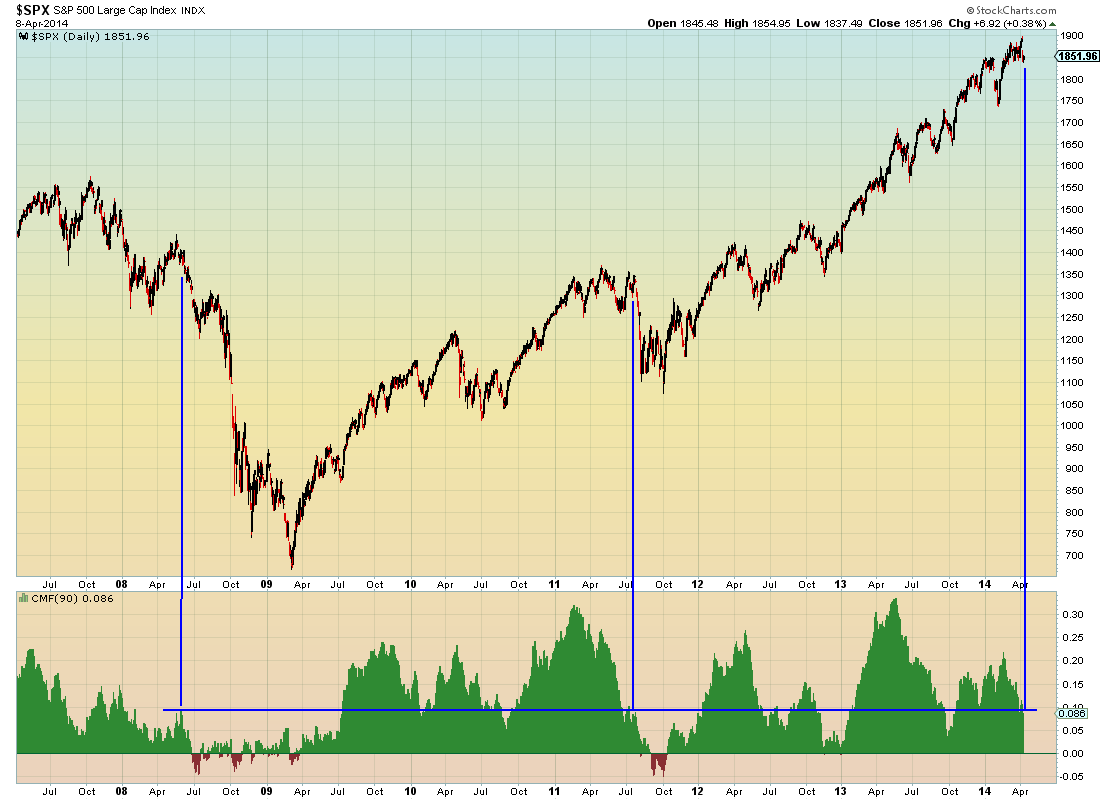 Historically Overbought
He's right, it's not Y2K, it's far worse... 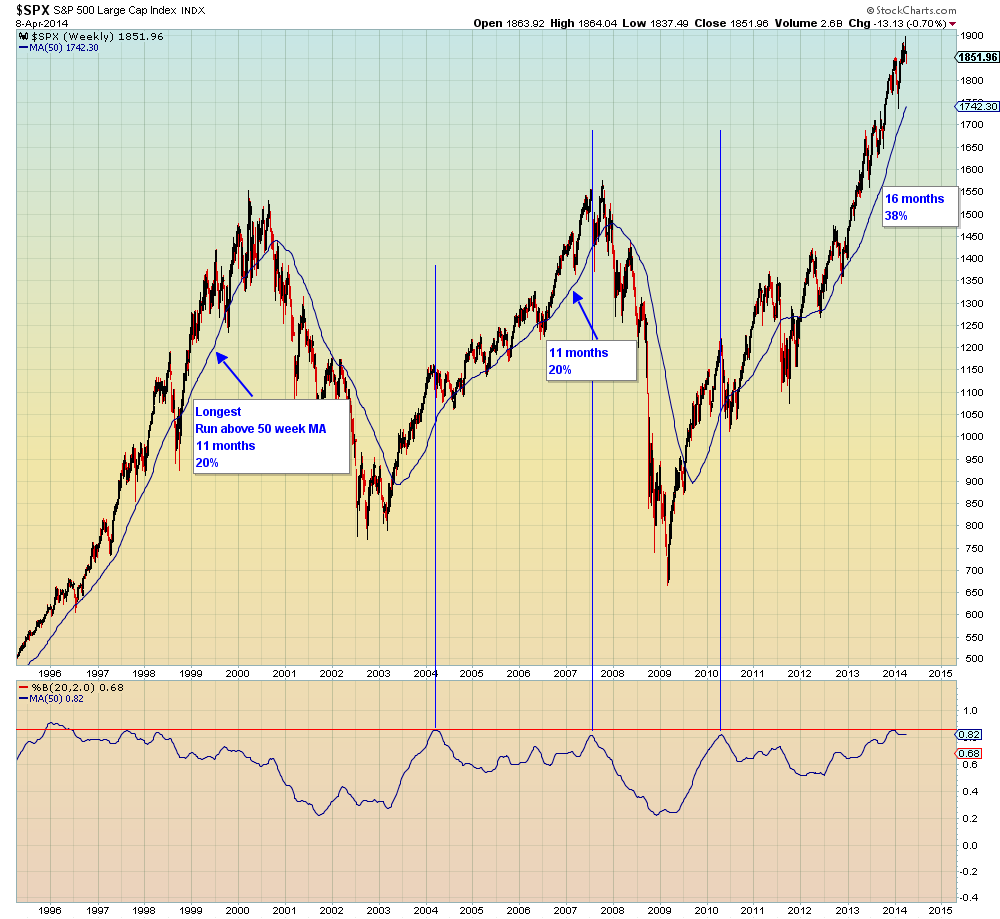 Coiled Spring
TRIN 20 DMA
Never seen this before either... 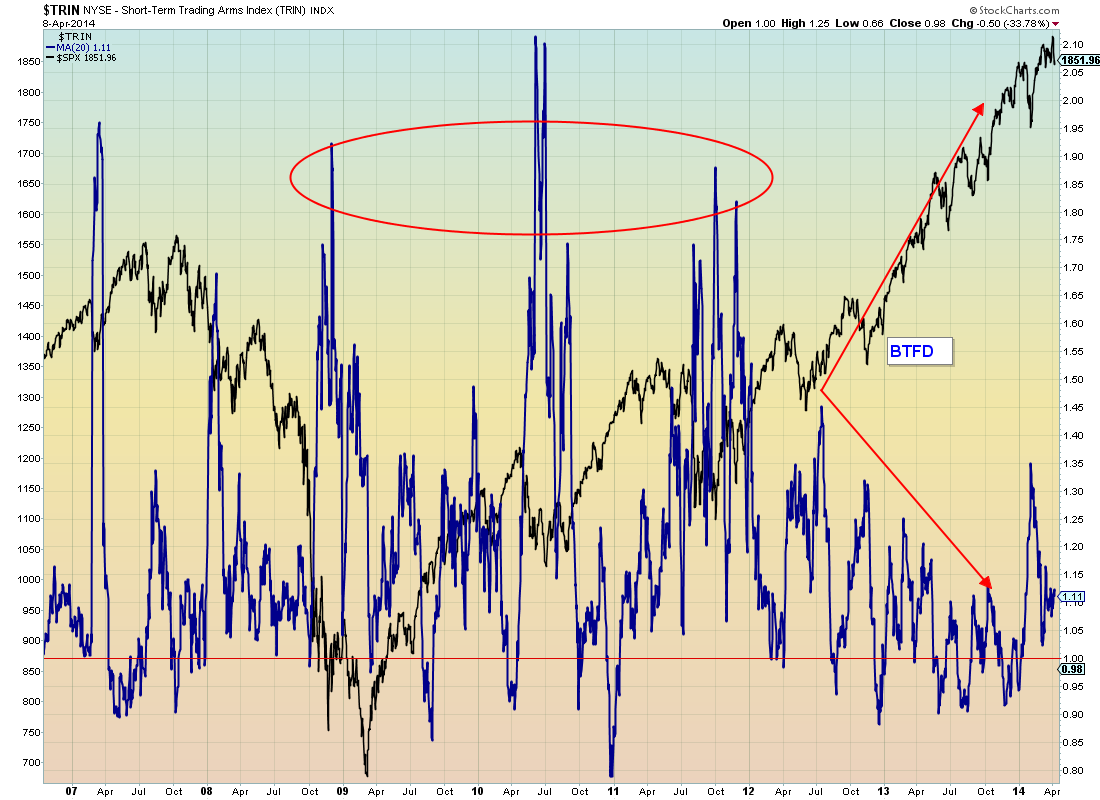 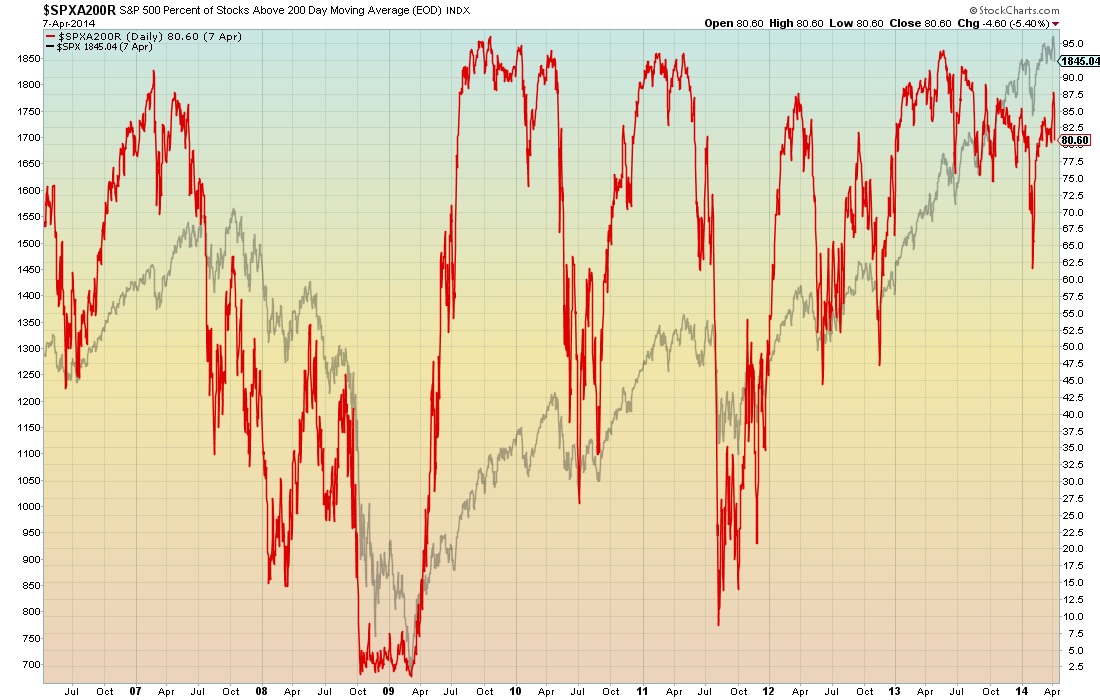 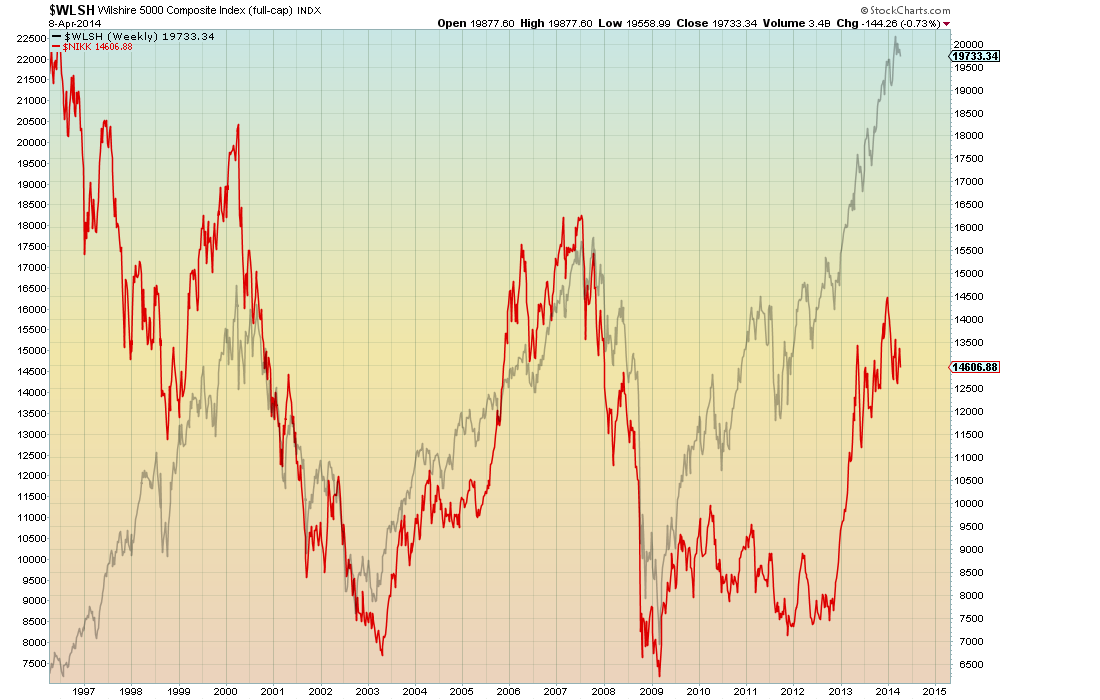 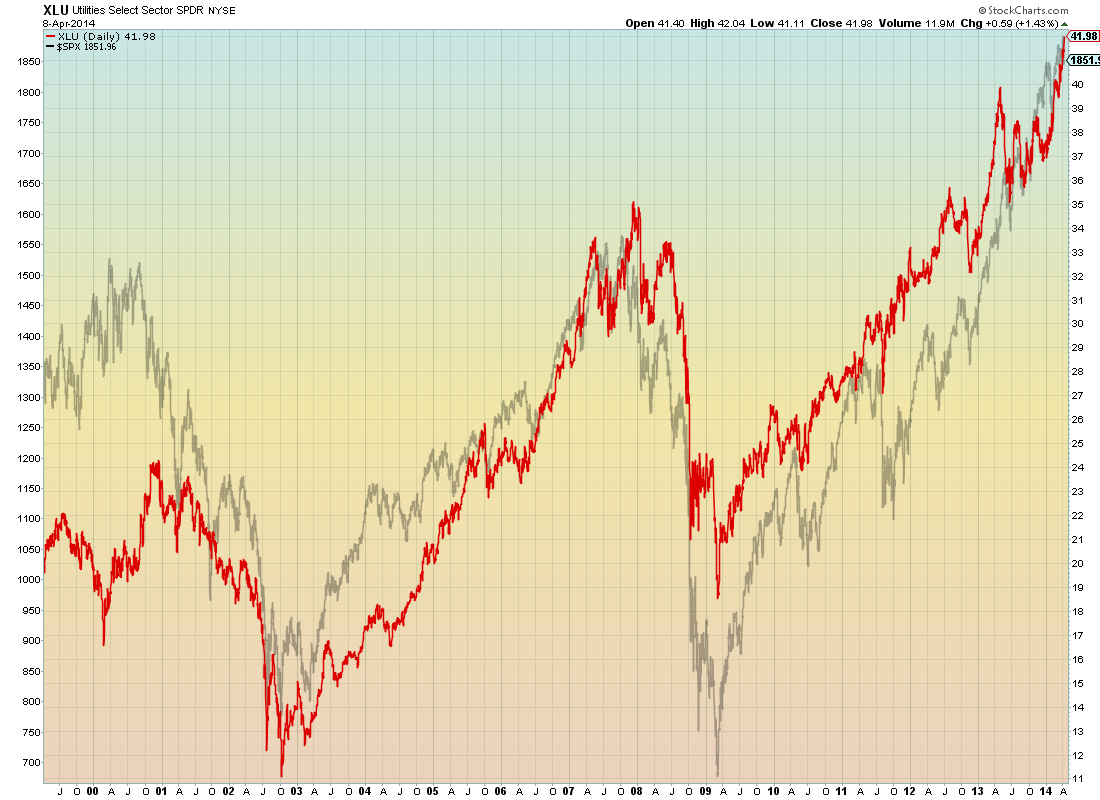 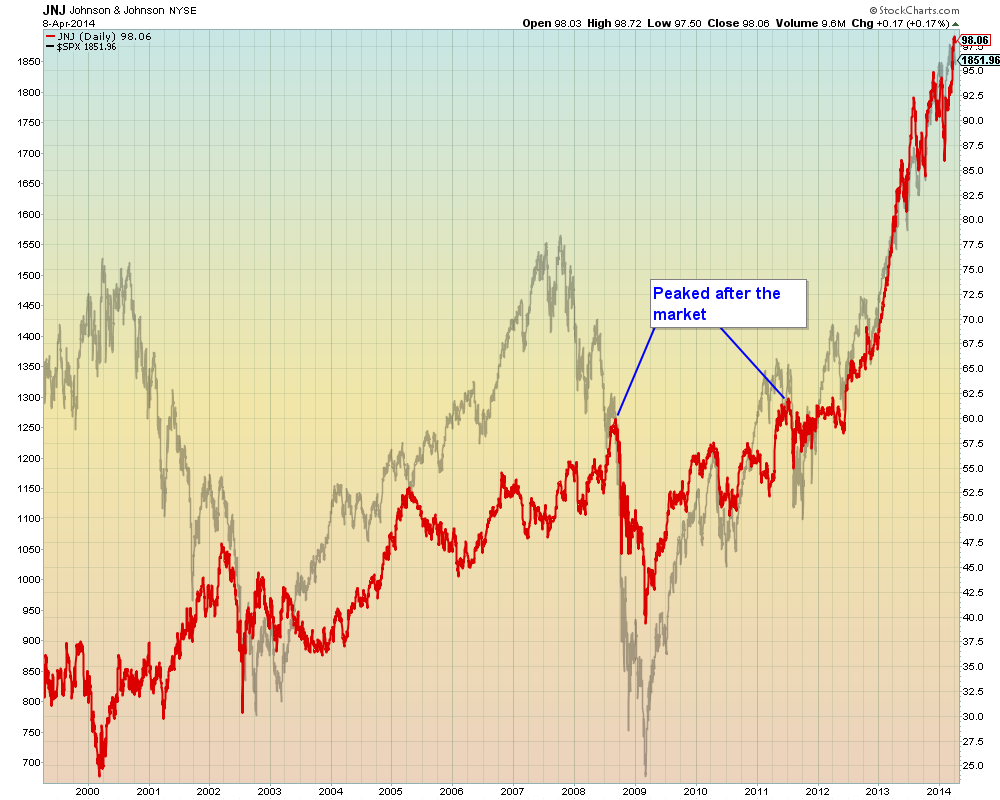 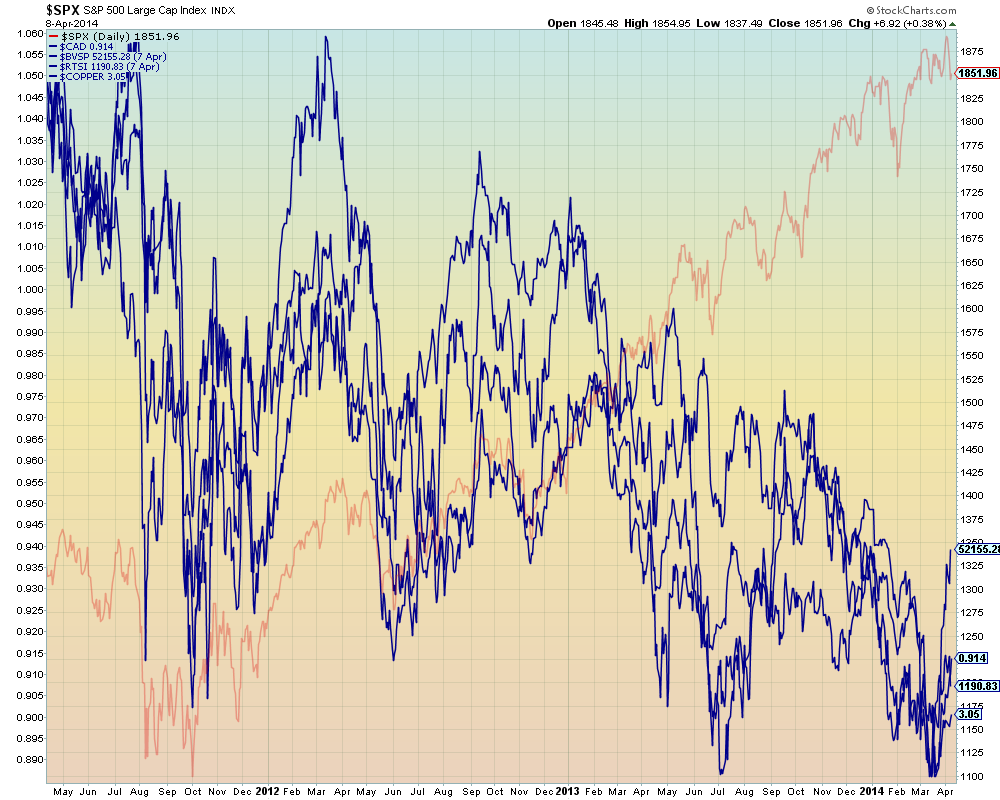 Yen Carry Trade
Probably the only chart that matters
Hanging by a thread: If this continues to reverse lower, then the free money party will end at which point all kinds of shit will break, HFT likely being the least of our worries... 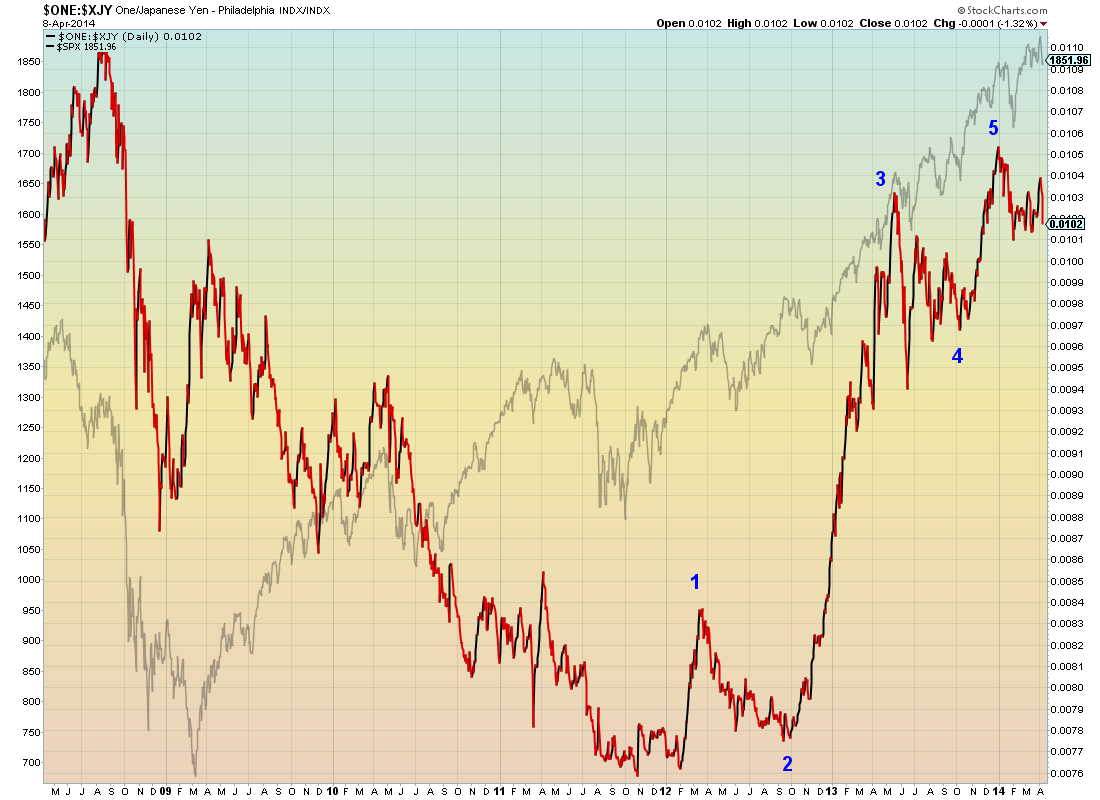 Brokers Peak Late
All of that late stage small investor money pumps up the retail brokers into the bubble top...
Schwab - already rolling over 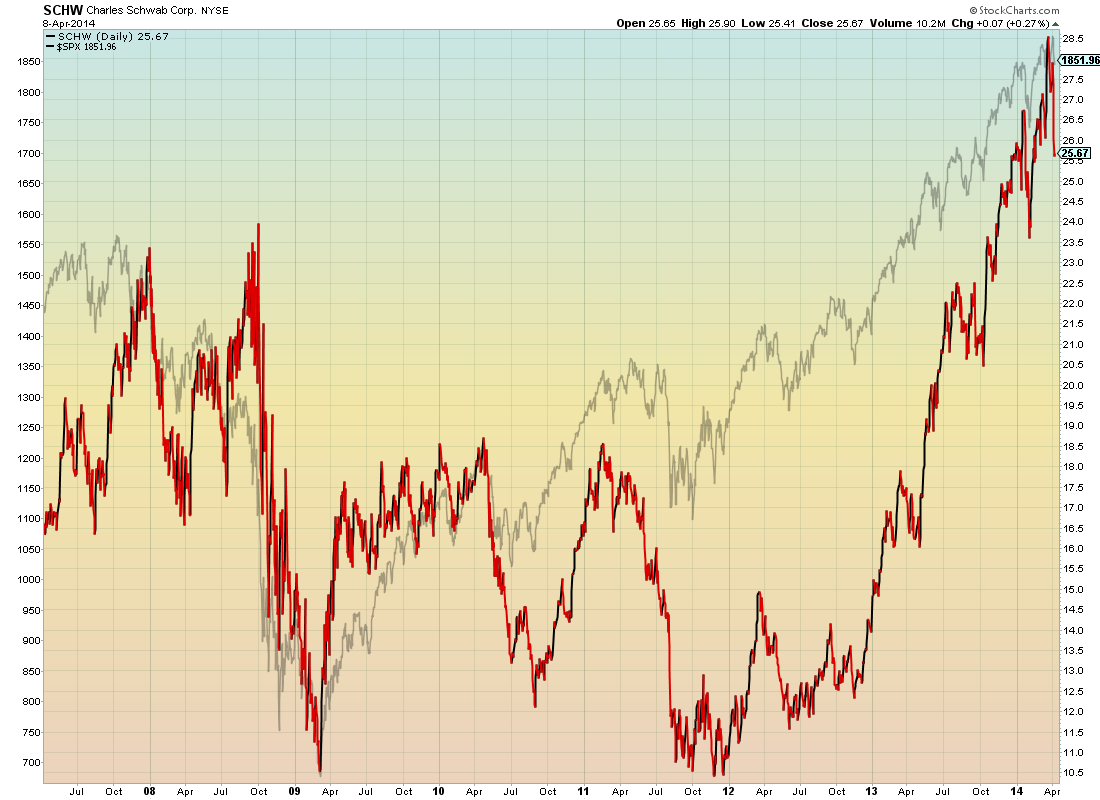 The Headless Horsemen
During Y2K, the four horsemen of tech were Microsoft, Cisco, Dell and Intel
Today it's Facebook, Tesla, Netflix and Yelp - don't worry about the quality control problem

In any case they are already rolling over. Soon we will be debating the term "crash" 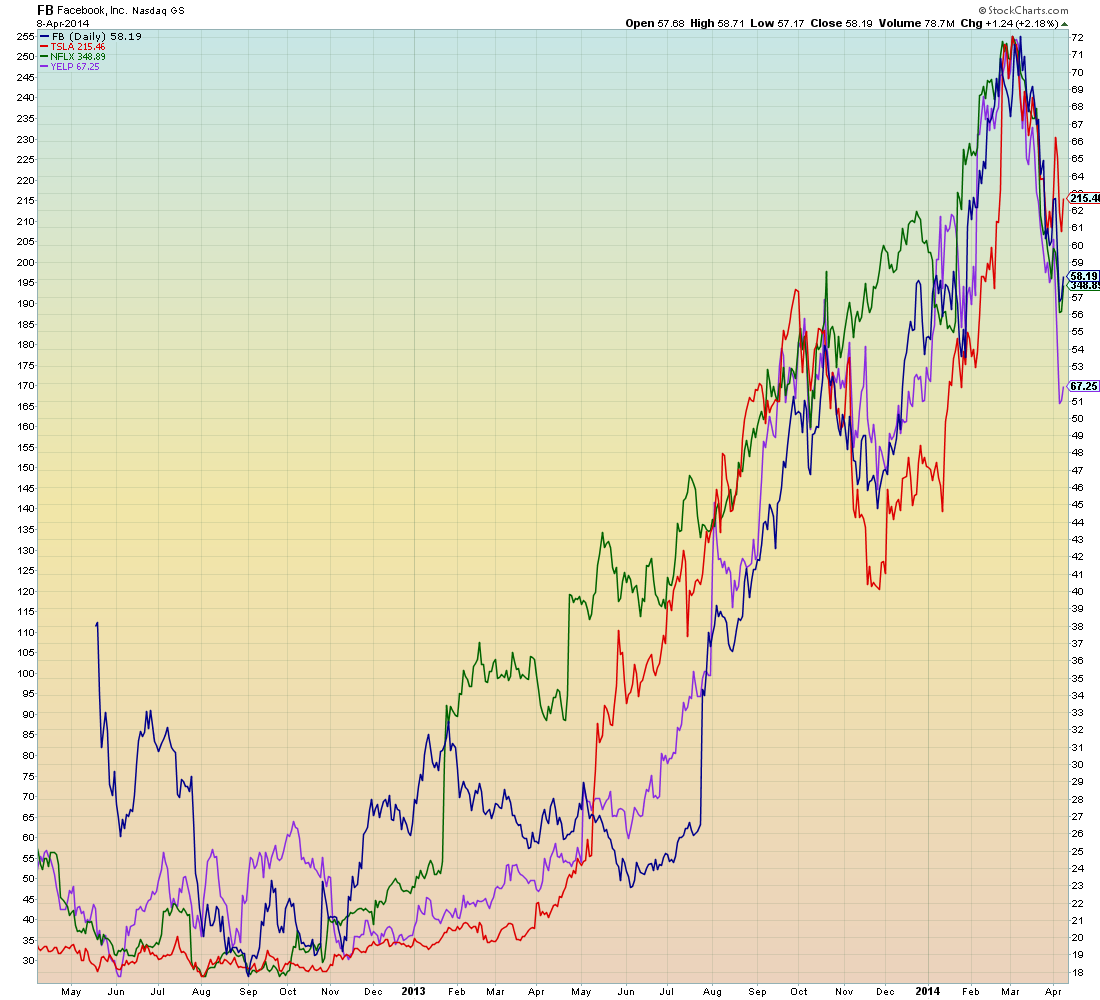 U.S. Jobs and Median Household Income
Both peaked in Y2K
He's right, there is no bubble here... 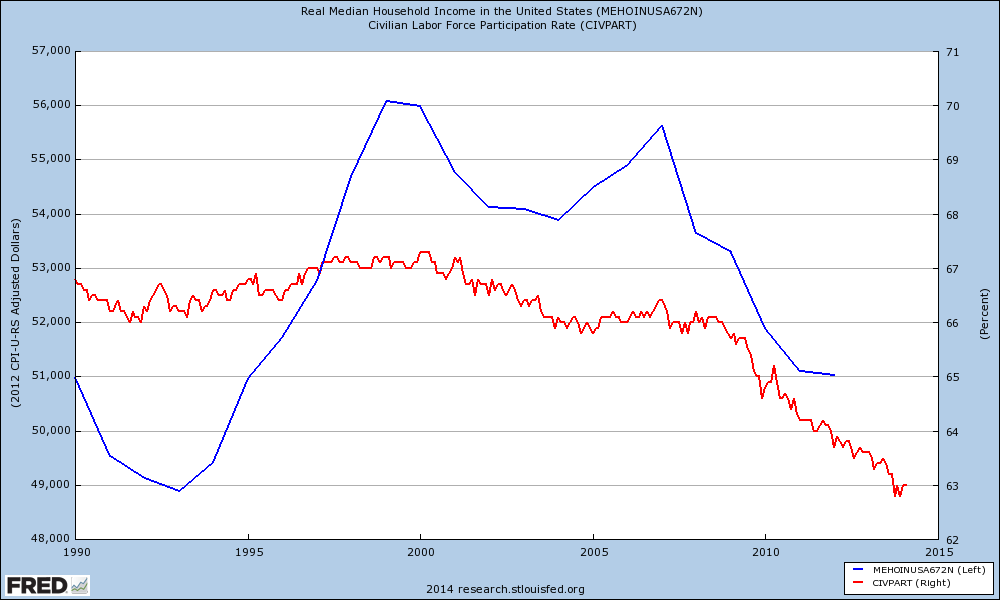 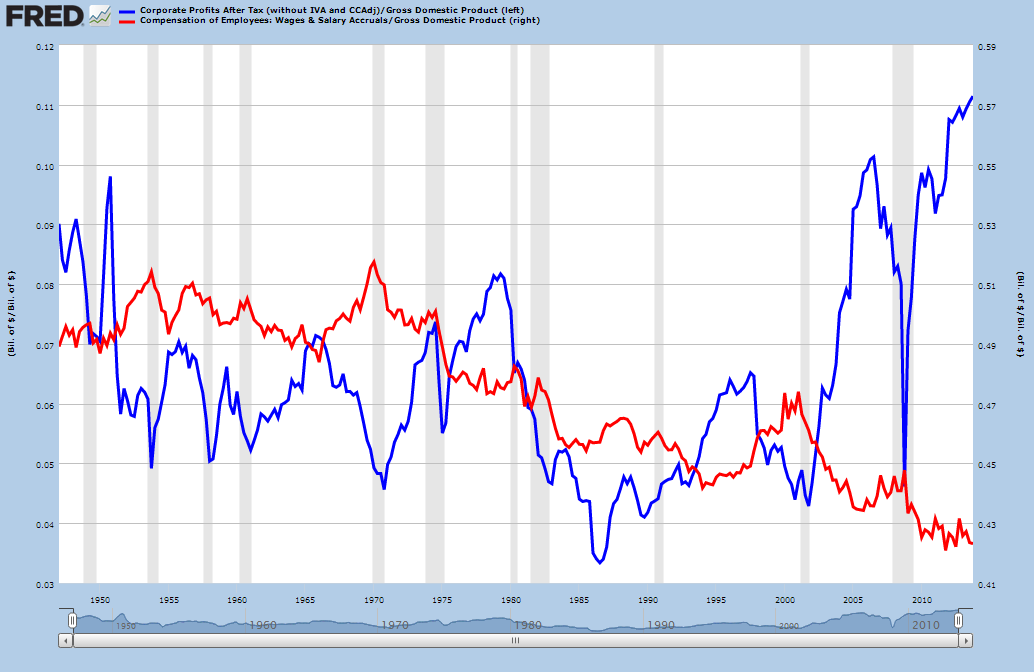