The debate over whether or not the economy is seeing inflation versus deflation is mostly around timeframe. Costs for things like food, energy, healthcare and tuition keep rising, while wages continue to stagnate as wage deflation is relentlessly imported from the Third World.

If the cost of something keeps rising, and the ability to pay for it keeps falling then it will all break in the direction of deflation. But we don't have to conjecture about this, because we've seen this movie before...

Commodities are another great late cycle indicator
I'm seeing a few articles discussing the high cost of this that and the other thing. I recall very similar articles in 2008 and again in 2011.

S&P with commodities (red)
Commodities top ticked the stock market in 2008 and again in 2011. In this cycle the rise in commodities is muted, but it's still occurring nevertheless. Once again, this will all break in the direction of deflation aka. down: 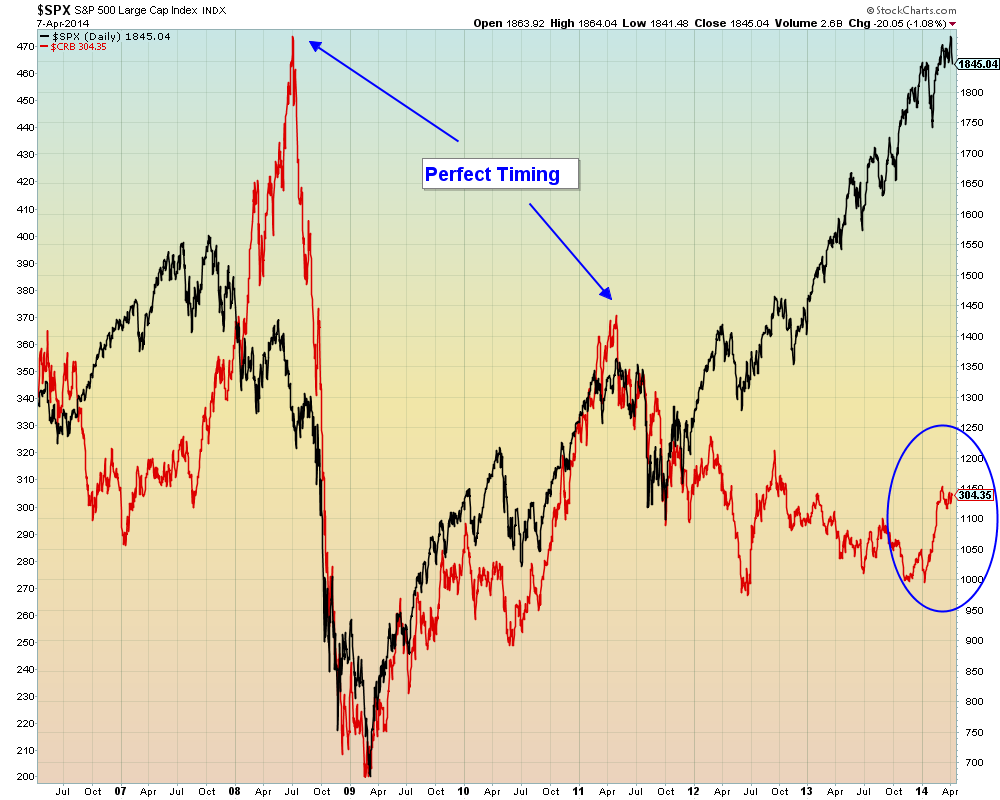 Ten Year Treasury Yield
Longer term, the bond market has full faith and credit in frat boyz' ability to outsource the economy. And to think that collapse hasn't even occurred yet - see red line above circa 2008 for what happens to "prices" when they re-converge with the ability to pay aka. "wages". Globalization is having ever-less impact on commodity prices which means that the output gap is exerting increasingly greater downward pressure. Prices for all things are primed for total collapse once the credit markets stop doling out cheap money. 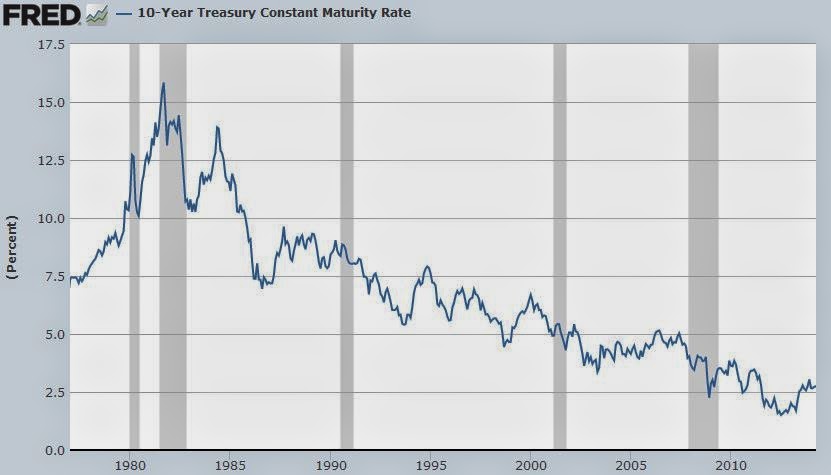