BTFD: It's Never Different This Time

Each of the past three rallies has been slightly higher than the previous one in order to headfake the Idiocracy at large into believing that this time will be different...

This Is For the Elliot Wave Believers
One would like to believe that the human race is not quite as stupid as a herd of buffalo chasing straight off the cliff, however, that is the basic premise of Elliot Wave Theory i.e. that social mood dictates markets. Just today, we find out that sentiment towards the economy is at its best level since 2008. On an absolute basis, sentiment is still generally dissatisfied with the economy, but it strikes me as extremely ironic that relatively ebullient sentiment would emerge just as global markets are already beginning to break down. That said, what would we expect of a broader society (aka. Idiocracy) fully conditioned to buy the market at the very top? Meanwhile, also today, first quarter GDP was massively revised down from the initial readings, which indicates that the fiscal cliff tax hike and sequester had more impact than originally realized. The market didn't blink of course, because now the monetary heroin junky (aka. Wall Street) expects more dopium forthcoming from Bernankenstein. It's also very telling that satisfaction with the economy is at a four year high, yet Obama's poll numbers have taken a big hit recently. Not normally what one would expect, and a harbinger of things to come for global thought dealers in general.

The Worst Is Yet to Come
Mark Hulbert's sentiment survey data is confirming the TRIN data I showed in prior posts i.e. that bulls are buying every dip rather than becoming more cautious as the market declines - which explains why the TRIN is not spiking as it has in the past when the market dipped:

"And, yet, I found that far fewer bulls over the last month threw in the towel than is the comparable average following past market tops. "

The Anti-CNN, Faux News, CNBS
For those who say that I "data mine" the bad news and ignore the good news, that is partially correct. I consider this blog to be an antidote for the lamestream media which does the exact opposite. That said, my overall thesis has been steadfastly the same - that the policy of 'Extend and Pretend' will end with a catastrophic meltdown on a size and scale that warrants preparing for well ahead of time. 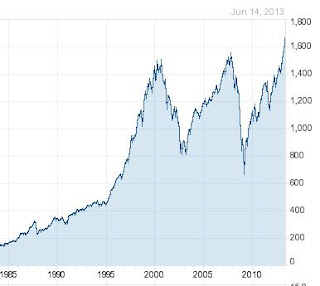