There Is No Alternative. To Crash.

Five Hindenburg Omens on the Nasdaq, due to massive divergence between junk stocks blowing off and the rest of the market. This is what happens when wealth is concentrated in too few hands. The entire system crashes, while morons advise:


"The Hindenburg Omen is a technical indicator that was designed to signal the increased probability of a stock market crash." 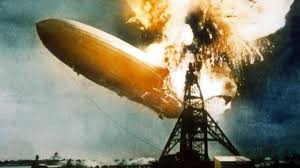 This week's volatile action post-Yuan devaluation is what's called a bull trap. And it appears to have worked great:

First, I leave to Trump to explain the "TINA" trade, which is predicated upon the U.S. having higher interest rates than the rest of the world, which he wants lowered immediately. He is bipolar: Manic Moronic:

Below is a long-term ratio of Tech Momentum to the S&P 500.

The junkiest stocks are now leading this "rally"

As long as Match.com doesn't roll over, this will all be fine... 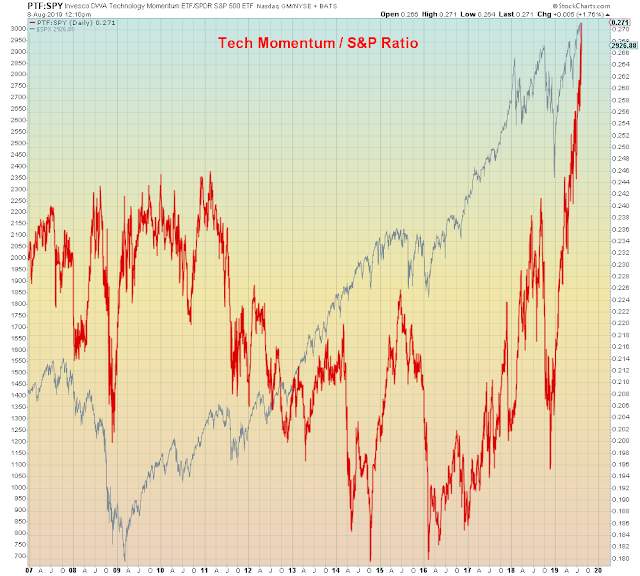 Last month there was an article circulating around stating that the market was in a "gamma trap". Meaning that the market is highly sensitive to various news events. Over the past week we've seen that play out in spades. First, during the FOMC conference call last Wednesday. Again on Thursday when Trump escalated tariffs. On Monday, when China retaliated. And again yesterday morning when for no apparent reason the Dow dropped 600 points at the open.

Here we see at 3pm Thursday Skynet just filled Monday's gap open. So far this has been a weak rally short of Fibo .628 and featuring overlapping waves. What Elliott Wave types call a "running flat" meaning that a and c waves have the same origin. The casino is now between the 50 and 200 dma: 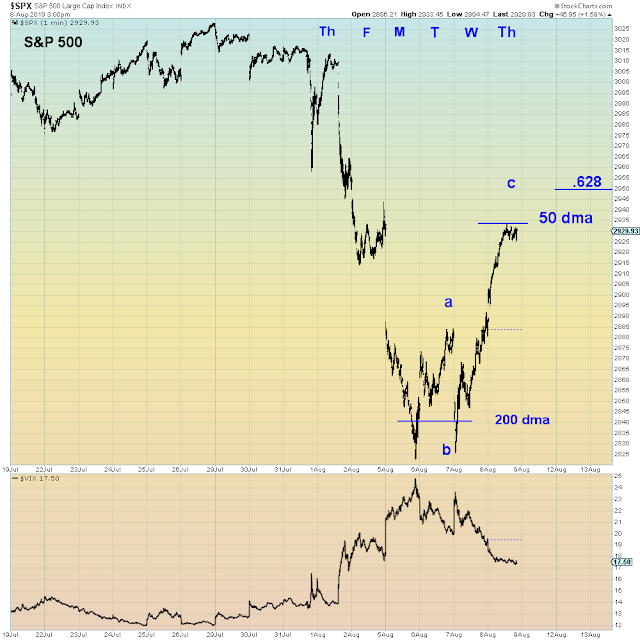 Bulls are praying this is the October scenario - a test of the 200 dma, followed by choppy sideways or higher action. Ultimately leading to the December crash, six weeks later. Bullish, I know. 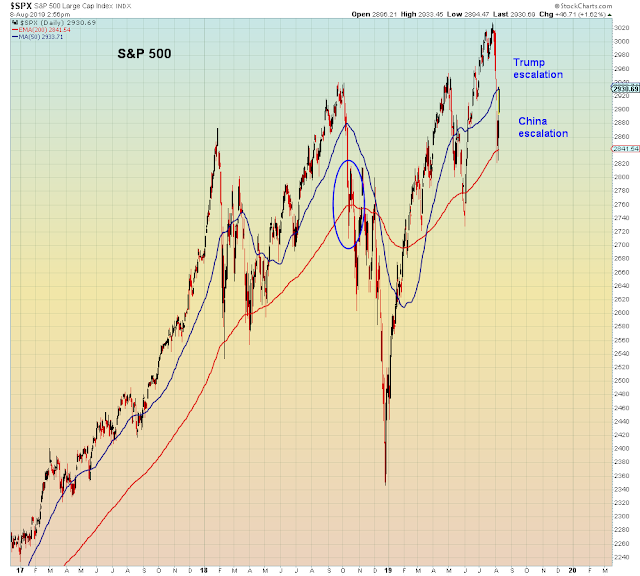 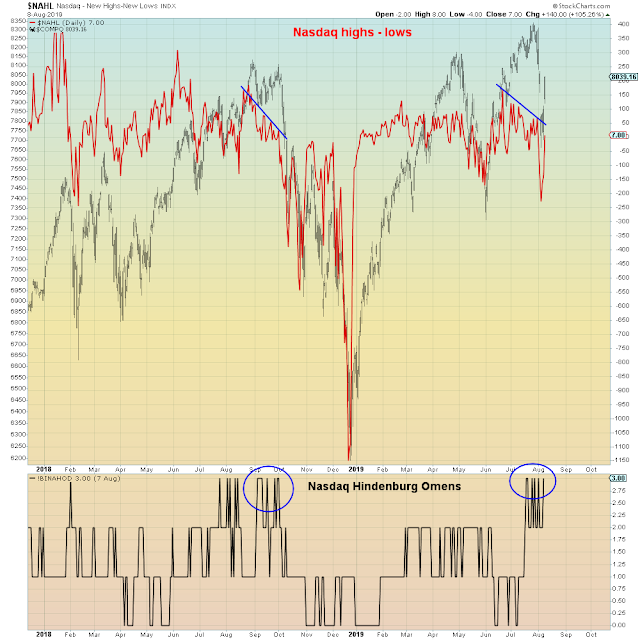 It's the bears' job to point out where things may be different this time:

The main problem is that the most overbought and overowned "Momentum Leaders" have not yet tested the 200 day. In other words, they are still deemed to be safe havens from this sell-off. Quite a difference from the October sell-off: 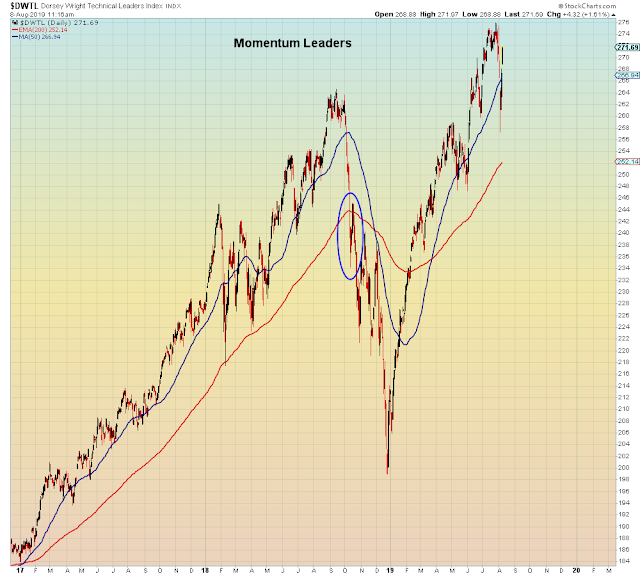 This can be more starkly viewed in the ratio between momentum Tech and the S&P 500.

I think we all see where I'm going with this: 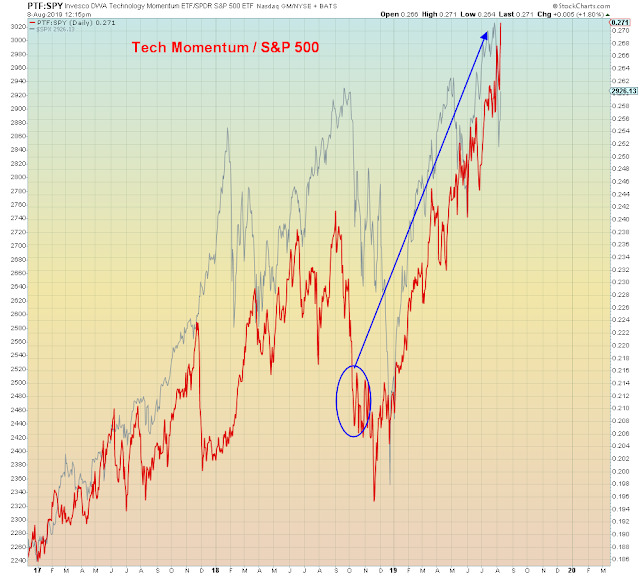 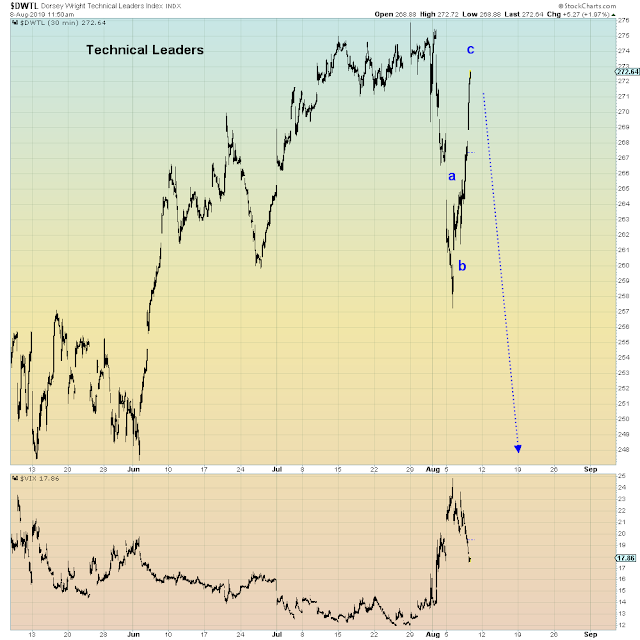 Carry trade collapse is a necessary and sufficient event for the S&P 500 to be limit down on an overnight basis. As we saw in August 2015, July 2016/Brexit, AND of course when the Dumbfuck-in-Chief was elected.


"I want a weaker dollar" 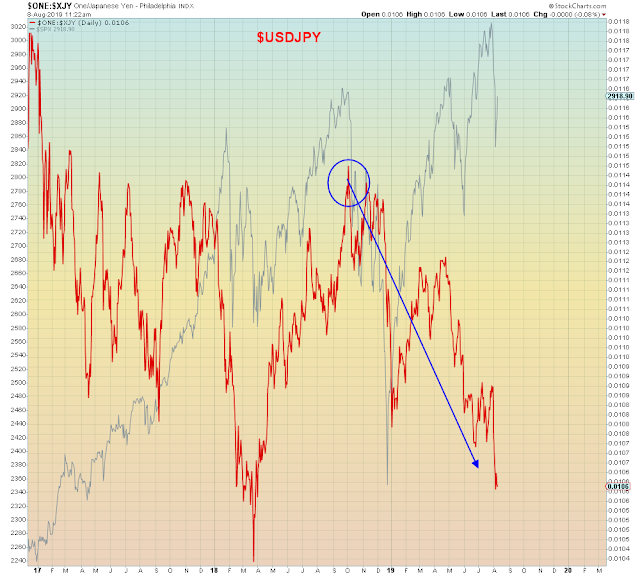 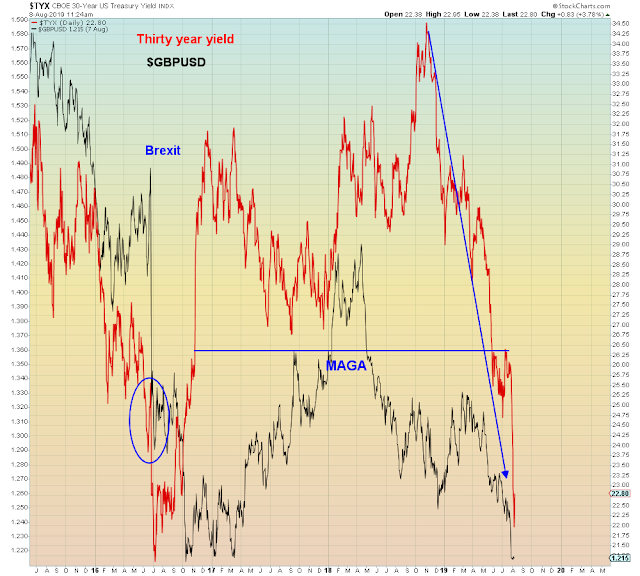 Why does that matter?

Among other things, because the high beta cyclicals are weaker now than they were back then: 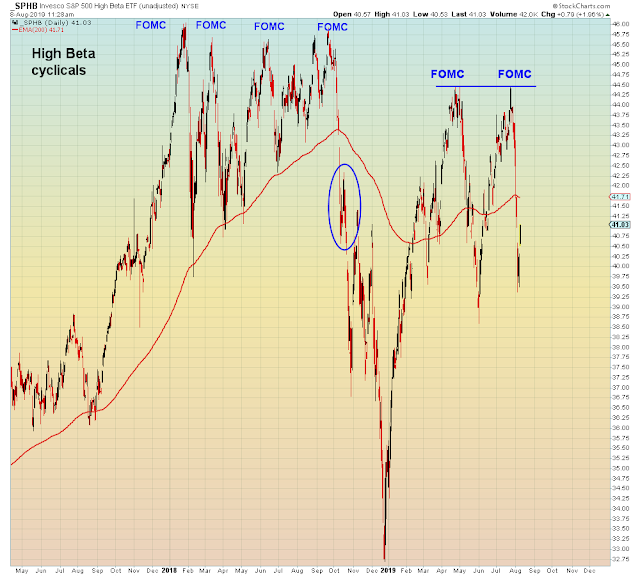 Below we see another difference in terms of  breadth.

Here we see that the typical Nasdaq stock thinks this is more like December than October. For the average stock, the May decline looks more like October: 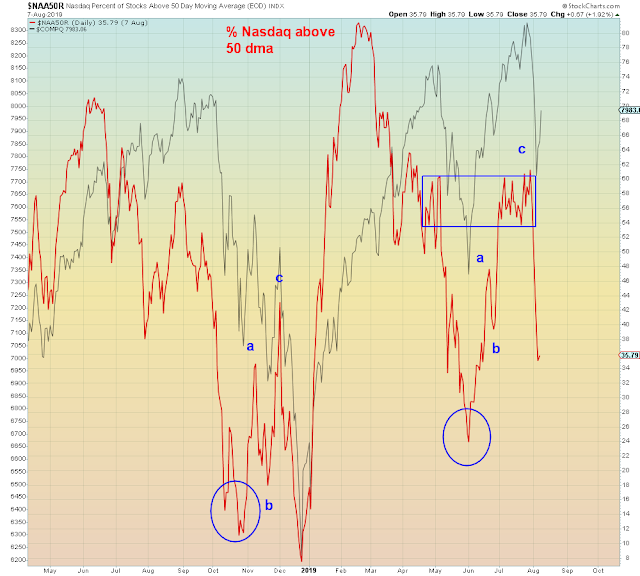 In summary, October was the head, and this is the right shoulder: 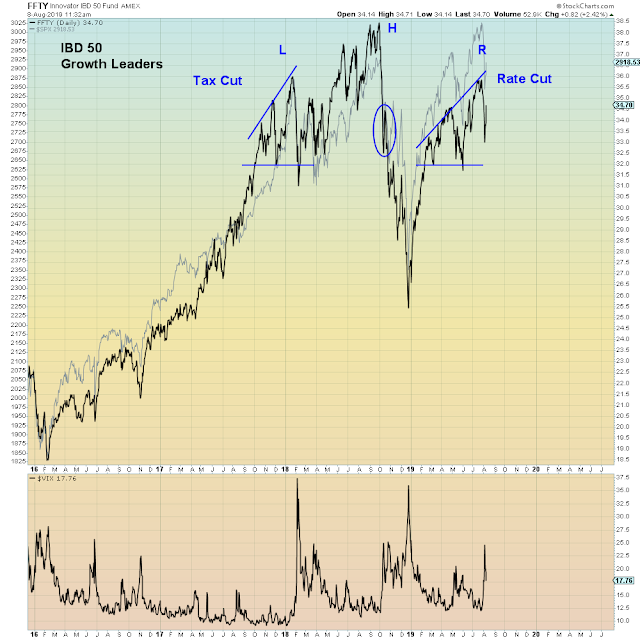 "On Wednesday, for instance, the news that three central banks cut interest rates was greeted by alarm rather than celebration"

"No one told me bad news is bad news" 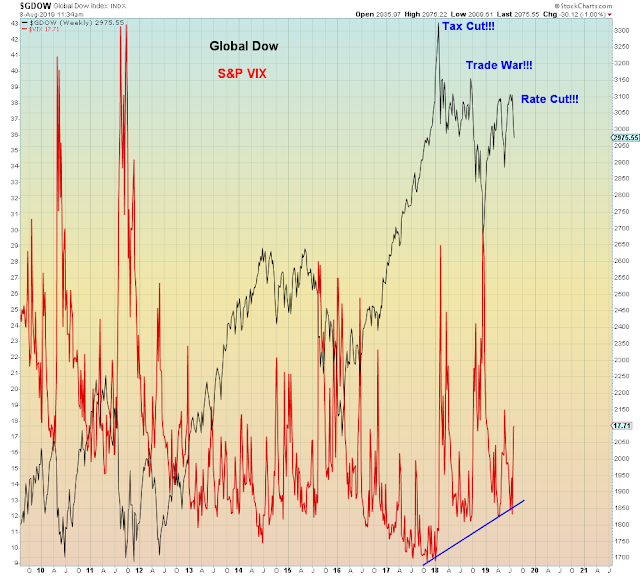