The Tool Or The One That Follows?

We're in the phase now where stocks are sold indiscriminately by margin clerks. Whichever stock in an account is most liquid gets sold... 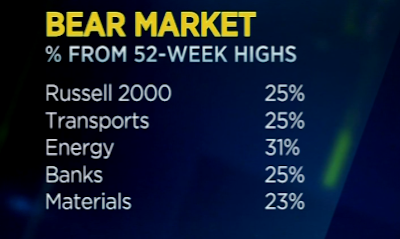 Most people don't understand the stock market - I'm referring to the dunces working on Wall Street, the Kardashian watchers are just following their lead. Contrary to ubiquitous belief, the price that some idiot paid for a stock yesterday has no bearing on how much it's worth today. Not surprisingly, Generation Madoff doesn't understand the difference between liquidity (the marginal buyer), and solvency, what an asset is worth. 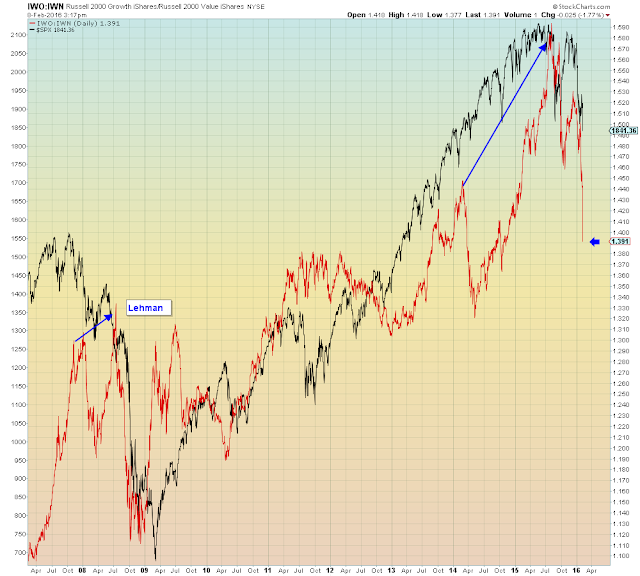 Below we see the S&P with the Earnings Yield i.e. Earnings / Price. Despite the recent decline in the S&P, the earnings yield is not going up, because profits are falling faster than the market:

Earnings yields based upon stock buybacks funded with mass layoffs and debt, are a fucking illusion, something that should have been learned in 2008: 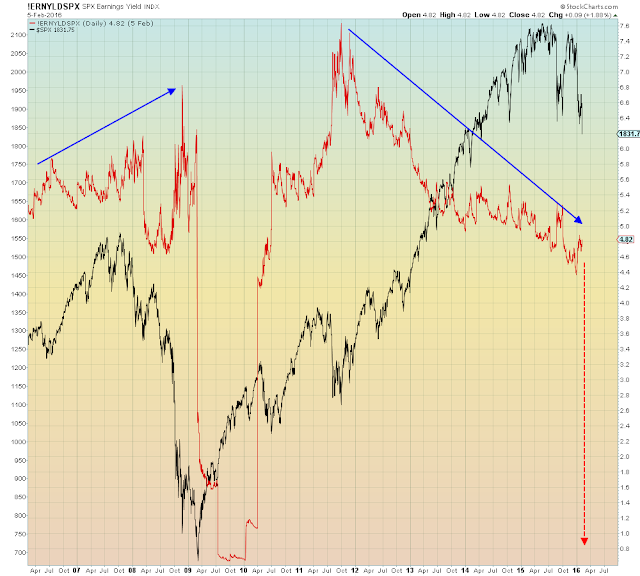 Here we see NYSE margin debt with the S&P. Margin is the amount that gamblers borrow to buy Netflix. When Netflix peaks and rolls over, then margin calls occur, and then ALL stocks fall, because any stock can get sold to meet the margin call... 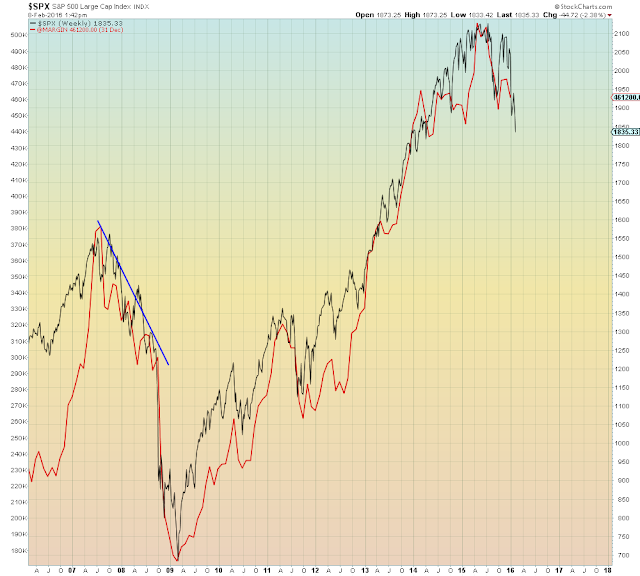