An army of Forrest Gumps are running the globe
As long as this clusterfuck works to the benefit of an ever-smaller and ever-wealthier minority, the globalized ponzi scheme will continue to discard more and more long-term employees with each passing day. All while Rain Man & Company wait for the economy to float back from China.

"Since 1929, all stock-market rallies have had something in common that this one doesn’t". I'll take a stab - an economy? Brilliant !

This entire globalized catastrophe is supported merely by a constant flow of lies. The masses at large are so accustomed to being bent over the log that they are starting to enjoy it. However, when it comes to gambling in the grand casino, people have already voted with their (diminished) wallets: 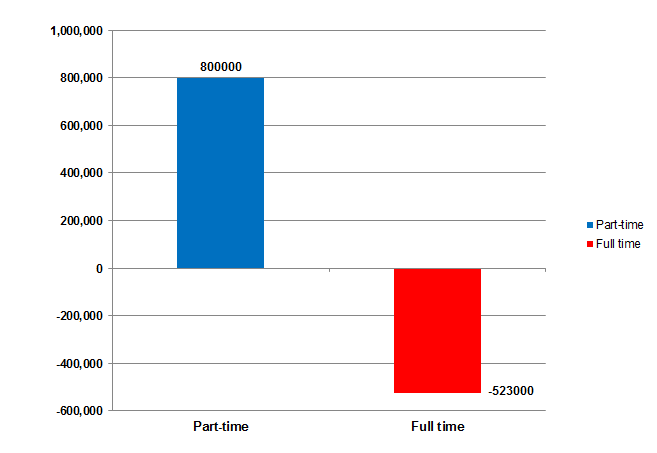 Here is the headline from Reuters upon release of the payroll report:
"U.S. job growth surges, unemployment rate near 6 year low"


Unemployment is at a 6 year low, because the headline published unemployment rate does not include those people who are long-term unemployed or are working part-time because all of the full time jobs have been obliterated: 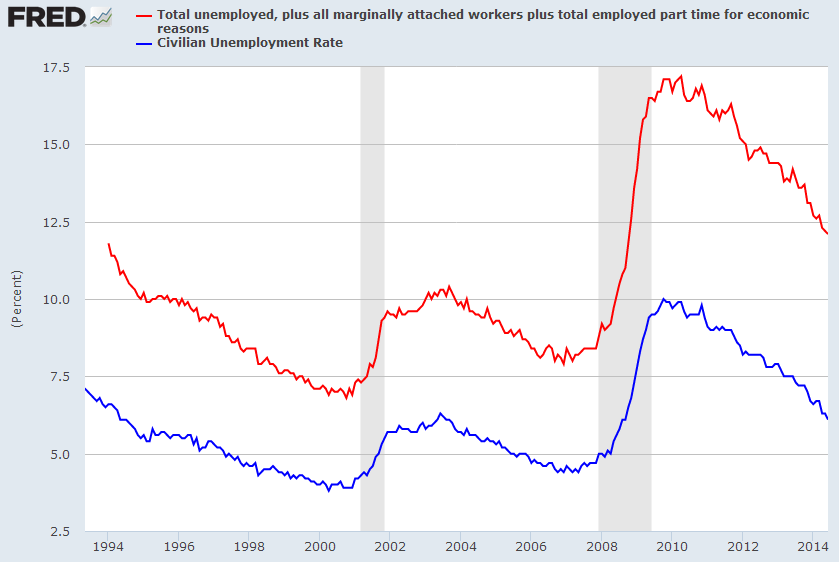 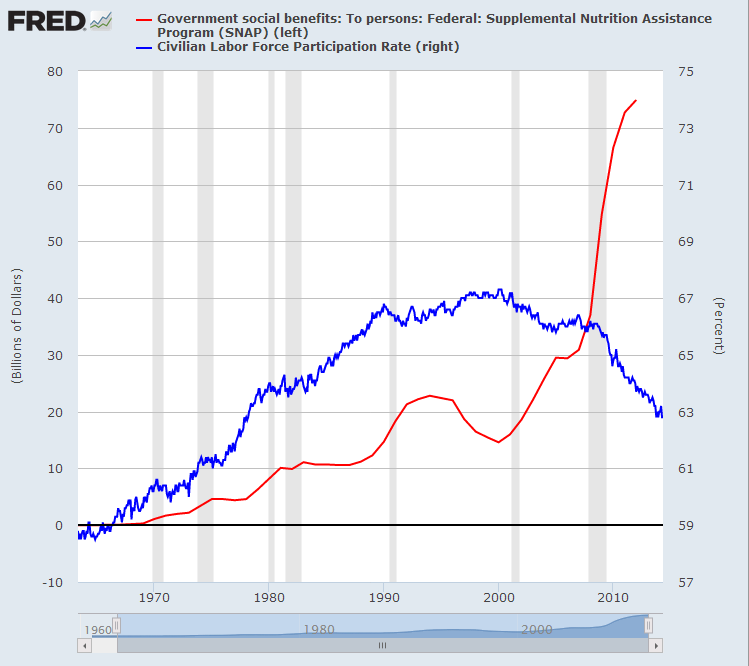 Below, the reason why the status quo is maintained at all costs
The "Fuck the Grandkids" Index is permanently stuck at maximum reading
Bull - Bear Sentiment (50 week moving average) 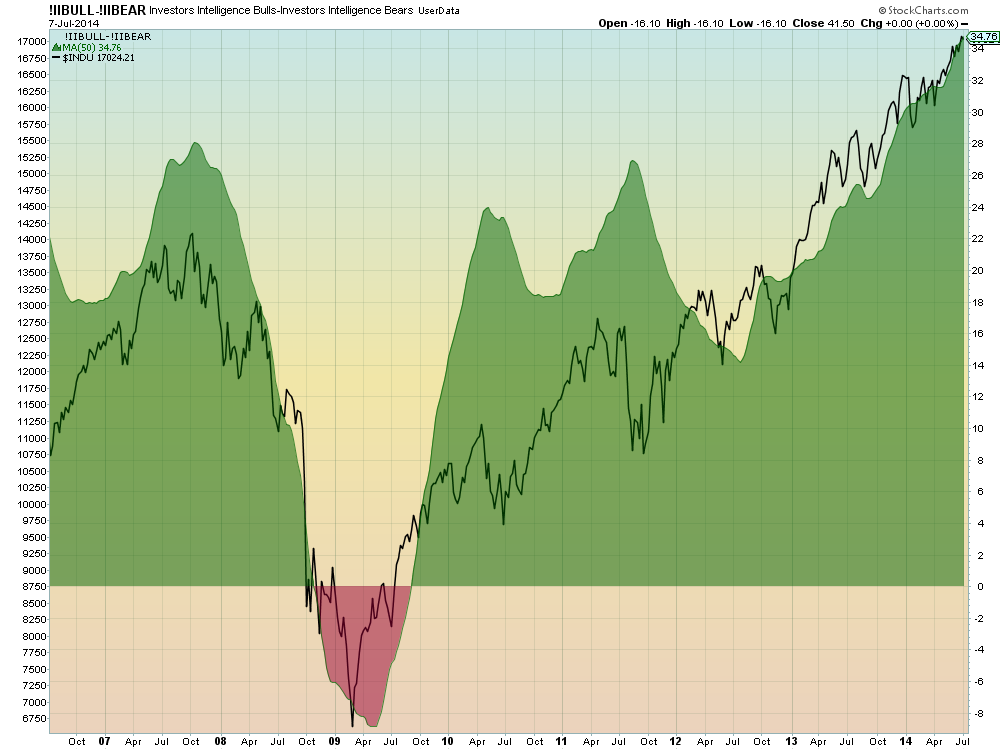 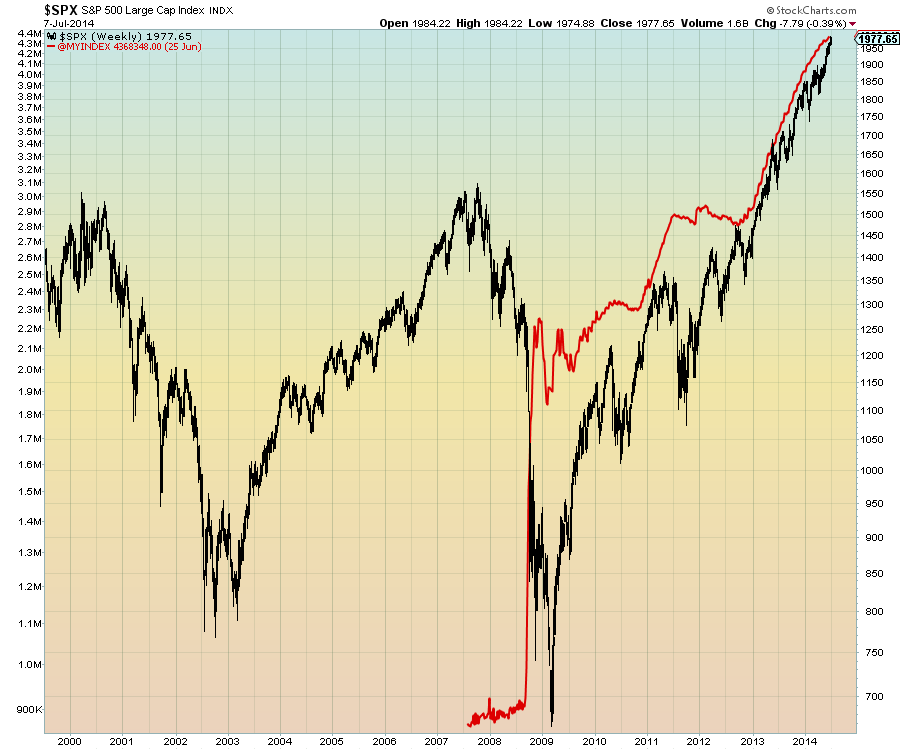 "Dude, where's the economy?"
Corporate frat boyz outsourced the economy, now they spend every day looking for it...
The Chinese can do everything the U.S. does for ten cents on the dollar. The net incentive for a multinational to create a job in the U.S. is negative. The one-sided pseudo-economy will continue until it collapses with extreme dislocation. 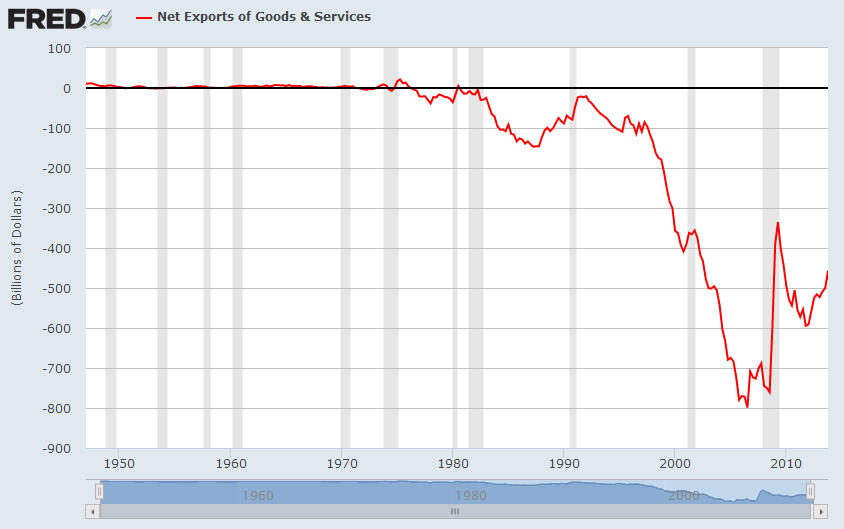 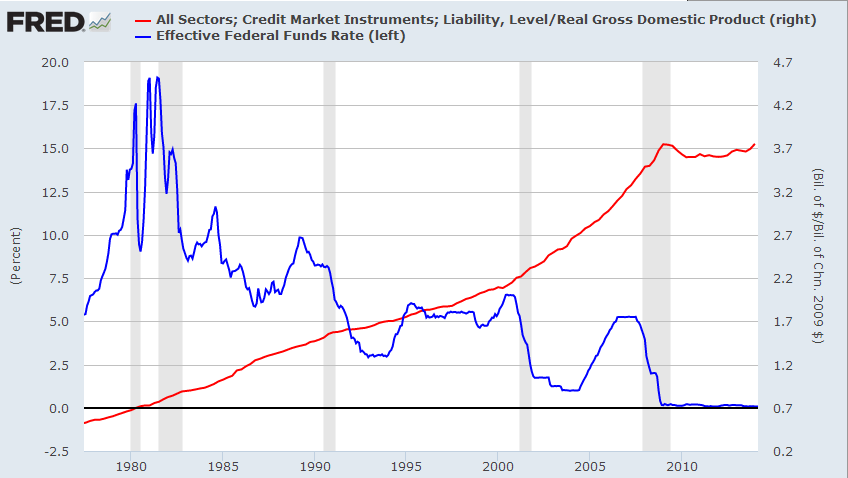 Stocks versus feeding the kids...
Wages as % of GDP 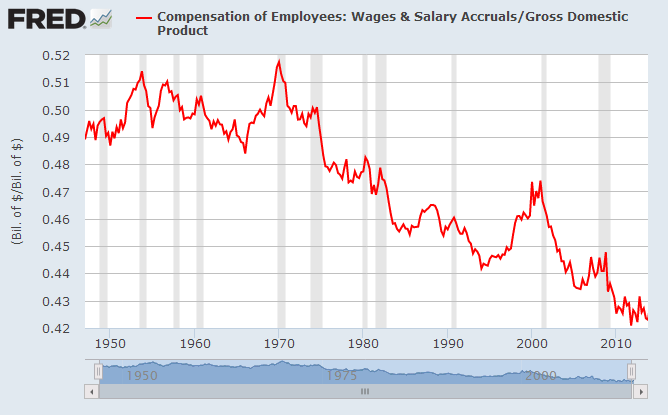 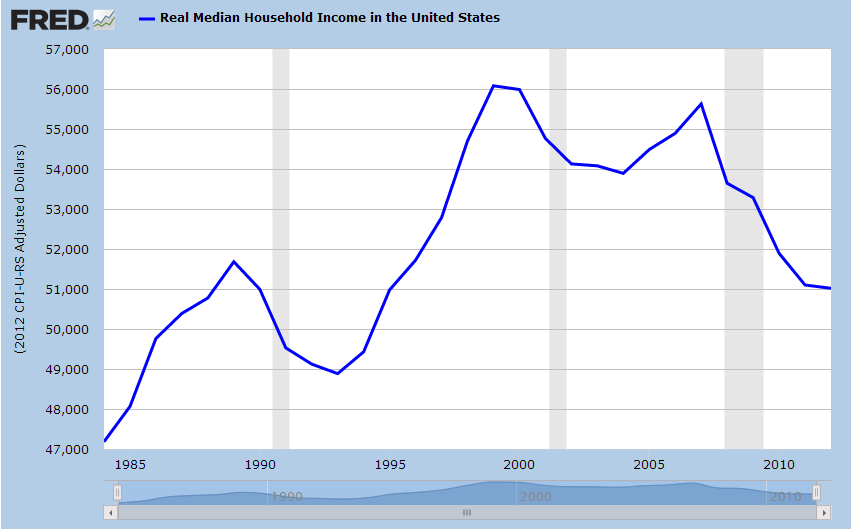 Federal Debt
An increase of ~$100k per household in 7 years 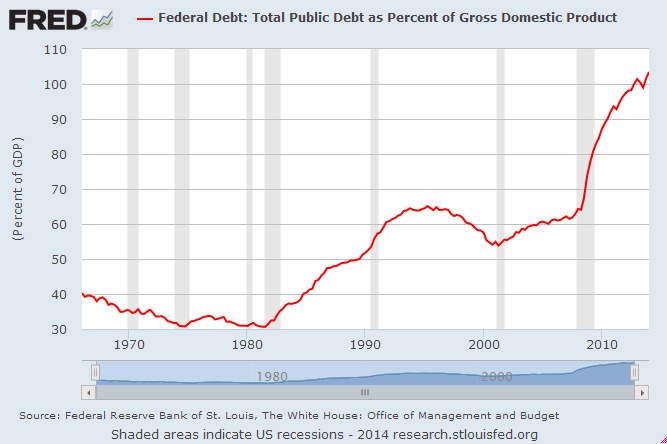 And to think, this disintegration is all occurring at the apex of the bubble. Imagine what happens when the ponzi scheme collapses - this game of dumbfucks will end extremely suddenly and violently.