Momentum Feedback Loop
What happens to a generation of self-absorbed dumbfucks who want a tax cut for the ultra-wealthy, cheap oil from terrorist-sponsoring nations, two prolonged blunders to teach those foreigners the "American way", a stock market at all time highs, and game show hosts running the entire circus? Well, something had to go. In this case it was just the economy and the children's future.

The stock market is rising because it's rising. It's locked in a momentum feedback loop which is merely a contest to see who can throw the most money down the shit hole before this entire self-delusional ponzi scheme collapses for good. ETraders are blowing smoke up each others' asses at the joy of the Dow rising every day, as they throw every last dollar of retirement funds into the market...

The Earnings Yield is the earnings per share divided by the price of each share. As we see, relative valuation maxed out two years ago. This entire two year subsequent rally was merely a momentum feedback loop. 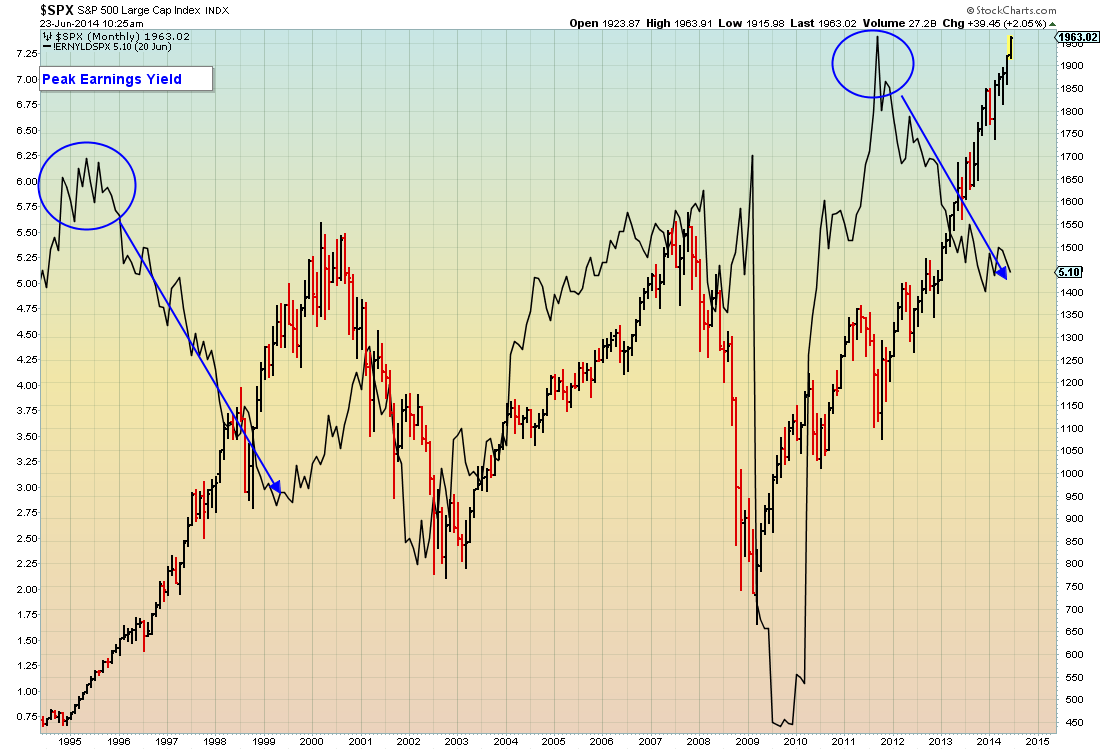 Q: How long can this continue?
A: How many morons do you know? I thought so...

In the context of all time high profit margins (below), suffice to say this current circle jerk bears literally no resemblance to Y2K, other than the fact that they both totally disconnected from earnings. In 2007 (middle of the pane above), stock prices tracked earnings but then earnings collapsed into 2009. Which is a mild preview of things to come given the amount of financial leverage now supporting today's totally ephemeral earnings.

Today's declining earning/price yield of ~5% (above) can only be fully comprehended in the context of profit margins that are ~200% higher than in Y2K i.e. it's due to massive amounts of jobs outsourcing. Post-2008, ETraders wanted to get the stock market back to all time highs by any means possible, so the cost of this entire delusion is just the economy. That's all. In other words, they wanted double or dog food, but never counted on double AND dog food.

The Almighty Dow: Priced for Obliteration
In 2009, profits dropped by -50% despite a GDP decline of only -3%. That's 17:1 leverage. A 6% decline in GDP would wipe out all profits. In the 1930s, GDP dropped by ~20% peak to trough. Suffice to say that earnings leverage today is far higher than it was in 2007 given the corporate Shock Doctrine that was implemented in the interim: 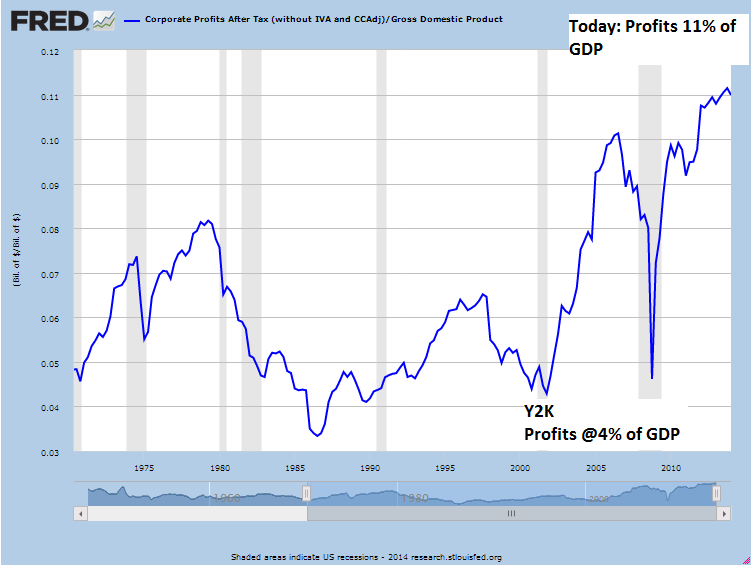 "MMMM...Free Money"
Speaking of mega-leverage, corporations having been feasting on the cheap Fed money to fund *special* dividends and stock buybacks. This below shows corporate debt as a % of GDP. 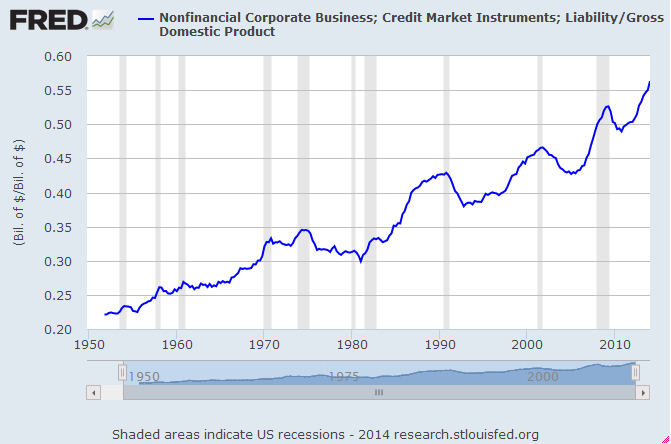 It was always a Faustian Bargain... 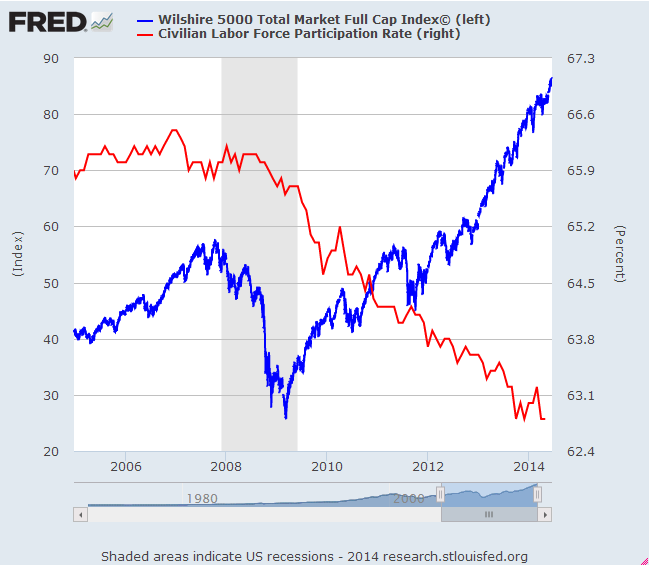