The End Of Ponzi World. As We Know It.

Earlier this year, in the Spring, I put out a post saying Ponzi World was ending. I'm not sure what gave me that idea... 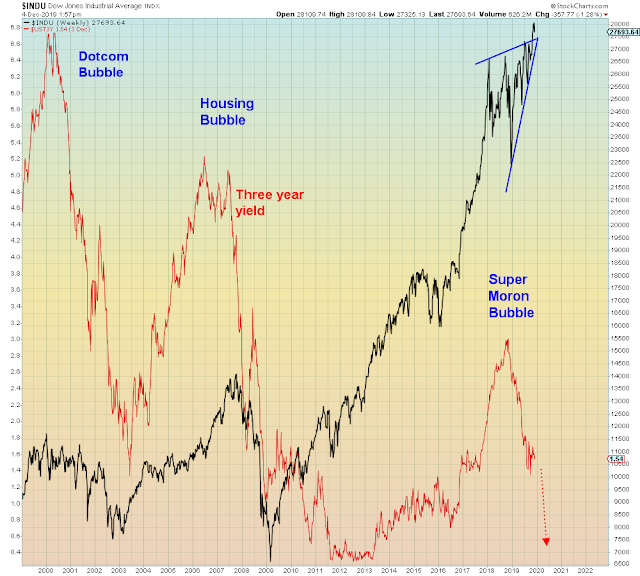 For some reason, I assumed this circus was ending: The economy was heading towards recession, global stocks were in a bear market, the trade war was escalating. It all had a very 1930s feel to it. But, of course, I had forgotten "Hendry's Iron Law" of Disney markets:

"The worse the reality of the economy becomes, the more we take on the reflexive belief in further and dramatic monetary expansion and the more attractive the Disney market looks"


All good. Fast forward six months and now that gamblers are fully lubricated going into recession - I feel this time maybe the last fool was found. In any event, one thing is abundantly clear, over ten years from when I started this blog - I personally had nothing to do with any of this. Something to tell my grandkids, when they ask me why everyone in my generation was such a readily conned jackass.

As we know, my financial predictions have not always been timely as pertains to the massively manipulated S&P futures. Everything else has pretty much imploded on schedule. The last bubble is always the biggest, which is the passive indexing bubble -  the one Big Short protagonist Michael Burry has warned about. The guy who made his fortune from the subprime meltdown. 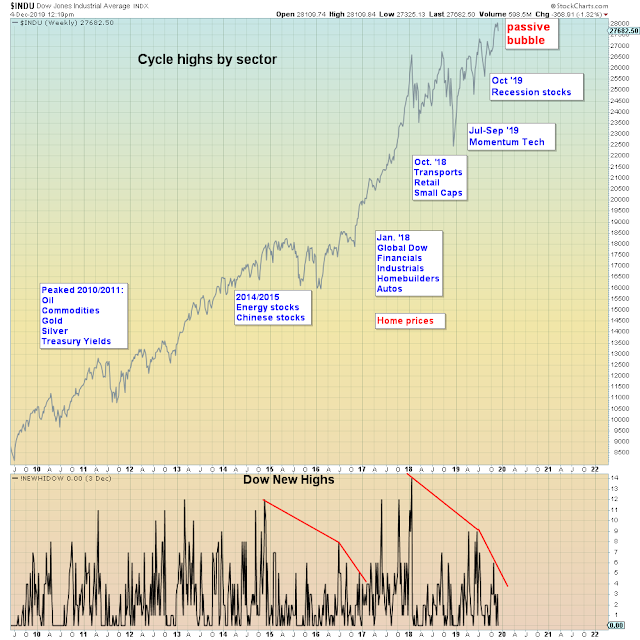 Where I clearly went wrong was underestimating the extent to which this society would bury itself financially to rent prosperity for as long as possible. I had forgotten that for *some* people, this is their last vacation from responsibility, hence they don't care how much inter-generational theft must take place to keep it going as long as possible. No fiscal limit, no monetary limit, no fiscal monetary limit - The "MMT" (Modern Monetary Theory) so many bailout artists fear, has already arrived. In fact it's the current driver that has been melting-up the Trump Casino.
Ironically, the overnight repo collapse caused by Trump's deficit - that hammered liquidity in September - is now what is funding this final stage of rally via Fed balance sheet expansion (lower pane).

As the article states, this much monetary heroin has never been used before at an all time high amid record valuations. 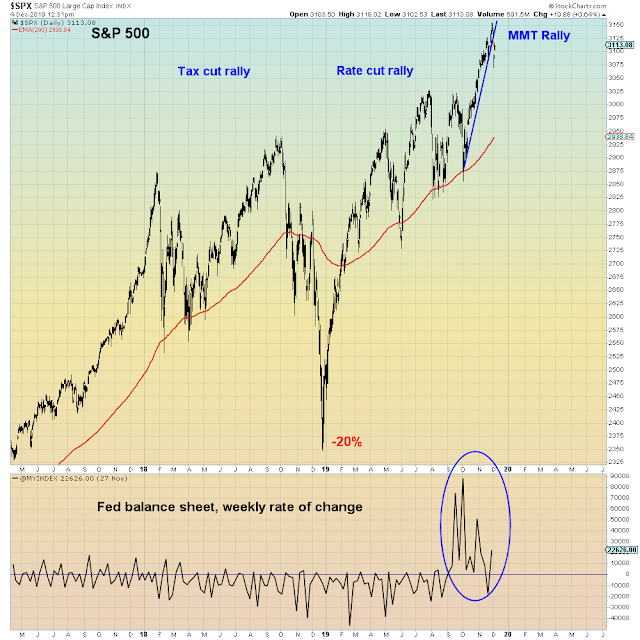 So far, December is kicking off deja vu of last year, with a fake trade truce. Trump asserted this past Thursday that a trade deal is imminent, which he clarified yesterday to mean one year from now. Or never.
This all makes perfect sense to people who have no sense whatsoever.

One year of incoherent Twitter gibberish later and NOTHING has changed in the trade war, other than escalation: 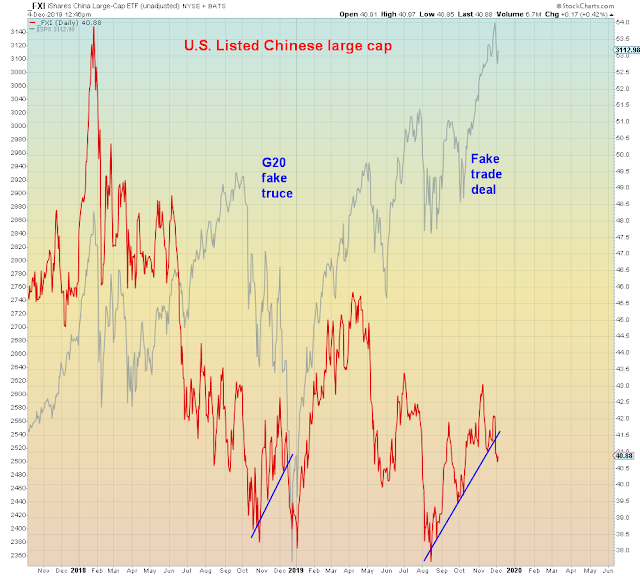 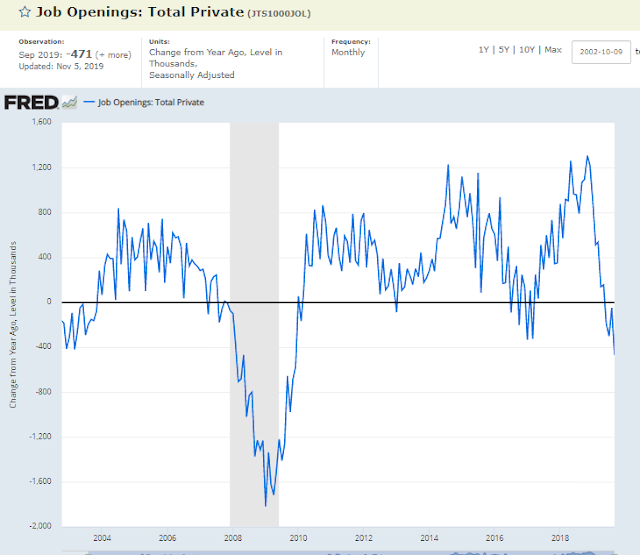 This time around, I intend this to be my last post. For the rest of my rants I'm switching to Twitter which I regard to be the end of civilization anyways. I need to tap back into the Borg to deliver my final messaging, as I'm clearly outside of the safe space, and therefore have a very limited audience. I've been wandering in the 150+ character wilderness for long enough. Which means unfortunately, no more drunken rants. At least ones that get written down anywhere.