Fireworks In The MAGA Kingdom

In the meantime, there are a few aspects of Disney World that are particularly fraudulent. Financial engineering is not as good as it sounds.

Begin with the economy itself:

Which one of these is the greatest economy of our lifetimes? Hint, Trump's is the worst economy of the past thirty years, and that's not even adjusted for debt accumulation: 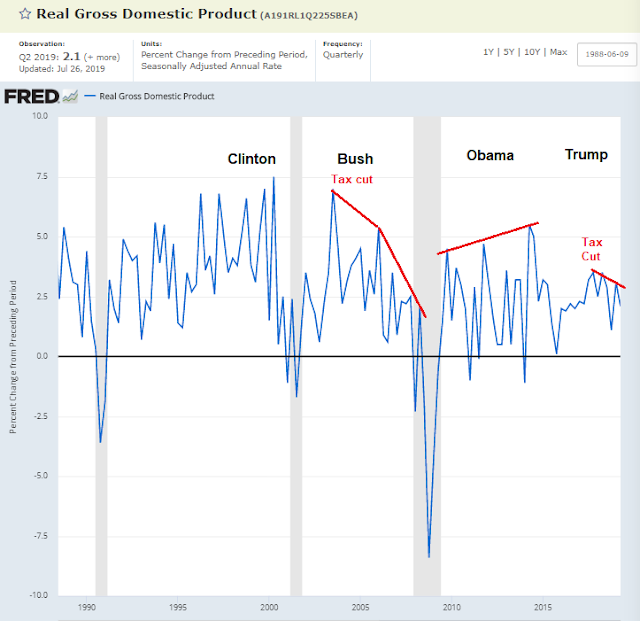 I've noticed, that all of the major selloffs over the past year and a half took place at the beginning of a new month, at the current level of volatility, after a Fed meeting. I don't know why that is the case, but I suspect it's the happy confluence of monthly window dressing and algo-driven volatility compression into the FOMC drift window - i.e. the best 24 hours of the year: 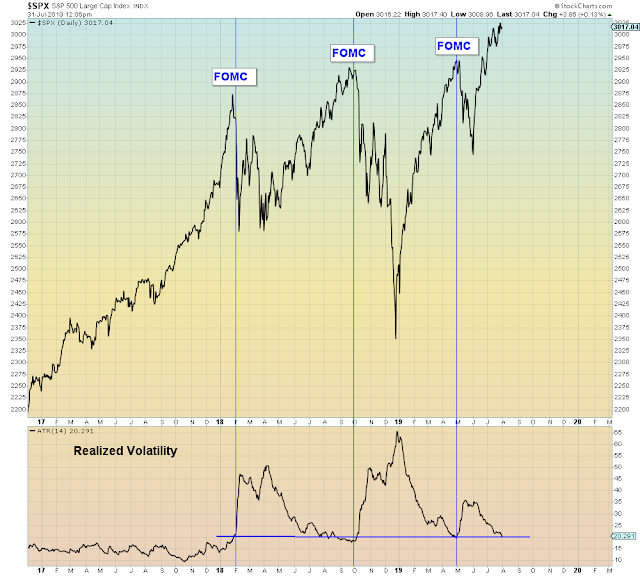 There's another weekly factor that overlaps the FOMC drift perfectly. The fact that VIX weekly options expire Wednesday at the open, the last day to trade/manipulate being Tuesday. Here we see the cumulative (close - close) point gain by day of week: 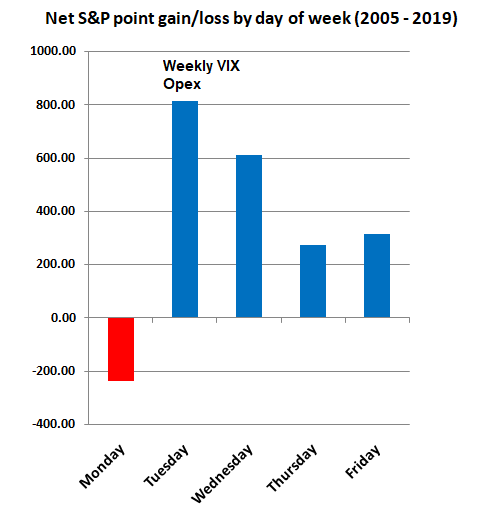 I've noticed that Apple has peaked every time concurrent with the overall casino: 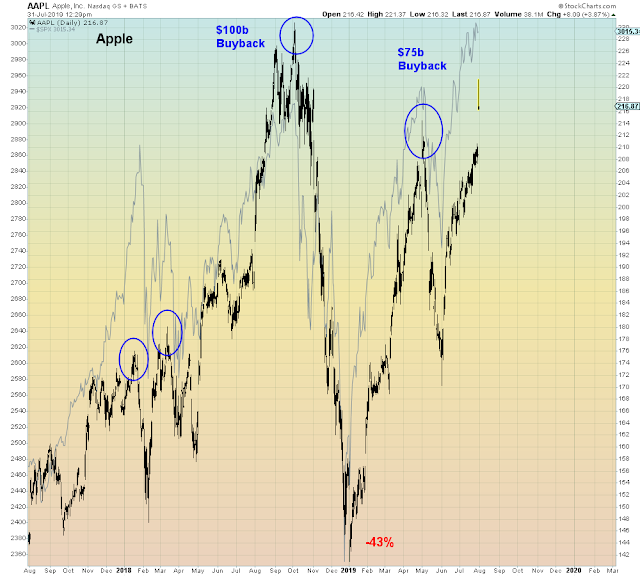 "The travails of General Electric are a reliable signal of the trouble ahead for the large corporate sector of the U.S. economy"

GE has now left itself with minus $48 billion in tangible net worth at Sept. 30, with actual genuine tangible debt of close to $100 billion" 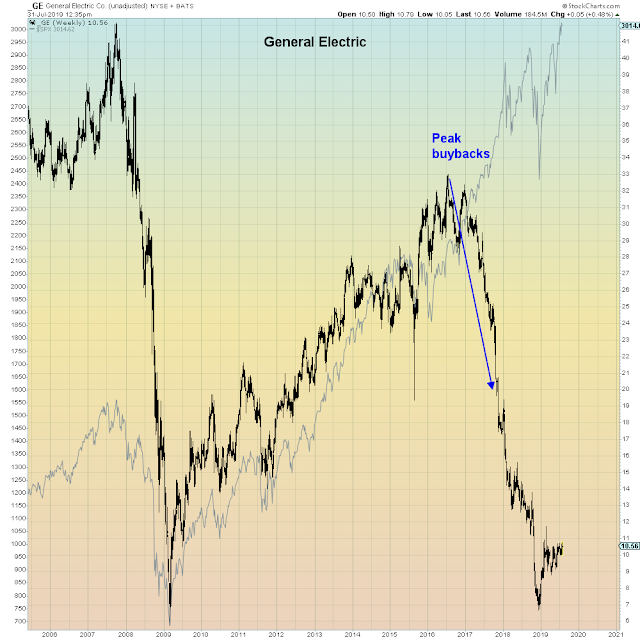 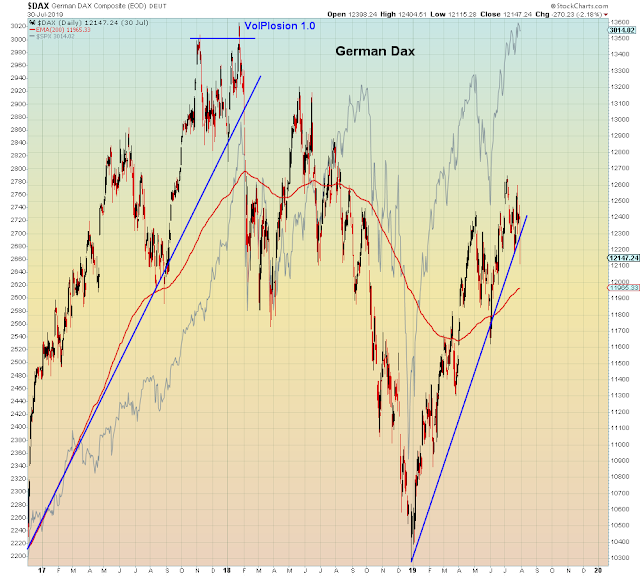 The NYSE composite peaked at this level in October. Also the ratio of the S&P / VIX has also peaked. Both at lower highs than January 2018: 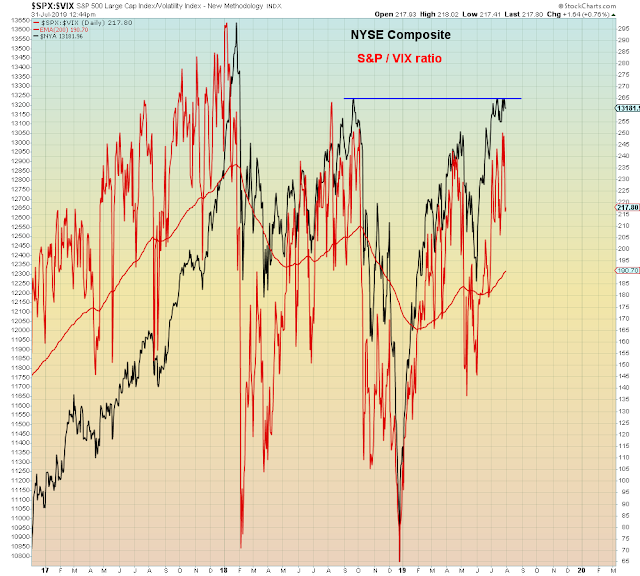 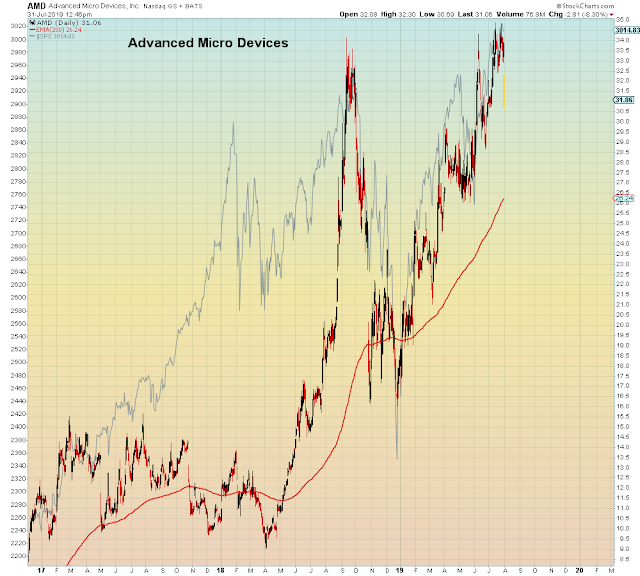 In summary, the sugar high is ending 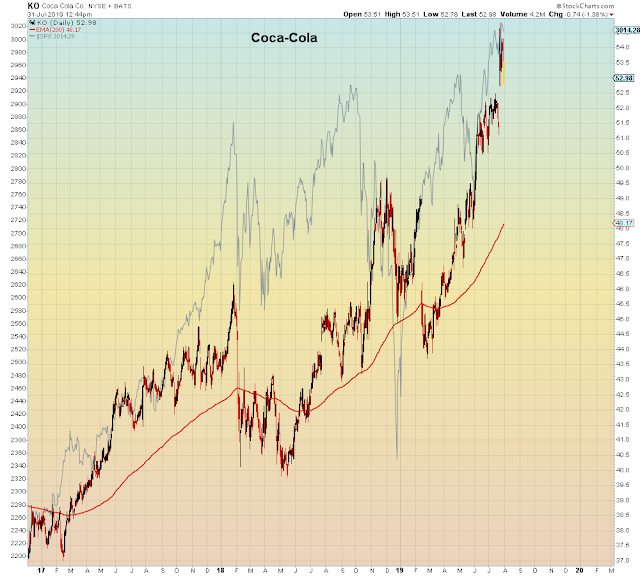 My concern is that if too many algos read this, it won't happen: 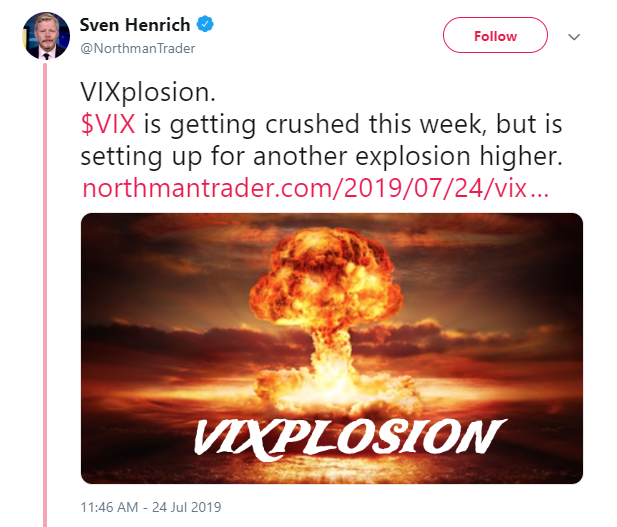 Vix Net Speculative (lower pane) as of July 30th. Algos apparently not reading much these days: 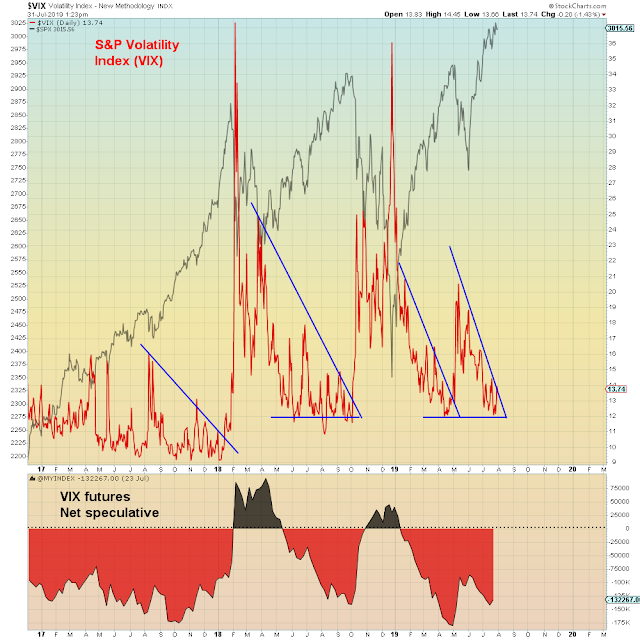