Lead Me Not Into Trumptation

Evil can have no more dominion over us than we allow. That is a choice best made alone, lest mob rule prevail. Nationalist movements have an ignominious history of subterfuge by sociopathic opportunists...

What once was a free enterprise economy has now devolved into a crony corruptionfest predicated upon access to trickle down printed money, and mass fraud, now culminating in human history's largest insider cashout. Bernie Madoff is wondering why he's still in jail, when he could be running Treasury instead... 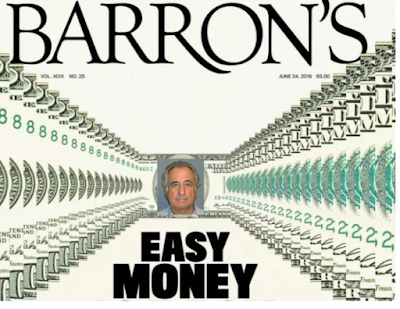 We finally found one Republican who will stand up to Trump - the most powerful one in the world. Today Powell made it abundantly clear he's not onboard with rigging more elections. He had two words for Banana Republicans:
"Fuck Trump"

Today's fake capitalists have set up the 2020 election to be all about preventing socialism from taking hold in the U.S. These people don't know what capitalism is much less socialism. What they really mean is that the rich will stand in front of the money printing press while everyone else gets the bread crumbs falling off the big table.
The problem with Powell is that he's too honest, so he should never be in this job in the first place. He is unfamiliar with Wall Street doublespeak.
What this all comes down to is positioning the blame for what comes next. Trump has well-positioned the Fed to take the fall for not keeping his bigger, fatter, uglier bubble inflated. Nevertheless, I suggest that it will be cold comfort to watch Big Donny walk away from yet another exploded casino while blaming everyone except himself.

The reason why Trump-o-Nomics failed is because both the tax cut and now the rate cut went only to the wealthiest. What the middle class got was a con job and higher debt service burden. The Fed cut rates today because the global economy is sliding into recession. Unlike the U.S., European nations can't run 4% of GDP deficits in order to paper over recession. All those circus clowns crowing that Europe is weak while the U.S. economy is strong, are just more blowhards.

Be that as it may, make no mistake this is now all about central planning gone awry. Because today's wholesale Idiocracy now overwhelmingly believes that recessionary interest rates are the primary reason to buy stocks. Global central banks have pushed gamblers over the cliff into risk in the face of recession.

Case in point, here we see the record disconnect between Aussie stocks and the Aussie dollar. Both are screaming downturn, yet gamblers are more concerned about return on capital while ignoring return of capital. 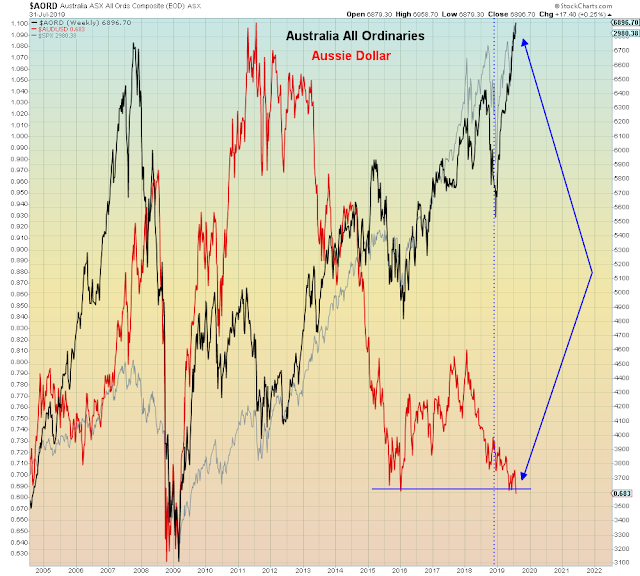 Of course, adjusted for competitive debasement, and returns don't look as good: 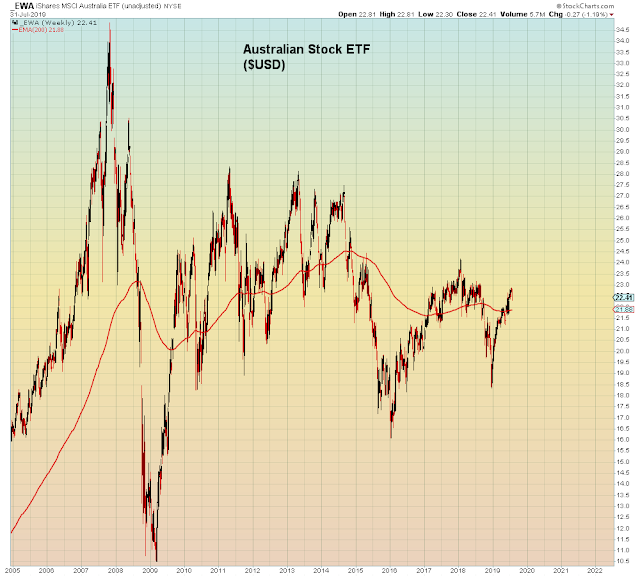 After the crash of 1929, the market bounced back and everyone believed the worst was over. Trade wars erupted and global competitive debasement ensued, but just as now, the disintegration of the world trading order in broad daylight was assiduously ignored.

Then came the real crash. 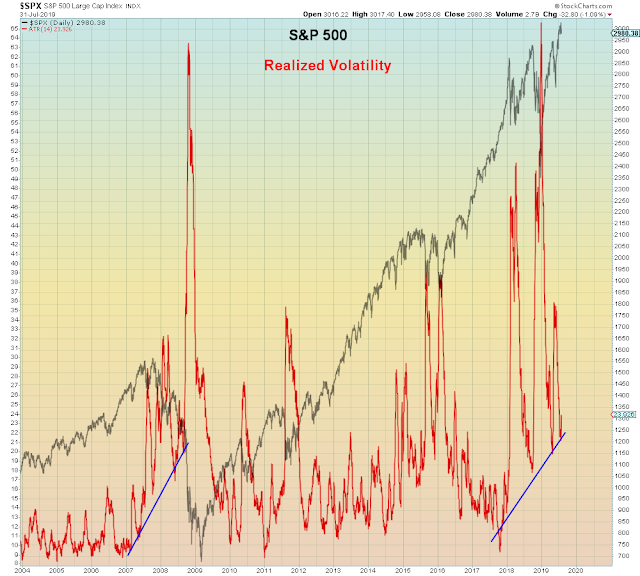 It was always going to end this way. Arrogant jackasses led by much bigger arrogant jackasses. All believing that printed money is the secret to effortless wealth.
Neither of them having a clue what is real and what's not real. Trapped in their labyrinth of imagined realities.

They have no answers because they have no questions. They are all fully assimilated. 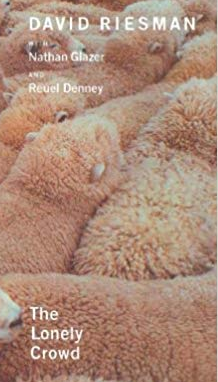