The Madness Of Crowds aka. Collapse As Usual

Legalized criminality is the pathology of decline, aided and abetted by mass conformity. This is how C-Student frat boys took over the world...

Only reality can stop I, Clownius now:

Unfortunately, the U.S. has morphed into human history's largest criminal enterprise wherein the order of the day is to take from the poor to give to the rich. To generate fake GDP growth and otherwise enrich offshore bank accounts, Trump is extracting money from Emerging Markets while forcing future U.S. generations to pay it back...


GDP - Deficit:
This is the best economy ever if we ignore the entire prior history of the United States. 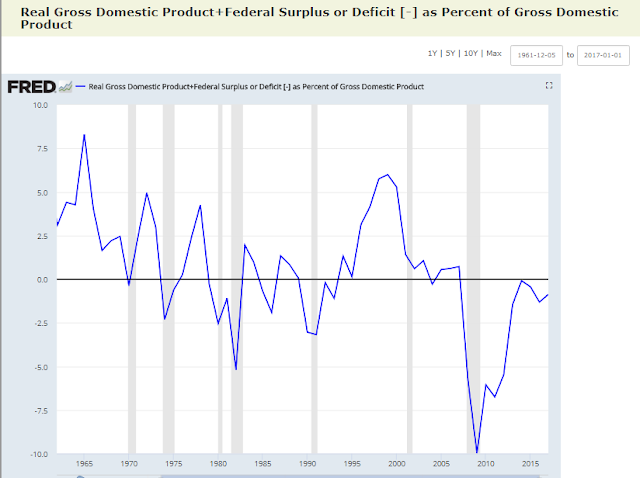 What follows is my synopsis of the best-selling book, The Lonely Crowd, with commentary. I think we all see where I'm going with this: 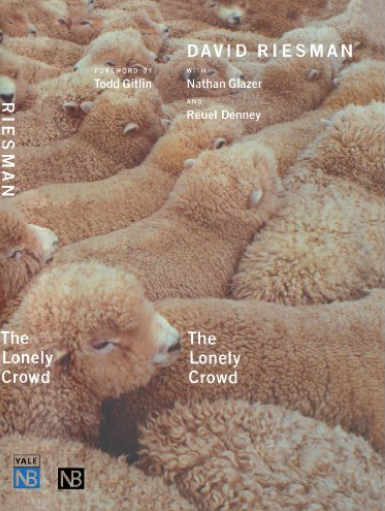 We are all familiar with the concept of “groupthink” - a situation in which a group of people normalize their thinking in order to ensure conformity and consensus within the group:

“Groupthink is a psychological phenomenon that occurs within a group of people in which the desire for harmony or conformity in the group results in an irrational or dysfunctional decision-making outcome. Group members try to minimize conflict and reach a consensus decision without critical evaluation of alternative viewpoints by actively suppressing dissenting viewpoints, and by isolating themselves from outside influences.”

Groupthink requires individuals to avoid raising controversial issues or alternative solutions, and there is loss of individual creativity, uniqueness and independent thinking. The dysfunctional group dynamics of the "ingroup" produces an "illusion of invulnerability" (an inflated certainty that the right decision has been made). Thus the "ingroup" significantly overrates its own abilities in decision-making and significantly underrates the abilities of its opponents (the "outgroup"). Furthermore, groupthink can produce dehumanizing actions against the "outgroup".

What The Lonely Crowd, written in 1950 and subsequently updated, describes is the rise of an entire class of people aspiring to groupthink. Other commentators have astutely associated this phenomenon to the rise of the “corporate man” - a type of hyper-socialized individual oriented around personality rather than character. Someone who takes their cues from the society at large rather than from traditional values or traditional role models. A type of person who is eminently flexible and hence highly adaptable to the corporate environment. Within the book, these people are labelled “other-directed”, whereas I think of them more intuitively as “external-directed”. By contrast, “inner-directed” people adhere primarily to the traditional values ingrained from their upbringing, and are therefore less inclined to bend to the prevailing norms of the day. These people are often seen to be rigid and dogmatic, hence an obstacle to organizational consensus.

It’s not hard to see why corporations developed an overwhelming bias for the former type of individual and rewarded that type of behaviour accordingly. Over time, the majority of Fortune 500 CEOs have become personality-driven individuals versus the analytical/engineer CEOs which predominated at the height of the Industrial Revolution. Whereas during the formative phase of industry, knowing about “things” and “processes” was an advantage - during the post-growth phase, knowing how to manage people became the deciding advantage.

Within modern society, the rise of the external-directed corporate man is directly correlated to the rise of mass media, and the ability to propagate fashionable ideas on an ubiquitous scale. First via radio and television and now of course via social media.

This hierarchical model of installed groupthink all perfectly explains how society has gotten so far off course during the past several decades. Even more starkly since 2008, it’s shocking to see the extent to which society has “normalized” abnormal behaviours and otherwise adapted to ideas and courses of action that in the past would have been deemed beyond asinine - be that a free bailout for Wall Street, negative interest rates, trillions in printed money, debt conflated as GDP etc. etc.

Japanification Is Global:
Another insight gleaned from the book is that the rise of the “external-directed” individual correlates directly to “incipient population decline”. This of course refers to the declining domestic birth rate and the dependence upon immigration to grow the population: The phenomenon that attends all developed-world economies. Which gets back to my point about the aging of the population and the hysterical obsession with maintaining the status quo - what I call "Japanification". The type of person best able to maintain the status quo, is the one who is strictly attuned to the exhortations of mass media to maintain the status quo. There appears to be no amount of mass shootings, fentanyl overdoses, terrorist attacks, trade wars, racial incidents, extreme weather events, or geopolitical escalations that can shake the old age home from their complacent stupor. We live in an aspirational Idiocracy, wherein all sources of reality have been assiduously cut-off. All of the pieces for sleepwalking (back) into economic disaster fit together.

All we need now is a post-literate affirmation-seeking president guided by Twitter.

"You're still talking about 7 or 8 percent total market return in terms of appreciation...his forecast may be disappointing to investors who want a record-breaking, double-digit performance like last year, adding "We're all greedy." 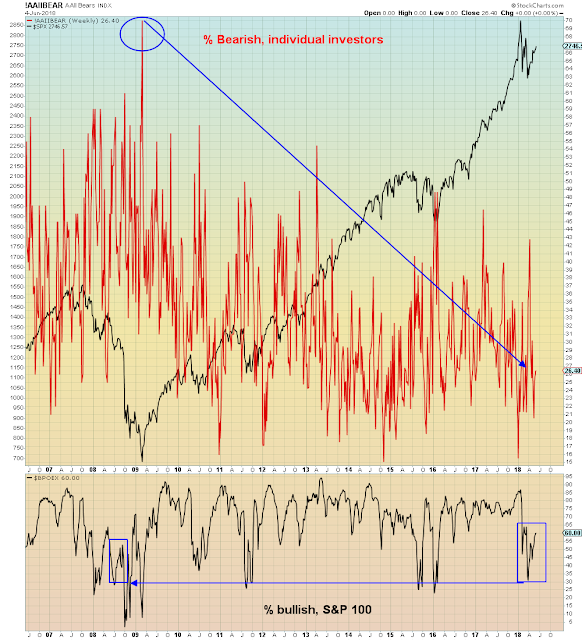 In a nutshell, Japanification is the recycling of dumbfuck ideas by proven dumbfucks, each time expecting a different result. 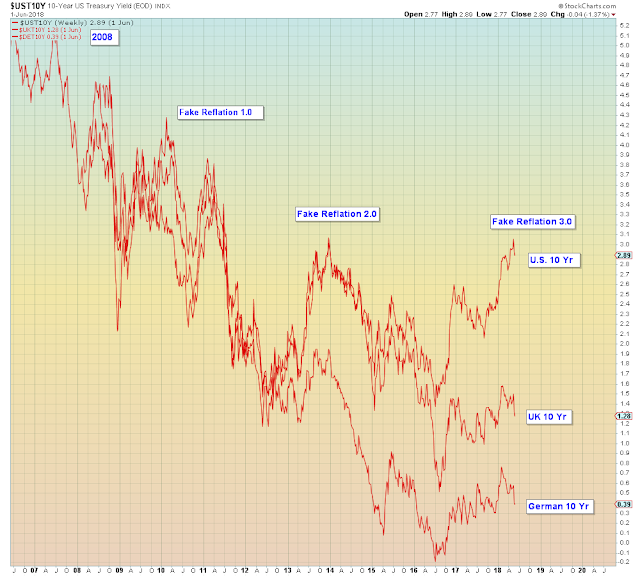 Groupthink dunces on Wall Street got monkey hammered really good last week, so of course they doubled down. A much better lesson is coming. 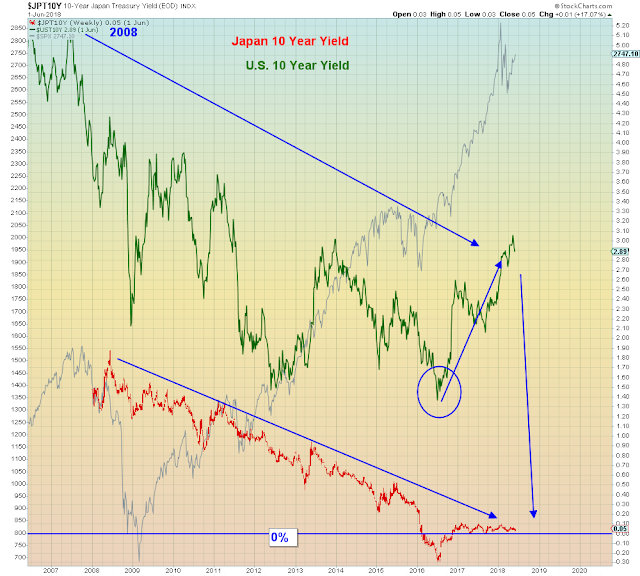 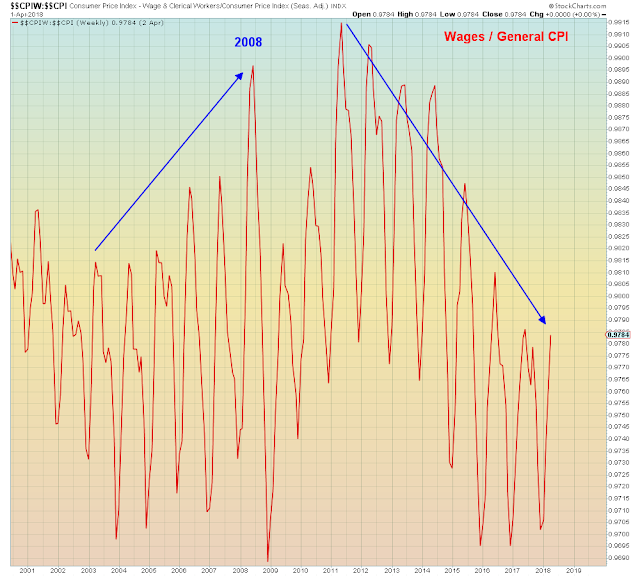 It went to pay for stock buybacks 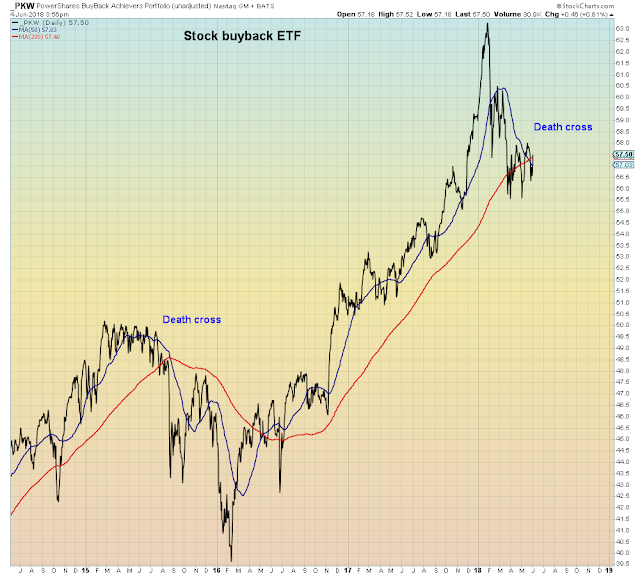 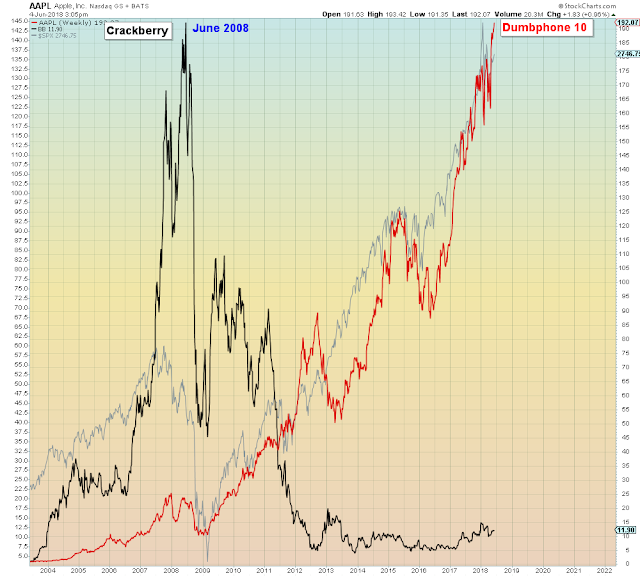 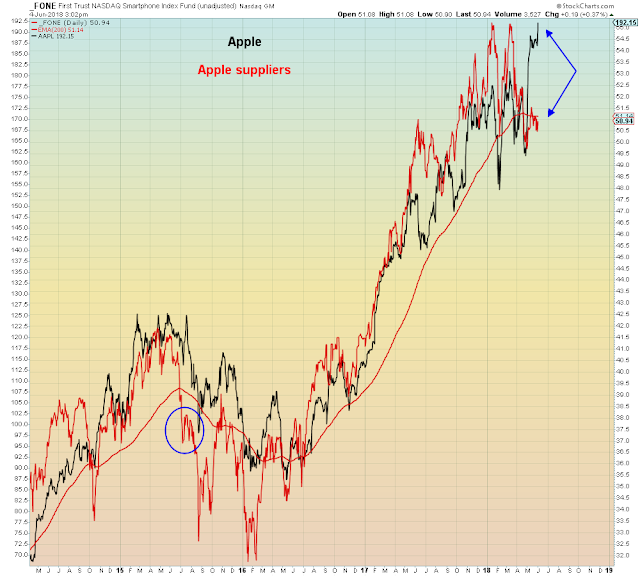 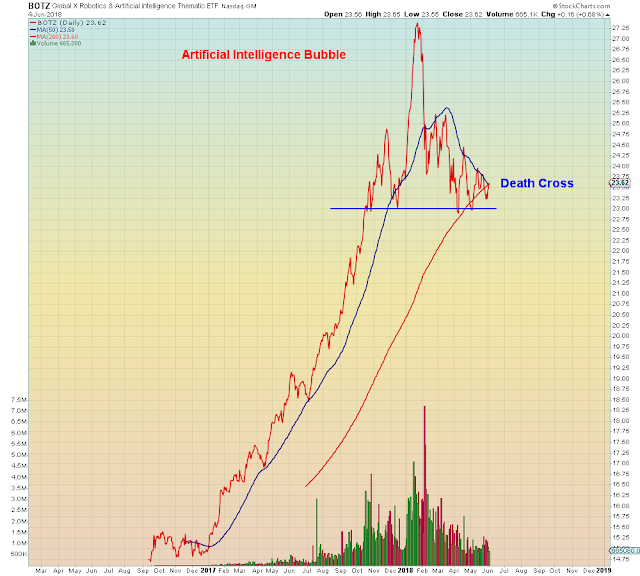