Revelation Awaits The Age of Atrophy

- An "ending diagonal" is a rising wedge, on ever-dwindling volume and ever-deteriorating fundamentals aka. revenue and profit growth. Ascribing this deadliest of all wave forms, predicts how it will end, but clearly not when. The longer it draws out, the more spectacular the conclusion - lending ever more time for fundamentals to diverge from prices. Many financial purists don't believe in technical analysis (price graphs), relying instead upon "scientific" guesses as to what profits and the economy will look like a year from now - assuming all variables remain constant, except conveniently extrapolated growth.

And some passersby would argue that it's highly disengenuous to keep saying the same thing over and over again, while nothing changes. I agree, tell them to stop.

Nothing is more insidious than atrophy. Anyone who thinks that "nothing is changing" is in for a big fucking surprise. 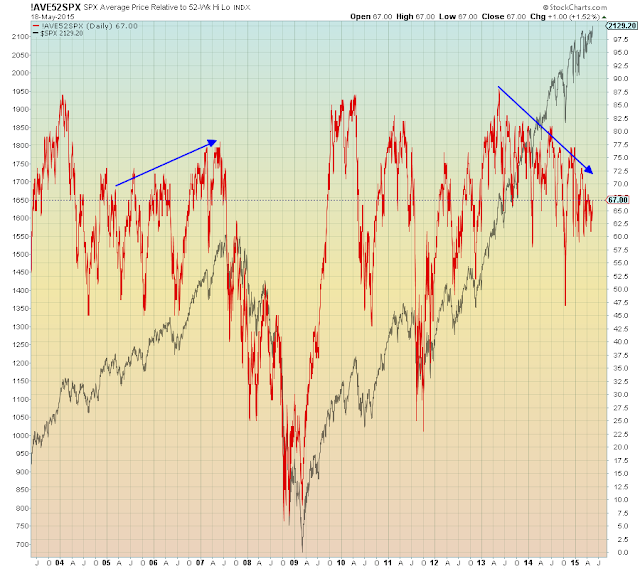 "Sooner or later everyone sits down to a banquet of consequences"