The Business of America is Business

The U.S. prides itself on its "free market" ideology, but yet all of the above "programs" cost more than they do in the so-called "socialist" countries and dollar for dollar are arguably WAY less effective.

My oldest son's first semester at Emory cost me more than my entire degree at U.B.C. (grad 1990). Now into his second year, even at today's prices I could have paid for five or six degrees at U.B.C. for the $120k I've paid to Emory. Now my second son just got accepted to the same school, so time to bankruptcy can be measured in months. (Those who assume I had a choice in the matter, are apparently not married - this will test whether my wife reads my blog or not).

Regardless, I have no doubt that whatever degree they end up with will be of no more educational value than the one I got at a public University in Canada. Judging by some of the dinner table debates we have, it could end up having far less value.

And I could write for days on the "privatized" healthcare system, but suffice to say that bolting Obamacare onto an already disastrously expensive system gets back to the analogy of tying two rocks together to see if they float. Once again, Obamacare was a public program written by and for the benefit of the private sector, so it was in essence the worst of both worlds. That said, I hope to god it prevails because I can't imagine living in a country wherein health care is tied to the job, during a period of extreme unemployment. Tying health benefits and retirement benefits to the employer was just another example of corporate indentured servitude practiced in the U.S. and shunned in almost every other Developed nation. It gives a "Grapes of Wrath" style power advantage to the employer over the employee, as if they already needed one.

Bungee Jumping Without a Bungee Cord
The latest trend is uninsured "healthy" young people who are refusing to sign up for Obamacare - they are often referred to in the media as the "Invincibles". In every other developed country, they would be referred to as the "Idiots". The amount of time it would take to bankrupt one of these morons if they had a bad accident can be measured in days if not hours when exposed to "full retail" rates at a U.S. hospital. 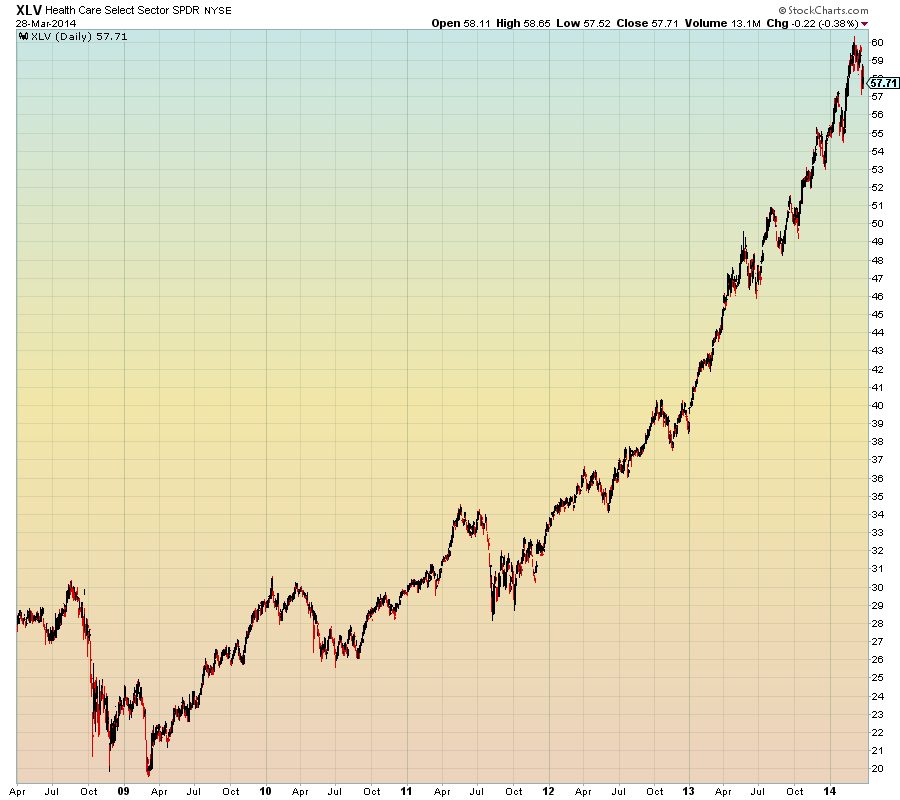 1892 Veteran Suicides So Far this Year (22 per day, every day)
There is nothing I can say about the massively corrupt and bloated Military Industrial Complex, that the ludicrous suicide rate for veterans doesn't say for itself. Suffice to say that if I lost one of my sons in one of those "wars", you would definitely be reading about me on the evening news. And I wouldn't be going after "soft targets" either (this will test whether or not the NSA reads my blog). It's fucking disgusting how profiteering has taken over the entire arena of national "defense".

If you want to end military adventures and associated profiteering, just send the NeoCons' children to war. That would be the end of it. They would all pack up and move to Canada immediately.

The Business of Business is Profit
I don't get into pointless ideological debates. I'm not saying that "free markets" don't work, I am saying they are NOT working under the current massively corrupt configuration. There is enormous amounts of spending taking place and yet zero accountability for outcomes. In all of the above instances "free markets" has led to way out of control profiteering.

The Merging of Business and Government Subverts Democracy
Having lived just outside Washington D.C. for twenty years now, my anecdotal opinion is that the incestuous merging of business and government via 14,000 special interest groups is at the root cause of this massive failure. The pervasive and widely accepted corruption of the "democratic" model doesn't work, for obvious reasons. The concept of "conflict of interest' has been wholly discarded in favour of "supply side" alchemy leading to what some refer to as the socialized corporatocracy. Clearly those who use that term want to slander both socialism and crony capitalism at the same time. There is absolutely nothing "socialist" about crony capitalism, so to conflate those terms is yet another example of obfuscating the real underlying reason for failure which is overriding greed, which in turn corrupted effective government.

The Cult of Greed and Self Interest Cannibalized the Economy
When I moved from Canada to the U.S. 20+ years ago, business degree in hand, I was a hardcore Supply Sider. I was a devoted Friedmanite - I believed all of it hook line and sinker. Fast forward a couple of decades and I came to realize that it was all just smoke and mirrors. The life blood of capitalism is greed, but greed was self-destructing. It had corrupted the entire system. In the end, the promised "outcomes" were the exact opposite of what was promised - instead of widespread prosperity, the out-of-control greed machine was spreading widespread poverty. It's sadly ironic that the nation professing the advantages of free markets at every turn, has ended up with the least efficient and least effective systems in three critical areas. In all three cases, creating a profit was the primary objective, whatever happened after that was a distant secondary priority. Therefore, these apologists for "free markets" need to rewrite their text books, because the everything-is-for-sale model is seriously not working.

In the meantime, while that's not happening, those lazy "socialists" will be running laps around the U.S., with respect to education, healthcare and absurd levels of pointless military spending.

Maximizing share price should not be the end goal of a well run economy
Any economic model that doesn't resolve the issue of systemic poverty and wage deflation, is not really an economy, it's merely a Third World exploitation scheme on the way to becoming just another "interesting" historical experiment.