Presenting 2013: The year of Insanity
Following a rocky 2012, global Central Banksters massively increased our dosage of monetary Prozac to keep everyone fat and happy. The end result was manic insanity in every direction...

Hyperinflation is good for stocks, if nothing else 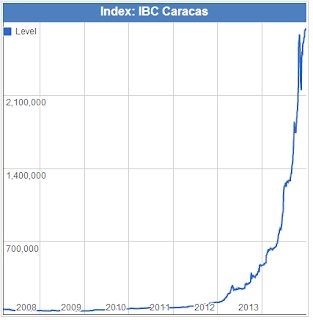 Record U.S. Stock Market:
Similarly, here in the U.S. expansion of the money supply has been very good for stocks as well. The S&P had its best year since 1995. Unfortunately for Republicans, it's a statistical fact that stocks perform better under Democratic Presidents - Obama being no exception. Of course, Obama can thank Bernankenstein for that... 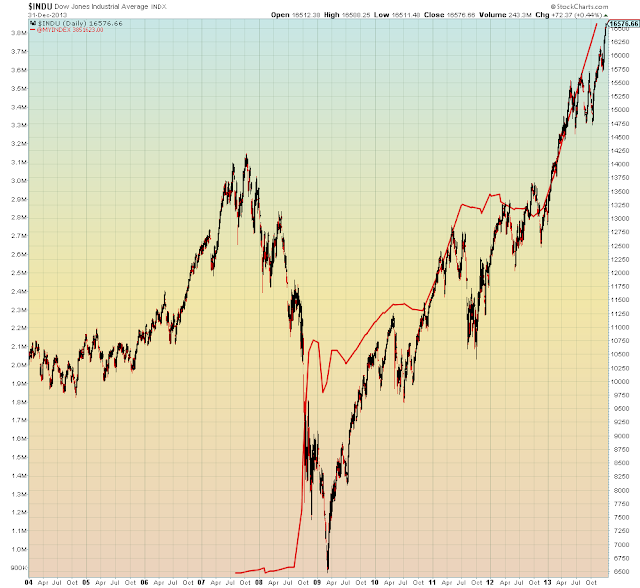 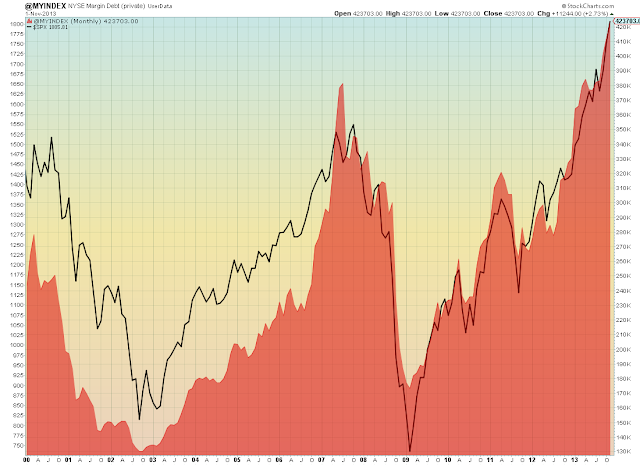 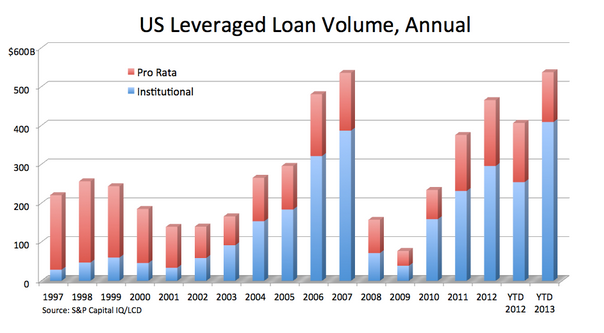 The riskiest type of leveraged loans aka. "covenant lite" doubled in 2013 to a new record.

Record Global Monetary Stimulus
Whereas total monetary stimulus is at a new record (left scale), the velocity of money (yellow line) has collapsed, meaning that the money is not being lent into the real economy. Therefore, it's being used by speculators.
http://www.cumber.com/content/misc/G4_Charts.pdf 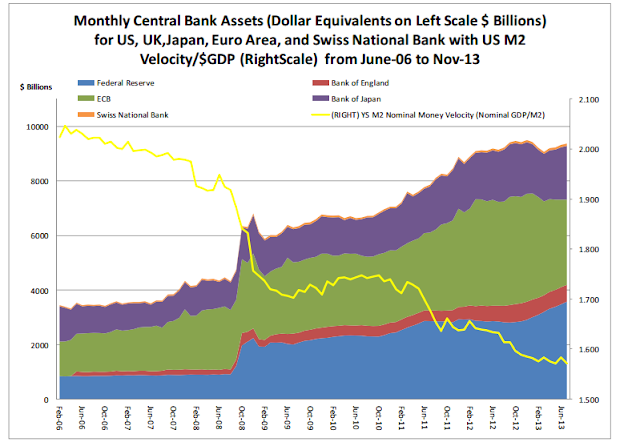 Record U.S. Foodstamp recipients (all time high)
Despite record dependency on foodstamps, in their infinite wisdom, U.S. policy-makers just reduced foodstamp aid across the board. In addition, due to statutory limitations, 1.3 million Americans are on the cusp of losing their unemployment benefits, despite the fact that the U.S. long-term unemployment rate is at a record high. 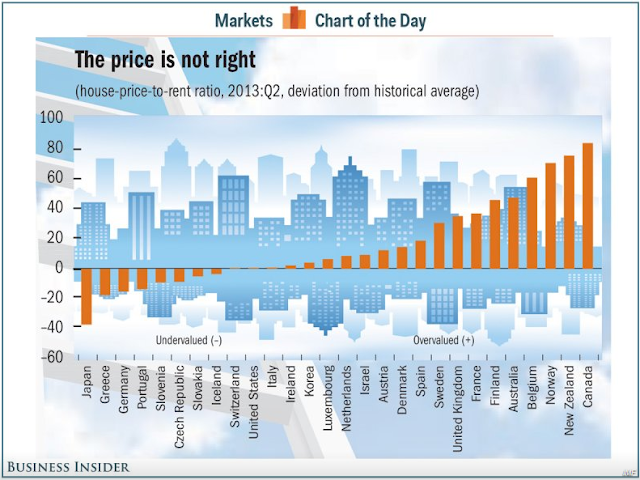 The Military Industrial Complex is doing just fine thanks (Defense ETF: PPA)
So much for sequestration, fiscal cliff and budget cut-backs... 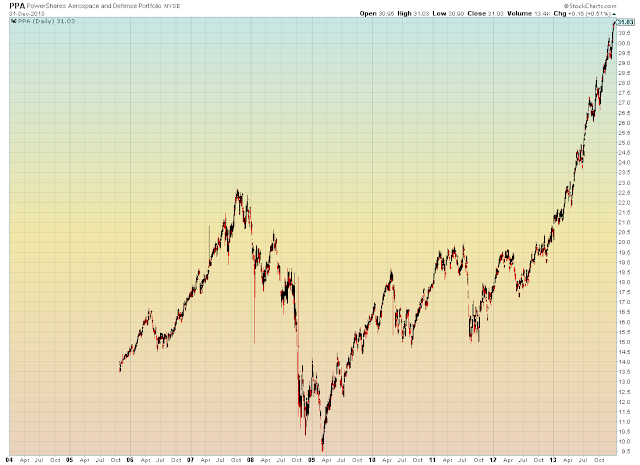 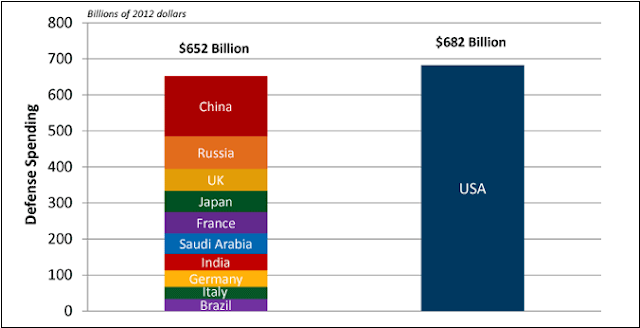 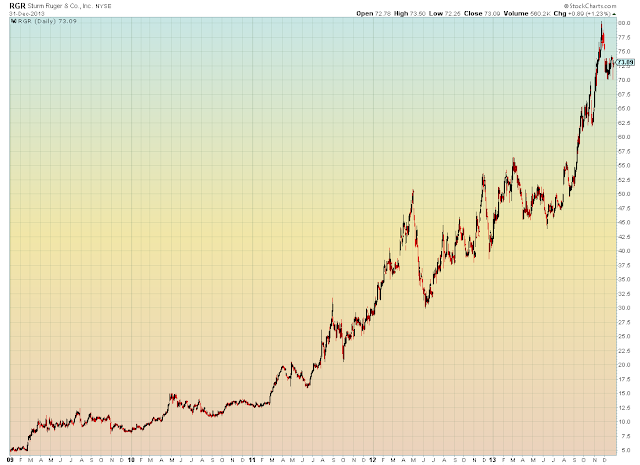 Record Mass Shootings
And Yes, the trend is up...

Record Diabesity
Thanks to the godless Frankenfood industry and its apologists, all of our kids are at risk of chronic lifetime disease. For the first time in a century, life expectancy is starting to fall. 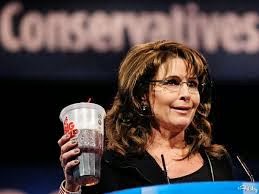 Record Prozac
All is not well under the surface of La La Land...this phony contrivance known as globalization has a habit of tipping people towards psychosis...

Record Human Beings
This is by far the biggest issue we face as a species. Human beings are destroying this planet at an unsustainable rate. The globalized Ponzi trickle-down economic model allowed the human population to grow artficially unchecked, aided and abetted by technology, frankenfood, and global trade. However, we are already starting to see the tipping point wherein global billionaires are becoming less and less willing to "share" their astronomical wealth with the broader population. On the other side of the "reset", global wealth will collapse and the Ponzi trickle-down model will yield to the everyone-for-themselves model. Trade and financial imbalances will implode. Economic output will fall and then latent resource scarcity which has been lurking under the surface, will be fully revealed. There is not enough to go around and welfare programs which are already stretched i.e. foodstamps, unemployment insurance etc. will collapse. There are two wholly unsustainable aspects to the human condition, one is the consumption-oriented lifestyle, the second is over-population. Both of these problems will be "mitigated" during the reset. This trend will reverse: 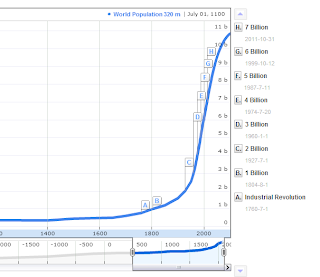 What Bubble?
Many realize we are in a bubble, but continue to rationalize why it will continue to last longer:
http://www.marketwatch.com/story/there-are-all-sorts-of-reasons-to-remain-bullish-2013-12-31

However, for those who do not realize that we are in a bubble it's merely because they are fully bought in to the status quo and therefore enjoy being lied to by our morally corrupt thought dealers. The majority don't see the bubble, because the consumption-oriented lifestyle IS THE BUBBLE.

A Lethally Toxic Combination
Taken alone any one of these factors may not be a major issue, which gives the lamestream media and comfort-seekers at large the plausible deniability that they desperately cling to. Taken together, however, this is all clearly an economically and geopolitically lethal toxic combination that will lead to inevitable economic collapse and anarchy.