The Most Cynical Society In Human History

Any society which blithely assumes that a high degree of greed, corruption, deception and mealfeasance is just "business as usual", will be totally surprise obliterated when it all leads to collapse... 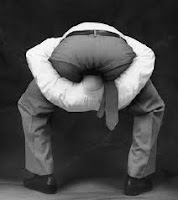 Rampant Cynicism For An Infantile Society
It used to be that leadership elites hid their underlying motives for various military interventions, on the view that society at large would be disgusted by their ostensible 'realpolitik' machinations. However, along with everything else good and virtuous, that concept went out the window, as society wholeheartedly embraced open cynicism.

For those keeping score at home, here are some of the most egregious openly-accepted deceptions in recent history:

Iraq War - "Shock and Awe" for the Faux Newstards
The incursion of Iraq for its resources, under the false pretense of finding Weapons of Mass Destruction, has to be at the top of the list. The majority at large didn't blink an eye to this deception - GW Bush handily won re-election. Meanwhile, Saddam Hussein who was sponsored by the U.S. going back to the late 1970s with his war against Iran, was summarily hanged. One of the charges in the hanging, was for gassing the Kurds during the 1980s at a time when he was being supported by the U.S. against Iran, using mustard gas that was supplied by the U.S. 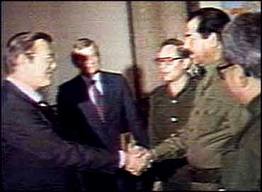 9/11, Bin Laden and "Patriot Loans"
Using 9/11 as a pretense for a modern day crusade, resource grab, military industrial expansion, and economic stimulus program was also extremely cynical. The loss of life from 9/11 was roughly equivalent to the number of children who die in Africa every day by breakfast time, for want of a few dollars worth of food and medicine. From a historical standpoint, the disproportionate over-reaction by history's largest superpower gave lie to the superficial excuse that was 9/11. Chest-thumping pseudo-patriots were easily recruited to the propaganda cause, with the goal of proving that the world's greatest superpower could not be attacked with impunity. In the event, they started the two longest entanglements in U.S. history and succeeded only in proving that they have a profound lack of military, historical, and economic judgement. Not the first pseudo-patriots in human history to bankrupt their own country, to be sure. Bin Laden could not have dreamed of provoking such an outsized reaction and resulting economic attrition, now measured in the multi-trillions when taking into account all derivative economic impacts. 9/11 proved that the world's largest superpower couldn't take a punch. It also led to Greenspan's 1% free money bonanza ("Patriot Loans"), the housing boom, the subprime mortgage fiasco, all culminating in the 2008 collapse.

Obama: Wall Street's Manchurian Candidate
The election of Obama under the pretense of 'change' from the Bush Administration was itself vastly cynical. The policies didn't change, only Obama changed. He was Neoconned. Upon election, any plans to bring to an end the two wars, were shelved as both occupations were extended by years, with the Afghanistan conflict still underway today. Meanwhile, the Democrats ran two Presidential elections opposing the Bush Tax cut for the ultra-wealthy - yet earlier this year, it was locked in permanently by Obama with bipartisan support. Closing Guantanamo Bay was another failed promise of course. In general, there was theoretically going to be a move towards more transparent governance and less intrusion on civil liberties. That has turned out to be a total joke of course. Systematically, the Obama administration has furthered the encroachment on U.S. civil liberties that was started under GWB. This latest NSA "Prism" revelation was only the latest example. Meanwhile, Obama's first act as newly elected President was to travel around the world, with focus on the Middle East/Muslim nations to convey a conciliatory message and otherwise patch things up from the big bad Bush Administration. Unfortunately, he followed up his diplomatic mission with incessant drone attacks, the likes of which GWB never even attempted. And as I have pointed out before, the only thing that Obama really had to do (other than end the wars) was to reform Wall Street, something he has assiduously avoided, thanks to their campaign support. In the meantime, the fiscal costs alone emanating from 2008, in the form of recurring deficits, have cost $6 trillion, giving lie to every apologist who says that the bailout never cost taxpayers any money.

Neoconned - Mickey Mouse for President
The United States has been taken over by the Neocon movement. It's abundantly clear, that it no longer matters who is the elected President anymore, because whoever it is will be quickly assimilated by the Neocon borg. Any attempt to oppose the Neocon agenda is dealt with in the harshest of terms, always in the form of a barrage media attack of right-wing pseudo-patriotic sloganeering. Still, the masses at large really don't seem to mind. Since 9/11, the brain-washing has been constant and consistent, that anyone who opposes the Neocon agenda is some sort of seditious traitor. This latest whistleblower for the NSA, Edward Snowden is now being trashed and smeared by the establishment as being an opportunistic communist hell-bent on destroying his own country, when it's the exact opposite. Notice in this article that he is being attacked from "all sides", the right and the pseudo-left which have essentially morphed into one massive Neocon group think blob. The bottom line is that the older generations don't trust the youth in this country because they remember all too well the kind of anti-establishment anarchy they themselves incited in the 1960s and now they are scared to death that it could happen to them. And unfortunately Snowden potentially threw his life away for nothing, because the Idiocracy at large doesn't care about its privacy anyway. Consider that the porn industry is going out of business because there are so many people putting free porn of themselves on the internet (it's not all high quality, granted...).

They Knew They Were Something
For those who want to know more about the history of the Neo-conservative movement, I highly recommend the book "They Knew They Were Right: The Rise of the Neocons". You can't find a more cynical political movement than this one, grounded strictly in hijacking whatever social mood fad is popular at the moment and exploiting it for maximum political advantage. The founders of the modern Neocon movement were originally Trotskyists back in the 1930s morphing into Kennedy Democrats in the early 1960s on their way to being right of Attila the Hun...

The Environment - "You didn't build that"...
Don't get me started on the environment. Somehow this infantile society has convinced itself that injecting 80 million barrels of oil into the atmosphere every day for decades, has improved upon God's creation; even as half mile wide tornadoes and 800 mile wide hurricanes become ever-more frequent. It's merely a matter of how many mega-tornadoes and mega-hurricanes have to appear before the Idiocracy at large realizes that they are not climate experts and that the overwhelming majority of experts on this subject are in agreement. By that time of course, recurring natural disasters will make it impossible to get property insurance, thereby blighting significant portions of the developed world. Fortunately, an economic collapse will do more to reduce carbon levels than any number of Kyoto summits held by corrupt and bloated bureaucrats. Also, such a rude economic awakening should bludgeon the Idiocracy with a life lesson about putting their future in the hands of smooth talking charlatans - economic, environmental or otherwise.

Unoccupied Wall Street and The Illusion-Formerly-Known-As-The-Economy
Last but not least, my favourite subject. I won't go into too much detail, since this entire blog is dedicated to this subject. Suffice to say that this cynical culture didn't blink an eye when there was zero accountability doled out to Wall Street and the banksters after 2008. The Occupy Wall Street movement was greeted with derision and scorn rather than an acceptance of the fact that without a reformed Wall Street, 2008 was only going to be a warm-up to the main event. As far as the economy, what can you say about a society that is willing to bankrupt all successive generations just so it can avoid the consequences of its own actions and continue to enjoy a totally unsustainable standard of living. Totally and utterly morally bankrupt. This policy of borrowing a trillion dollars per year which is 140% of the U.S. defense budget, and financing it by printing an equal amount of new cash via the Fed, is a policy strictly for the dumbest society that ever walked this planet.

"Aw Fuck, Not This Again !!!"
And of course, that  failure of accountability after 2008 and its resulting "moral hazard" - encouraging the same mistakes all over again, will make all of the difference. At this juncture, the masses at large and lamestream media are overwhelmingly bought in to the unquestioned delusion that the status quo is indefinitely sustainable. It's the biggest global lie ever sold, all to comfort a Prozac-riddled ageing society no longer capable of accepting reality on any level.