After 2008, this society was confronted with the inherent depravity of the globalized ponzi scheme. However, instead of addressing those fundamental inequalities, this society, as usual chose instead to rebuild the temple of greed as quickly as possible and resume worshipping. At this juncture, those who have bought in to this phony market and this globalized ecological/human catastrophe (aka."the economy") --- have sold their souls.

Because as long as someone else's children were doing the dying, it was all good...

But now Wall Street finds itself at another interesting juncture. The S&P 500 is Wall Street's key benchmark and it has now levitated from a closing low of 666 in March 2009 to the now lofty 1666 close of today.

Let's see what kind of luck the Mark of the Beast brings to Wall Street, when visited for the second time, this time from the other direction. Here ZH explains why today's closing value fluctuated between 1666 and 1667 after the close i.e. it was yet another widely ignored single stock Flash Crash. It was an ominous harbinger of things to come - when every single risk asset will be 100% correlated to the downside on massive volume, and the HFT bots decide to step aside during the meltdown: 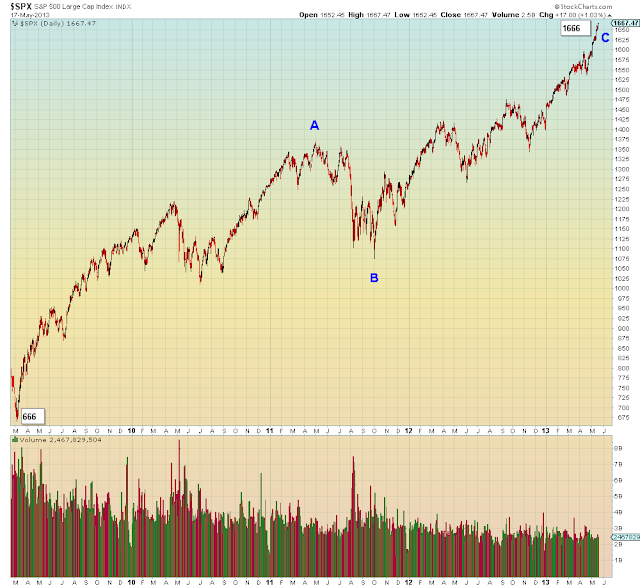 The other (De)Mark of the Beast:
Interestingly, the adjusted 1667 close is precisely 100 points (6%) above where Tom DeMark predicted the S&P would top out, back in March. DeMark is one of the most venerated technicians on Wall Street, so hedge funds taking his advice either have to wholesale abandon their bearish inclinations, or just shut down. Exactly the type of "choice" this market wants Wall Street to make.

In A Faustian Bargain All Roads Lead Back To 666...
Below is the same chart, inverted so that 1666 is at the bottom and 666 is the top. Shape-wise it's symmetrical to the one above, meaning two very sharp rallies separated by a pause in the middle. In Elliot Wave terms, that's an "a-b-c" pattern, meaning it's a corrective rally, not a new bull market.

History's largest headfake, believed by a society desperate to be lied to: 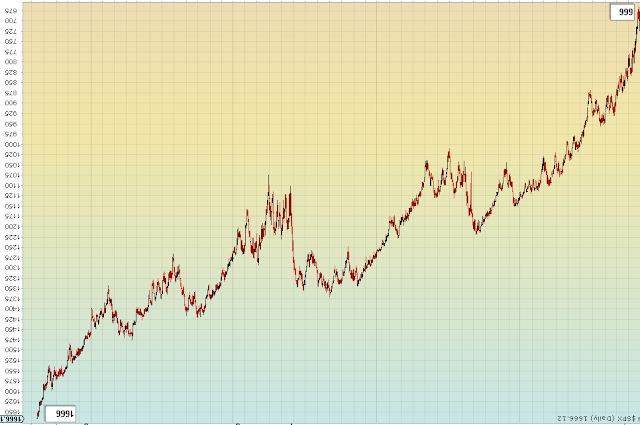 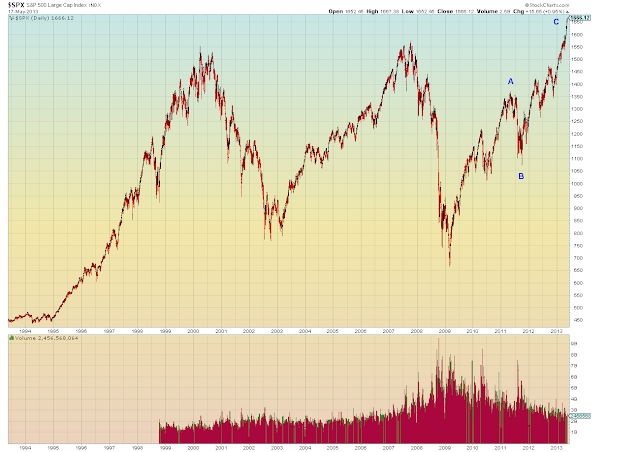