Do That To Me One More Time

[Updated: April 11, 2013]
The streak has continued through Wednesday. Tuesday's reading was the second lowest in six years (Below are the lowest three P/C occurrences since 2006):

Previously, I had shown that the index put/call ratios were extremely low in the past 6 months. Over the past six years, combined, index put/call ratios were only below "1" fifteen percent of the time. In fact, instances of the ratio below "1" were once considered outliers. In the past three weeks there has only been one day when the ratio was above "1". Indicating speculators are now using index options to increase market exposure rather than to hedge.

Meanwhile, IBD tells us that there have been no less than 6 distribution days on the S&P and Nasdaq since early March, meaning that institutions are selling hard into this rally. Volume is rising on down days and falling on up days. They know that earnings will be bad and earning outlooks will be worse... 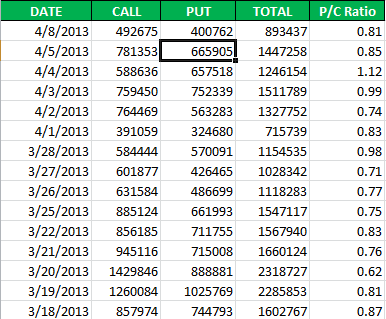 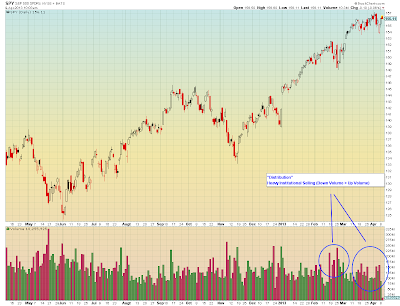 We Still Haven't Learned Our Lesson...This Will Be The Last Time...
These extreme indicators that just keep getting more extreme are a testament to the overwhelming power of greed and delusion. There is no free lunch, and all that Fed liquidity achieves is to pull forward buying from the future into today - the same way that cheap mortgages pulled forward years of housing demand, during that bubble.  And of course, that means there will be fewer buyers in the future to support the markets at lower levels.

I suppose this would all be a lot more fun, if it wasn't the third debt sponsored, greed-inflated bubble in 13 years.

Now we all just look stupid... 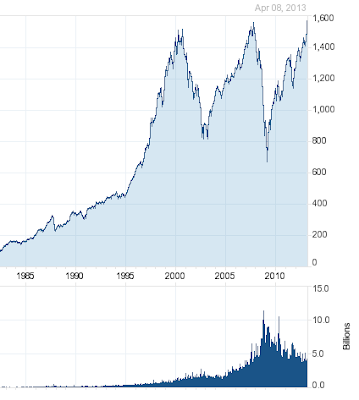