The arguments to own gold right now are so intuitively obvious that one feels a fool not to own it. In past history, there has never been a case where "money printing" didn't eventually lead to runaway inflation.

Therefore, ironically, the reverse situation now abides. Central Banks must monetize debt in order to keep the economy afloat, or else the pyramid of debt would collapse under its own weight. We are at the stage now, where "someone" somewhere across the global economy must be accumulating enough debt to keep demand high enough to prevent a global economic collapse. We all know that the Fed plans to monetize another trillion dollars of debt this year. Is it just a coincidence that the U.S. deficit will also be a trillion dollars this year? What if the Fed monetized less than a trillion - that would cause a contraction in the money supply as private investors would have to trade cash to buy government bonds.

The Paradox of Thrift
All of this is predicted by the paradox of thrift i.e. we can't all pay down debt and save more or the economy will collapse. One man's consumption is another man's income. Leading up to 2008, it was the job of the private sector and households to accumulate debt. Now it's the job of sovereigns to accumulate debt. All of this accumulated debt is massively deflationary. Even though pollyannas tell us that debt service costs (aka. interest rates) have never been lower, everyone in the real world knows that massive debts that are not self-amortizing, eventually need to be rolled over. And in order to roll them over, the borrower needs to prove his solvency. The entire model doesn't go in reverse. In order to continue debt expansion, incomes must be constantly rising. Contracting incomes lead to default. Default leads to asset liquidation and 'repricing', as risk assets get puked back into the market.

Unfortunately, gold having no intrinsic value, will be one of the first assets that gets liquidated (bread and ammunition being the last). Central Banks globally have monetized $9 trillion in debt in the past four years, with the resulting effect on gold, shown below. Time is running out for the gold advertisers to unload their remaining inventory on a gullible public, because we know for certain that borrowers' incomes are heading in the wrong direction.

Bernankenstein v.s. Reality - Place Your Bets
Bernanke is smart enough to know what happens to global markets if he stops buying assets. However, he is fool enough to think he can indefinitely forestall economic reality. Historically, monetary policy was never used for four years straight to support an economy or markets. It was used for short bursts during recessions to ease the cost of borrowing and then ultimately reversed during expansion. This idea that Central Banks can indefinitely bid up assets while we all stand around like fucking idiots waiting for the economy to return from China, is a delusion of the first order. And what will Bernanke say when time runs out on his historical experiment in attempting to defy reality? What did Greenspan say after the housing bubble burst ? - he denied that 1% interest rates had anything to do with it...Apparently lowering the price of something to incentivize demand - aka. Econ 101 - works for every other asset class, except money.

When Confidence Goes Away, So Will The Money...
The real root of the gold fantasy, is that we live in an infantile society that just implicitly assumes there will always be enough money around to buy the trinkets, iPhones and gold bullion offered for demand. This society has never known any different. The last of the Great Depression survivors are all gone now. The Lost Boys of the Idiocracy even reinvented the history around the Weimar Republic and the great hyperinflation. Contrary to the Lost Boys' interpretation of hyperinflation as the problem - it was the solution, to extreme deflation and crushing debt burdens. The difference between an economy in hyperinflation versus one in extreme deflation is that the former is an economy whose heart is beating too quickly. The latter is an economy whose heart is not beating at all. Both situations are bad, but one is a lot worse. All it takes to fully understand extreme deflation is to visualize the 99% of junk in a shopping mall that no one really needs, and then imagine the type of economy where no one can afford any of it anymore. 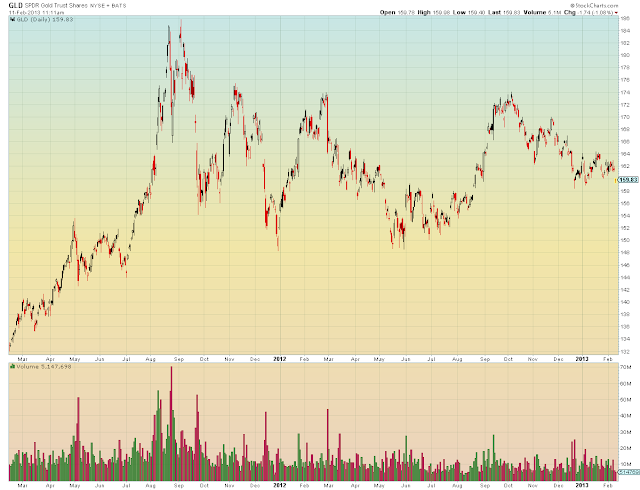