Then There Was One 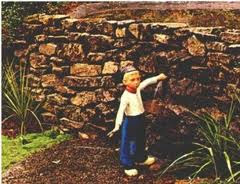 Following the latest Euro Summit it's abundantly clear that the onus is purely on Germany to (decide whether or not to) keep the Euro zone together.  Hollande threw his lot in with the 'other side'.


Political Impacts
The biggest outcome of this particular summit was more political than financial/economic, because it was the first time that Germany has been totally isolated in its stance from the three other largest Euro-zone economies.  The delusion of France as a financially sound entity has now been totally discarded, except by the French.  So on one side is a country that has money, and on the other side three countries that need money.

Therefore, it was the Merkel ground and pound and by all accounts she did not fare well - three against one.  Even more ironically, coincidentally on Friday German parliament passed approval for the European Stability Mechanism (ESM), yet another (larger) pot of money reserved for bailouts.  In other words, it was very fortunate for Spain et al. that this previously scheduled ESM vote did not give German voters a chance to absorb the implications of Friday's Euro Summit gang bang.

Financial/Economic Impacts: Binary outcome
As always, ZeroHedge has the most incisive (if not Tolstoy-like in its length) financial review of last week's proceedings.

Not to be overly reductive, but I would distill the ZH review to the key point that we have now reached somewhat of a binary outcome.  Either Germany goes down the path of accepting an open-ended liability vis-a-vis the new ESM bailout fund, OR this recent turn of events forces a de facto referendum on ongoing German participation in the Euro.

One other critical point I would add though, is that markets can't wait for either of these two scenarios to drag out indefinitely.  Not withstanding Friday's rally, Spanish bond yields remain elevated and it's only a matter of time before Spain will need some of the hard cash that the markets seem to believe was promised from Friday's meetings.

The Bailout Amount is a Moving Target/Open-ended liability
Leaving aside the referendum option which is a wild card that could take months to implement, leaves us to explore the second option of full German capitulation via the ESM.

First off, ZH puts the total liability at currently Euros 1.7 trillion, however, the total amount is impossible to calculate and it will continue to grow inexorably over time.  All of these countries are still running major deficits and are now sliding back into recession, during which the deficits will only continue to grow.  This will be the gift that keeps on giving, a la the Krugman Assumption i.e. countries trying to 'grow' their way back to a baseline level of debt-inflated GDP by borrowing more debt.

Merkel has stated that there are a set of caveats in place to ensure that the ESM and similar programs don't become an open-ended liability, but she has said that before and with each iteration, more concessions are granted.  This latest set of concessions was a paradigm shift from the German standpoint.

Germany is the end-game for bond vigilantes
Another key insight from the ZH article is that if Germany has now de facto accepted open ended liability for Euro zone debts then the real game is now arbitraging periphery debt against German Bunds.  In other words, knowing that Bund issuance will become a necessity, bond speculators will short Bunds and buy Spanish and Italian debt knowing that it's now backstopped by Germany.  This will drive German interest rates higher and force revaluation of all Euro denominated risk assets vis-a-vis the Bund-denominated risk free rate.  Not to mention causing potential massive losses for Bund holders.  In hindsight, it's no wonder Bund yields were rising a few weeks ago - speculators were already contemplating the end game.

Europe Needs Fiscal and Monetary Eight Ball
Similar to the U.S., Europe needs both Fiscal and Monetary stimulus at the same time.  The ESM is a fiscal stimulus tool intended to prop up the various banks and economies, however, ongoing monetary stimulus is needed to buy up the outstanding sovereign debt.  Otherwise, there won't be a marginal buyer of Spanish or Italian bonds.  So far, there hasn't been an attempt at another LTRO monetary stimulus, likely because Draghi knows that the inflationary impacts would offset the fiscal stimulus.  At some point his hand will be forced or yields will continue to rise...  Another catch: 22.

Hollande Gives Socialists A Worse Name
Getting back to the political ramifications, it remains to be seen how Germany alone is going to support the three other largest countries in addition to the ever-growing list of smaller ones needing aid.  And Hollande is the kind of socialist who gives socialism a  bad name.  No sooner was he recently elected than he expanded the French social welfare project in all directions:  75% top tax rate, increased minimum wage, new impositions on employers to retain workers.  All measures that will affect the French economy and directly or indirectly increase the deficit.  In other words, upon being elected, Hollande first made sure French resources were tapped out, then he piled on at the Euro Summit to ensure Germany was forced to do ALL of the heavy lifting for the bailouts.  The European Union is fraying indeed... 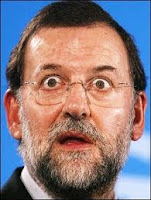