Double Or Nothing In The Last Trump Casino

It's amazing how many zombies now believe that total disintegration of everything is just "business as usual". The first derivative of this old age home is non-stop bullshit, the second derivative is collapse. The problem with arrogant denial and cynical trust in proven con men, is that one gives up the right to know when inconvenient reality is closing in for the final kill. Make no mistake, this ten year central bank sponsored Ponzi scheme was solely to give the Baby Boomers the illusion of retirement. Because 50 years since Woodstock, really what has changed? 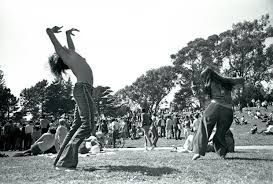 Despite new tariffs that went into effect on Sunday, Global stocks exploded higher this week on news that U.S.-China trade talks may resume sometime in October, as mass delusion reaches maximum overdrive:

"I don’t think 18 months is a very long time...The stakes are so high, we have to get it right, and if that takes a decade, so be it,” 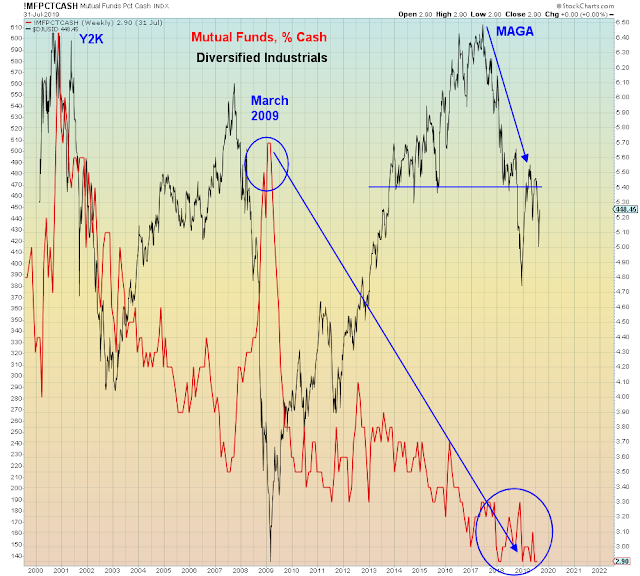 Today's jobs number missed expectations which should come as no surprise given that job cuts are tracking at the highest levels since the last recession due to the trade war:
Challenger Grey:
August Job Cuts Highest Since August 2009
"U.S.-based employers ramped up the pace of downsizing in August, as companies announced plans to cut 53,480 jobs from their payrolls. This is up 37.7% from July’s total of 38,845...Last month’s total was the highest August total since 2009"
Employers are beginning to feel the effects of the trade war and imposed tariffs by the U.S. and China"

"Job cuts announced due to bankruptcy have hit the highest level since 2009, according to a new analysis of monthly job cut announcements from global outplacement and executive and business coaching firm Challenger, Gray & Christmas, Inc."
This last and latest short covering rally pushed the Dow past the .618 fibo retracement of the all time high set in July. The one month trading range having finally broken out to the upside, leaving behind two chasmic gaps below the casino.
Which sets up human history's biggest headfake rally: 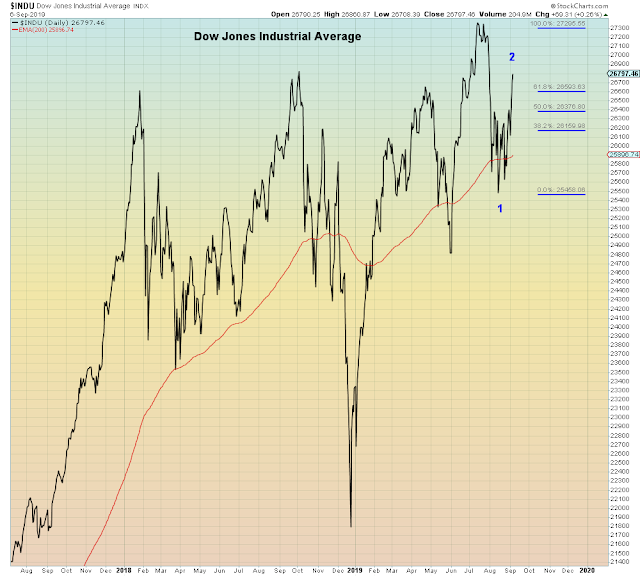 Info Tech has been fatally gored by the trade war: 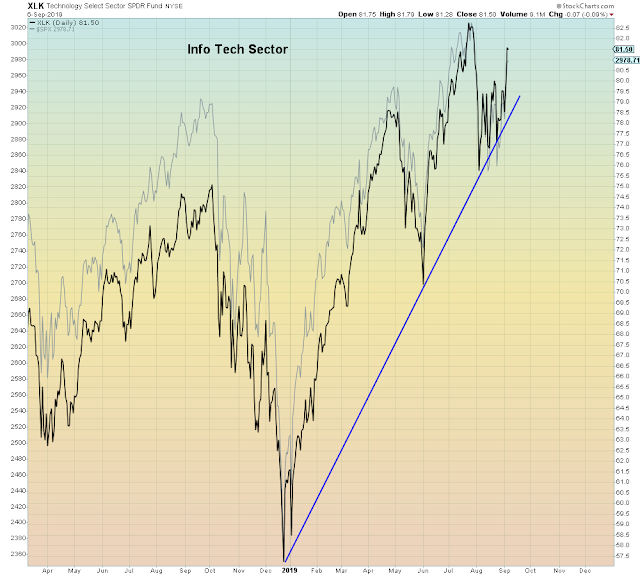 Cyclicals are yet again rallying into the FOMC meeting, September 18th. 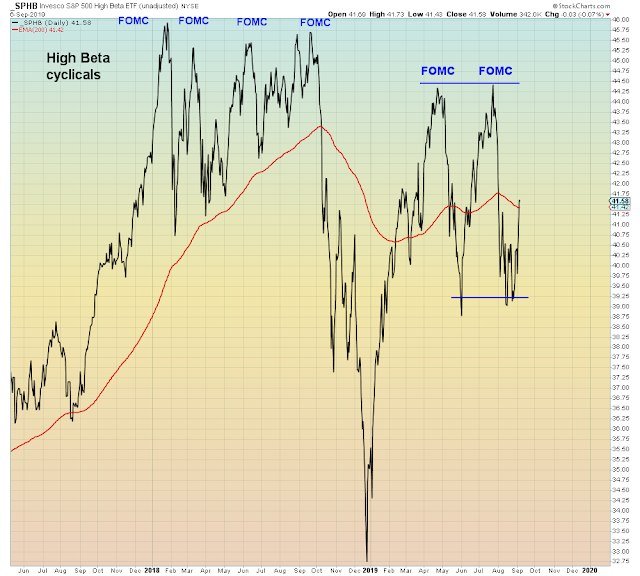 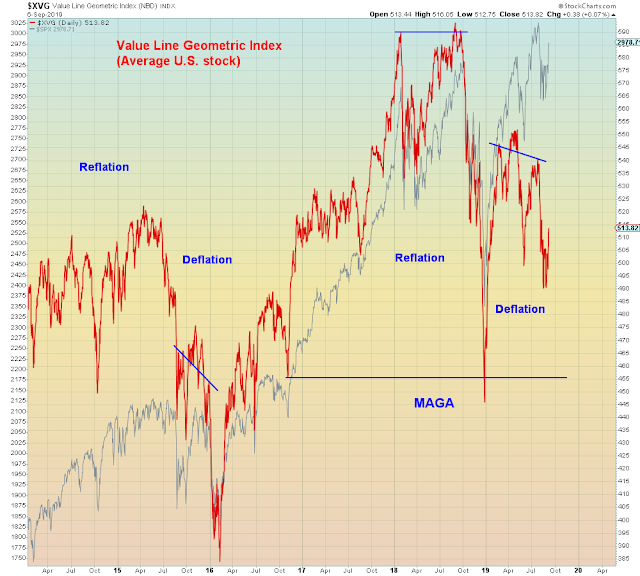 Today's Trump casino gamblers are now going to learn the difference between realized and unrealized gains. 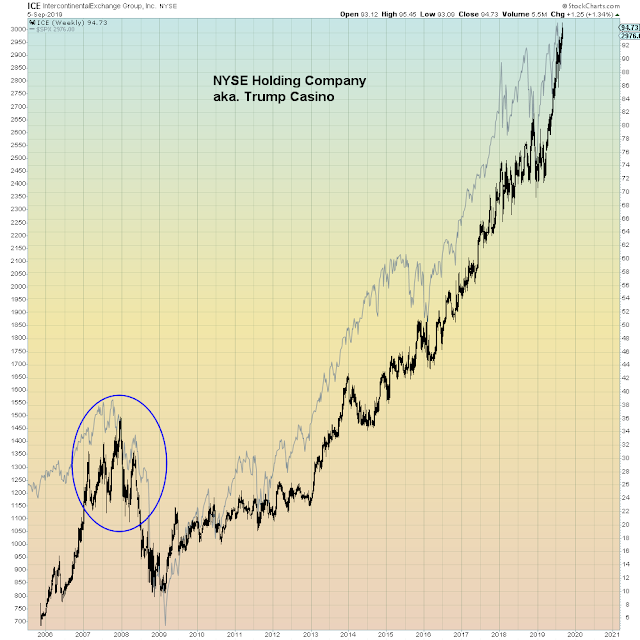 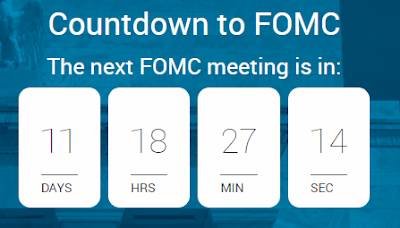