Ponzinomics: Only One Lie To Live

Debt IS the economy and you can't spend the future twice

The ongoing infotainment around Fed rate hikes is all well and good; however it all ignores the fact that only further debt accumulation - by households or governments - will keep the "economy" afloat, albeit temporarily. At PEAK LEVERAGE, any attempt to reduce debt will collapse what is left of the illusion-formerly-known-as-the-economy. 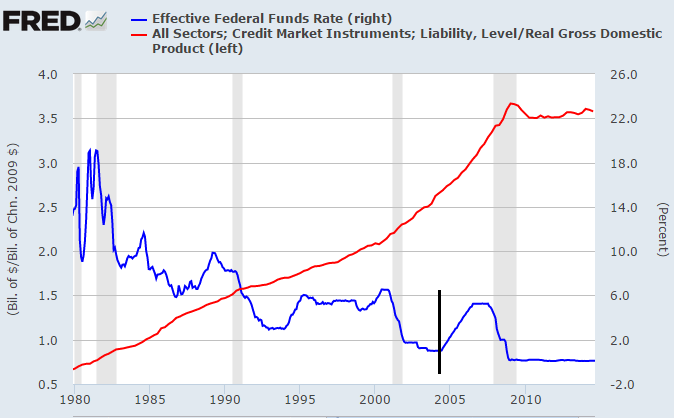 The Fed Has No Dry Powder...
The real reason the Fed wants to raise interest rates has nothing to do with inflation, it's because they are desperate to "normalize" interest rates, before something "bad" happens. Because they know that something bad is going to happen. Currently the Fed's balance sheet is at an all time high and interest rates are at 0%, so they have no dry powder to respond to a crisis.

Shit breaks or they make shit break, whichever comes first
Any attempt to normalize interest rates, will CAUSE something bad to happen, just as it did in 2008 and just as we are already seeing now with the "unforeseen" rise in the dollar, slowing of Emerging Markets, reversal of carry trades and collapse in commodities. Just the "hint" of normalization is causing shit to break. The vertical black line above in 2004 shows when Greenspan was advocating Adjustable Rate Mortgages, just months before he raised interest rates 17 times in a row, blowing up everyone up who had taken his advice. Deja Vu. 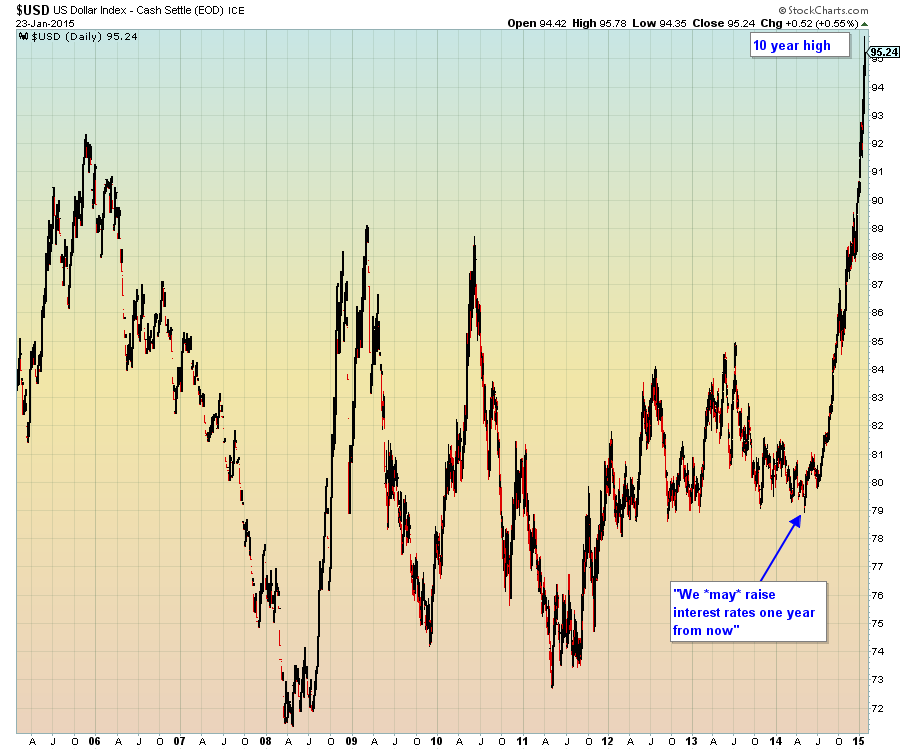 The dunces are caught between the Scylla and Charybdis of Dumb and Dumber.

It takes a lot of liars to make this disaster possible
Posted by Mac10 at 6:00 AM