New Rome, aka. Globalization, is 120 times larger - so there's no basis for comparison

Old Rome was colonized based upon Greco-Roman ideals. New Rome is colonized based upon Walmart, McDonald's, and Hollywood ideals. Globalization encompasses every country this side of Cuba and Antarctica. It was premised upon the false promise of global prosperity, which was a massive self-serving lie to legitimize labour exploitation and resource extraction. Old Rome is estimated to have encompassed roughly 60 million people which is less than the number of children who died of poverty between 2000 and 2010. Every society lives and dies by its own lies.

Globalization can't create global prosperity, it can only turn human beings into disposable batteries on the way to generating global poverty on an as-yet totally unimaginable scale, well underway right now - far from the slick covers of Time Magazine and the polished mannekins of CNN. Globalization is what allowed the earth's population to artificially double between 1970 and today. Without all of the fake let-them-eat-cake charities and fake compassion incubating the next generations of Third World factory slaves, the population would have never grown to this size - all due to bread crumbs falling off the big table. Globalization created this colony, but it can't feed it long-term. The first thing that goes out the window right when it's needed the most, is charity. Only the Libertarians won't admit that.

News to Billy Gates, to be sure: 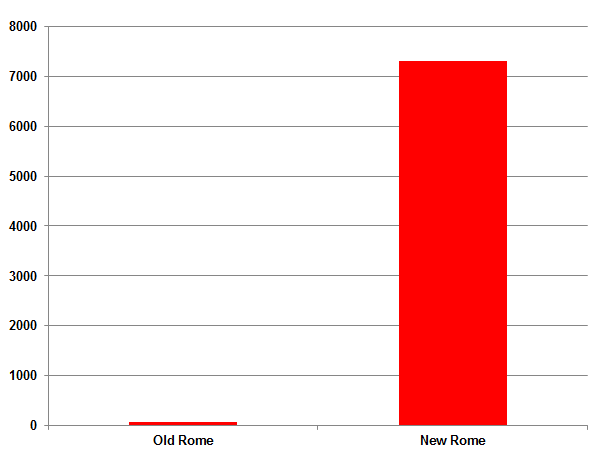 Exodus: Caught Pretending to be God (Again)
On Friday, yet another Hollywood fantasy rendition of the Hebrew flight from slavery will be released to the Idolatrous masses. Never once will it dawn on them that the amount of slavery that took place back then can in no way remotely compare to what takes place in broad daylight today. Nor would it occur to the self-extincting Idiocracy that they themselves were already sold far down the river. That will be a Hollywood story for another time...