This post is dedicated to all of the morons who keep denying that the markets are in a new bubble. Of course none of those people read this blog anyway since Faux News and TMZ take up so much time.
The collapse will be fucking epic...

In the Twilight Bubble, the more you borrow, the less you pay:

The yield on Spain's 10 year is lower than it was prior to the financial crisis:
(Charts below from http://www.tradingeconomics.com/):

Debt has more than doubled and deficit is -7%/year:

Today's news was all about a Portuguese bank declaring insolvency
Portugal 10 year:

The Japanese borrow their own savings and then pretend that they will one day pay them back. And since they are in a perpetual state of economic deflation - interrupted with temporary spikes in inflation - their interest rates are effectively zero:

Australia's debt to GDP ratio is 20%, which is among the lowest in the world, yet its government bonds yield 3.53% i.e. higher than Spain AND Portugal

There's always a Casino Open Somewhere
This penny stock went parabolic today and reached a market capitalization of $6 billion, despite having zero revenues and no assets: 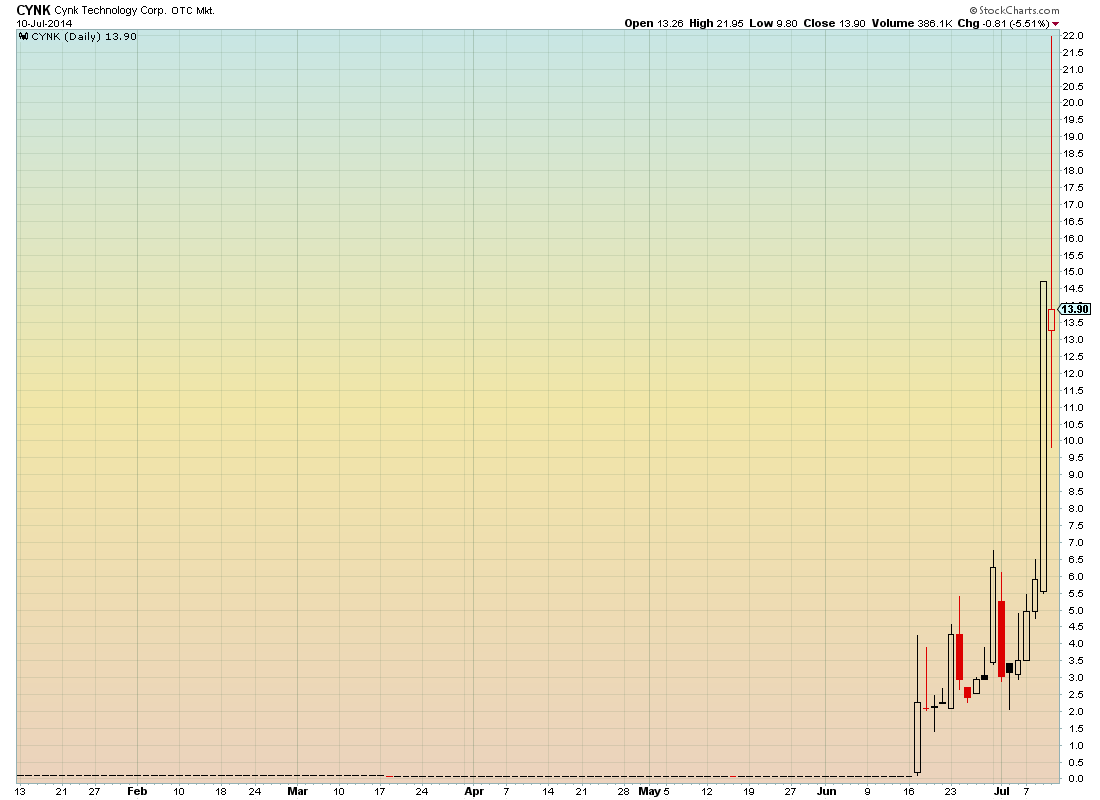 Stock buybacks have peaked
Fed liquidity flow is receding
Margin debt has peaked
Merger premiums are 2x what they were in 2008
IPO flow is the highest since 2000
The U.S. economy is rolling over
Europe is in renewed recession:
This just in: "Industrial production slumped across Europe in May, sparking fears that the region's fragile economic recovery may have already peaked, analysts said Thursday."

When everyone goes to sell, who is the marginal buyer?