There's a country we all know well, which in terms of organic growth peaked decades ago. Subsequently it has been using an "eight ball" of fiscal and monetary heroin in order to patch the ever growing crater where its economy used to be. The corrupt politicians take full advantage of the attenuating boom/bust cycle to get elected and then immediately renege on all of their promises for "hope and change". With each cycle of this recurring madness, there is less and less left of the real economy remaining, as fiscal debt has soared to log Ponzi levels. This malfeasance is allowed to continue because the government is controlled by cynical geriatrics who just want this all to continue during their lifetimes so they can dump the irresponsibly accumulated debt onto the kids. The latest iteration of this circus is now ending amid soaring inflation and stagnant incomes. The government is printing money to buy stocks in a futile attempt to keep the market from collapsing (yes, again). United States? China? (stop guessing)

There's only one major difference between Japan and the United States - Japan is a net exporter, therefore it has counted on the U.S. end market in order to keep its own economy "afloat". The U.S. has no such option.

Japan Nikkei 20 year view:
There are those who believe that this can continue "forever". And, as usual, I will take the other side of that bet. 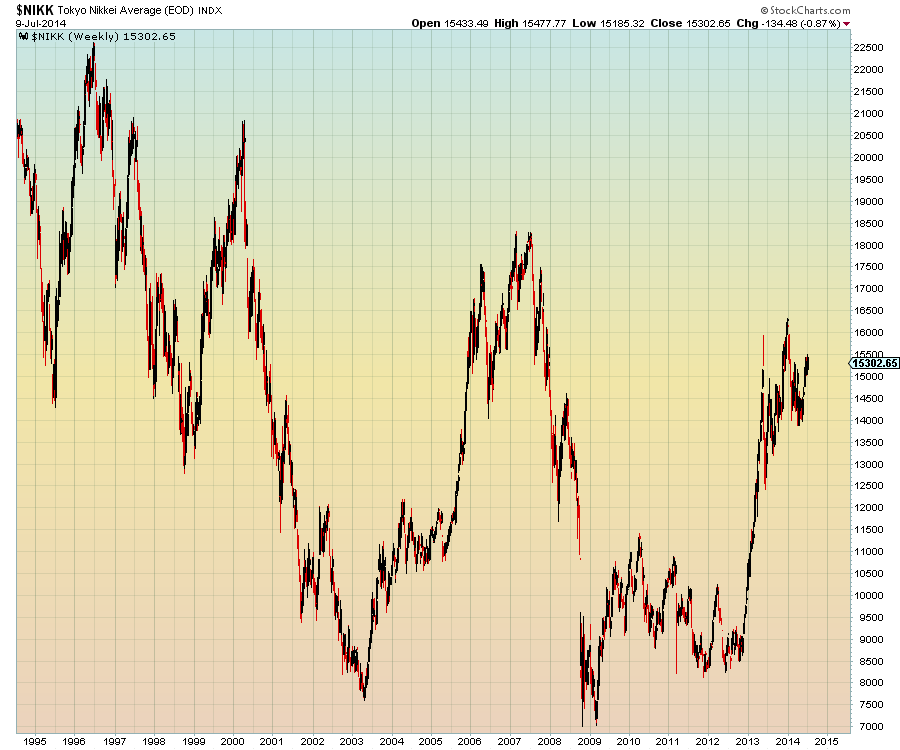