A zero volatility market is impossible to hedge, so no one does - despite having maximum capital at risk. Yet another "unintended consequence" of Central Bank market intervention...

CAN'T...TAKE...THE PAIN...OF...RESISTING...THIS...INSANITY...
The stock market is saying that there is no risk today. No geopolitical risk, no economic risk, no financial risk, no any type of risk. It's just like 2007, except it's 7 years later, total debt has doubled, and the real economy is weaker: 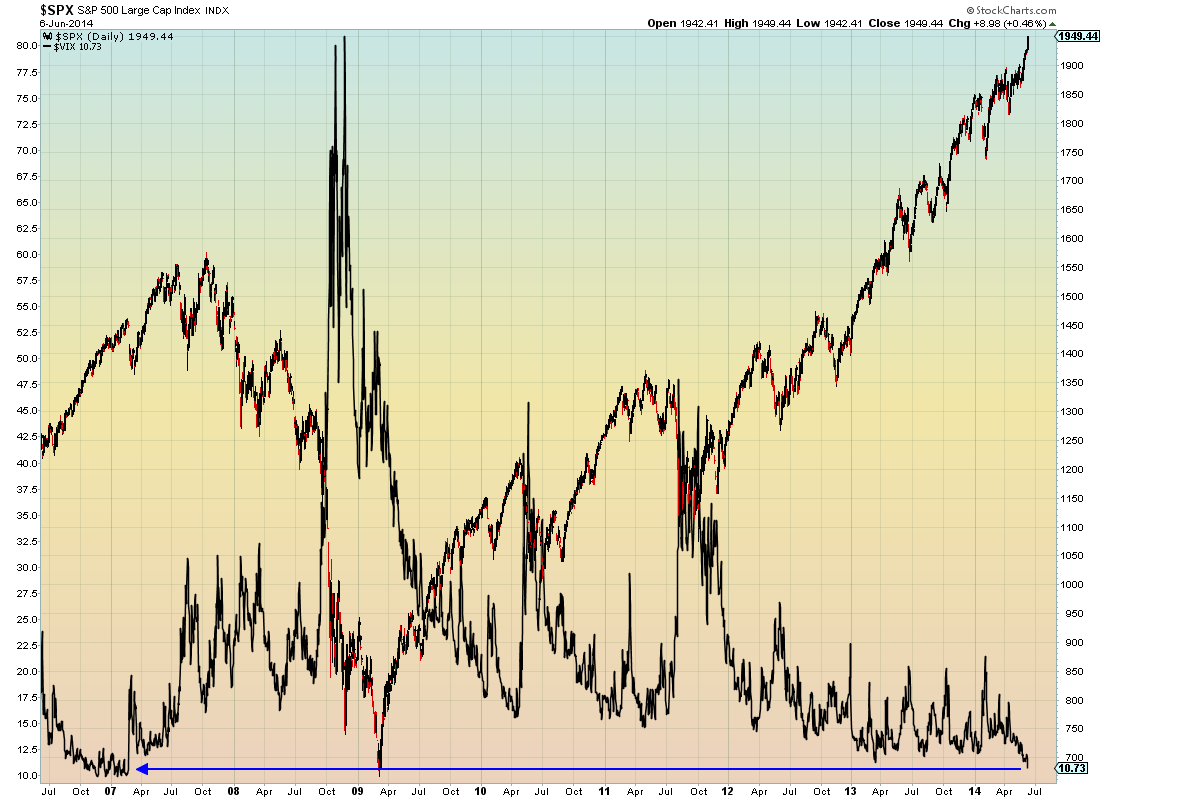 No risk means no hedging required
Hedge funds can't hedge in this one-way market or else they will further underperform and face yet more redemptions. So they don't hedge: 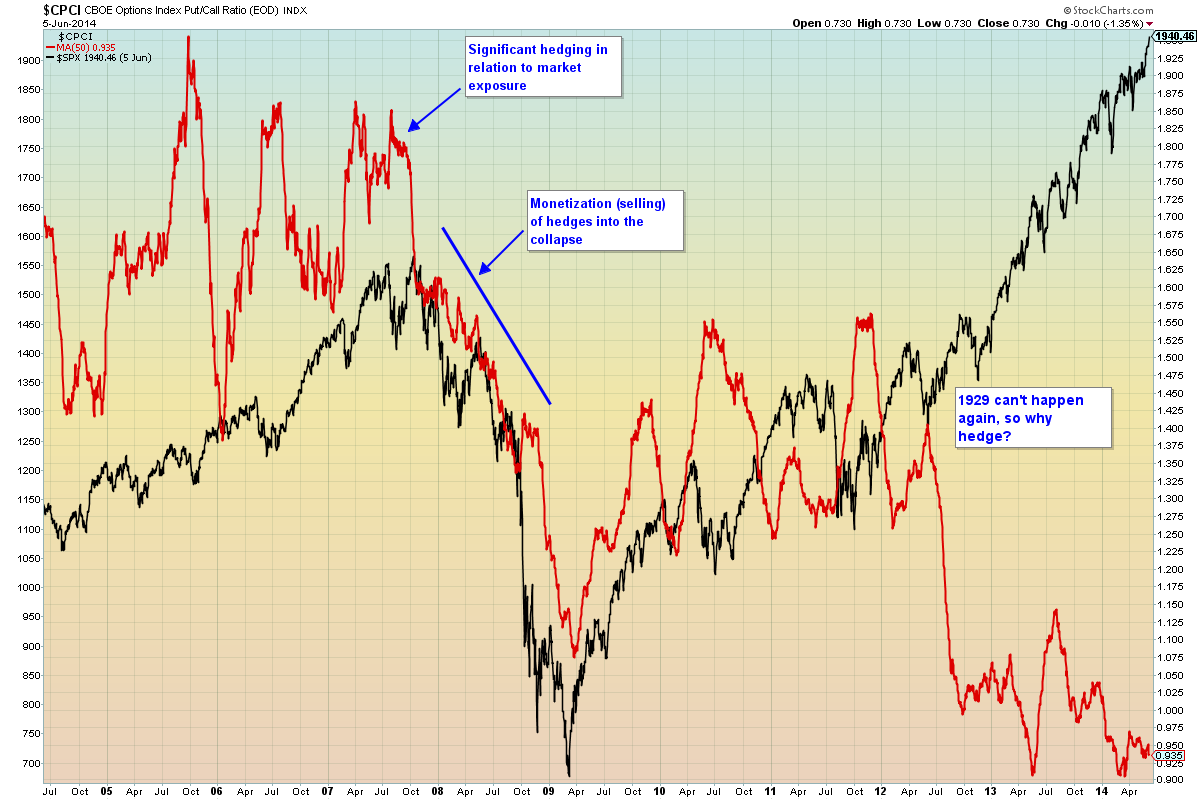 CAPITULATION:
Vix Call options are used as a hedging mechanism to bet on spikes in the VIX. They are the cheapest when the VIX is very low, as it is now. However, as we see, call volume peaked months ago. The key question is if it's now cheaper to hedge than ever and the market is at an all time high, then why are they not hedging? Because the one-way market has burned them too many times in the past. Capitulation. Data from: http://www.cboe.com/data/PutCallRatio.aspx

Don't take my word for it...
Bernie Schaeffer: Investment Research [June 2nd, 2014]
"the real knockout punch has yet to be delivered to those hedge fund-type bears who had decided to become "pretend bulls" by taking positions in "VIX hedges" until too much cash had been incinerated for almost anyone's constitution. The first blow came from volatility that refused to "pop." The final blow to those who can barely tolerate long positions in the market will come from a stock market that refuses to suffer a decent pullback -- until their opportunity cost for being under-invested will top even the money that was incinerated on VIX calls. And, yes, it will be at that point of maximum pain that it will, in fact, truly become time to consider "hedging volatility."" 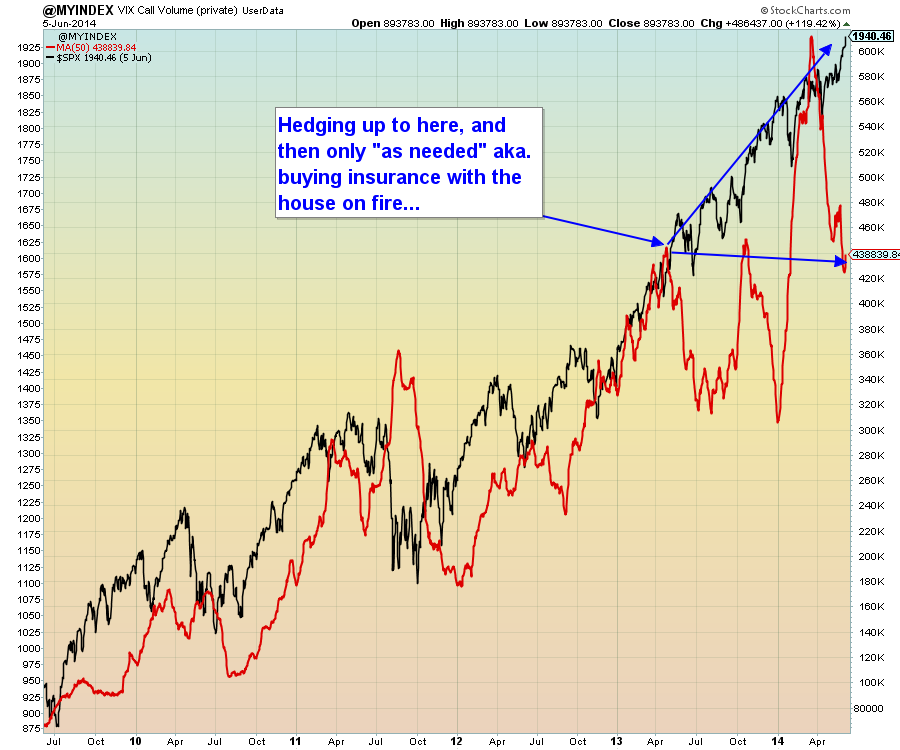 Capitulation: A necessary and sufficient condition for HALO Crash
Posted by Mac10 at 10:41 AM