The steady flow of greater fools provides the illusion of stability...
Who is having a harder time in this shit show - the stoned masses desperately pretending that the impossible is indefinitely sustainable - locked in a futile attempt to keep up with the Dow Jones', even as costs are rising, pay is stagnant, and new job opportunities are non-existent? Or is it harder on the handful of us trying to maintain sanity amid mass insanity, as we do our best to stay as far away from the trailer park as possible, while the economic tornado bears down on the happy camping trailer monkeys?

Debatable perhaps, and yet irrelevant to those of us who have no inclination in the first place towards a totally pointless and superficial way of life... 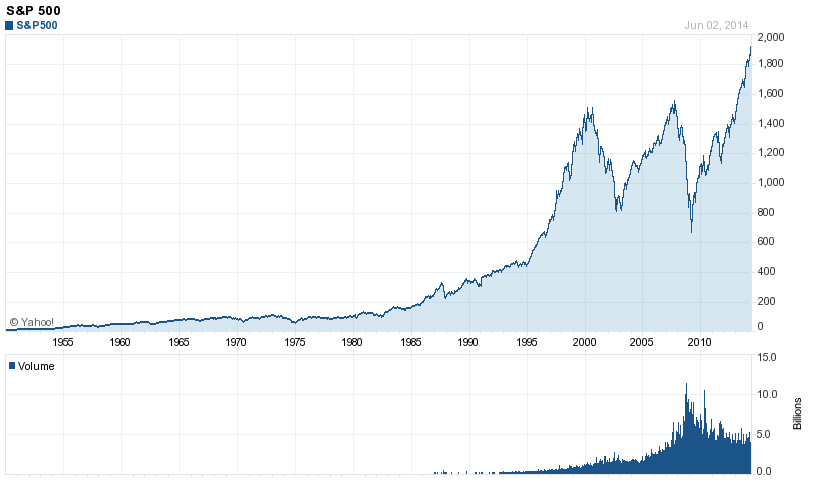 Not this again, it can't be...
Sometimes when I ponder the futility of this current situation, I am at a loss for expletives to describe the insanity of it all.

The entire goal of these past five years clearly was to convince as many people as possible that the abnormal is now normal, the impossible is possible. Resistance is futile. Our thought dealers once again are trying to con everyone with the temptation of cheap money. Hoping above hope that enough people take advantage of it so they can get to through the next campaign cycle or Central Bank term. None of these policy-making morons is thinking long-term more than a few months. 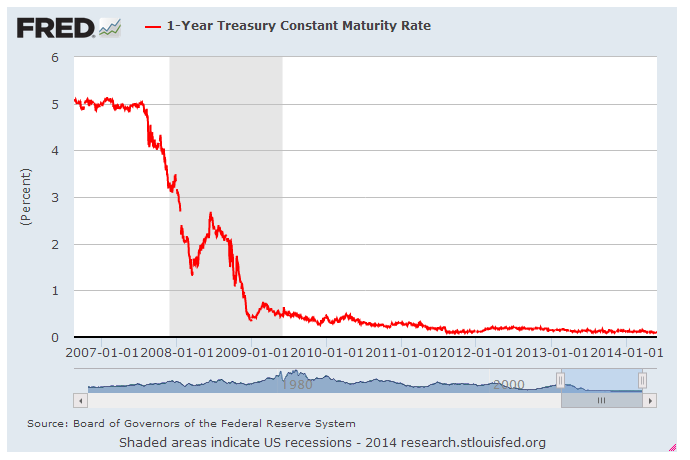 "Ok. You convinced me. I'll take a bigger McMansion."
The size of new homes is ballooning: 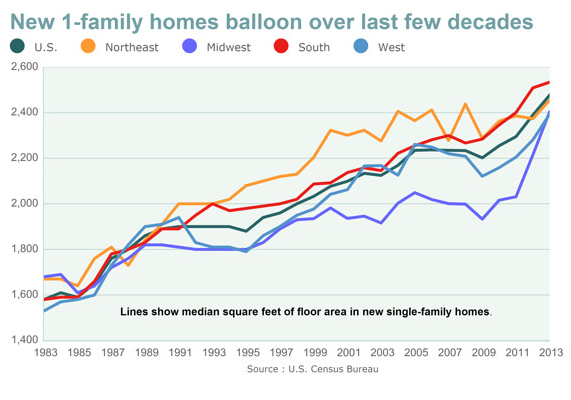 "No more debt for me thanks. I'm all topped up for the next few decades..."
This just in: Half of Americans already can't afford their current house

Velocity of Money: You can't fool all of the people all of the time...
Despite the largest expansion of the money supply in human history, the money is not being spent: 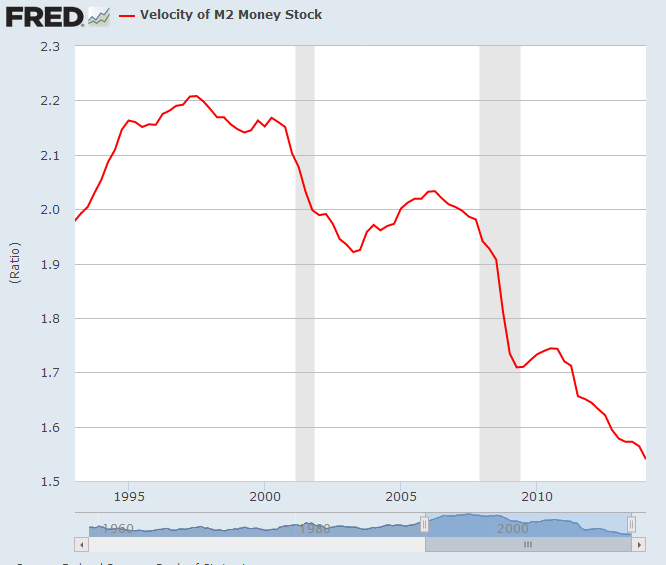 What are Treasury Bonds trying to tell us?: Oh right, recessions are ALWAYS backdated
The fact that Treasury yields have been falling all this year is a clear indication that deflationary pressures are building. Europe is approaching outright deflation as well. However, the constant "explanation" has been that money managers were shorting treasuries and therefore they were covering their shorts which led to the "rally". Just today however, we learned that Treasury shorts are still in place - "Clients are the most short Treasuries Since 2006", which was as we see below as the worst time to be short (i.e. right before yields fell); hence these t-bond short positions were not covered during this past bond rally. First quarter U.S. GDP was already negative 1% and so far the economic data has been mixed in this second quarter ending June 30th. Nevertheless, the historical pattern for recessions has always been that economists were forced to backdate the beginning of the recession because they were always overly optimistic about the current state of the economy. Treasury yields should be rising now that the Fed is reducing their purchases. And T-bond shorts are not covering. That means there is only one reason left for why Treaury yields continue falling...

Peak Profits:
As ZH just showed, quarterly profits just had their largest drop since Lehman
Institutions are now rotating out of stocks into T-Bonds, leaving the usual bagholders of last resort. Treasuries are ahead of stocks with respect to the economy, yet again: 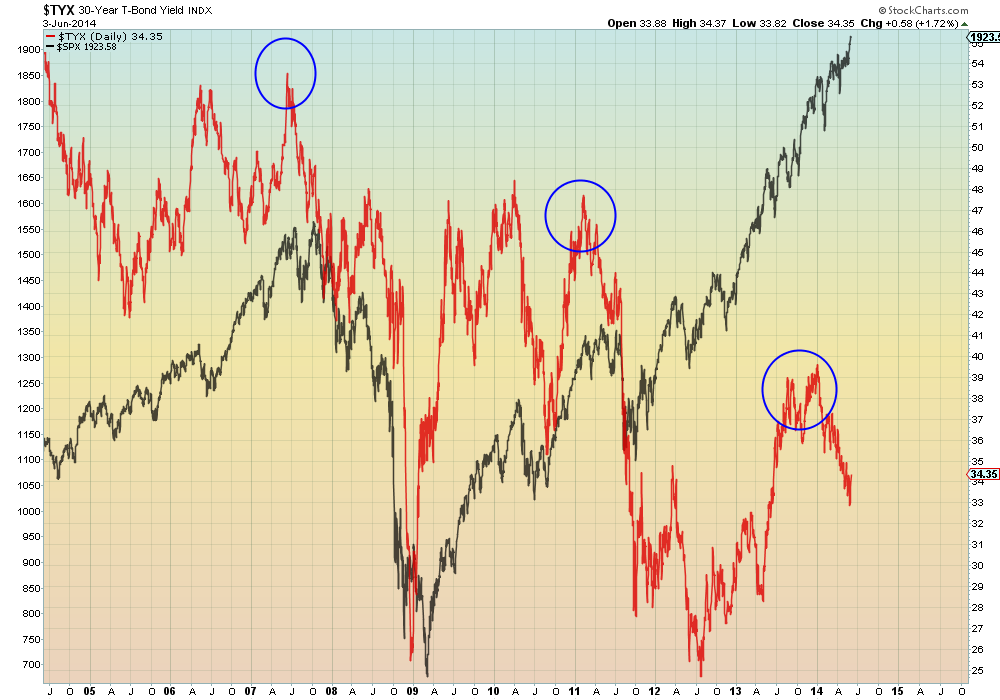 Which gets back to the topic of this post - Who is the greater fool in this equation? The fools who are leading us back into the abyss or the fools who are bounding merrily along behind them transfixed yet again by the siren song of cheap money?