In each bubble, the lies and fraud keep getting larger, by necessity. It takes greater lies each time to con the masses. At this latent juncture, the MAGA Kingdom is wholly desensitized to fraud and deception. It's just "corruption as usual"... 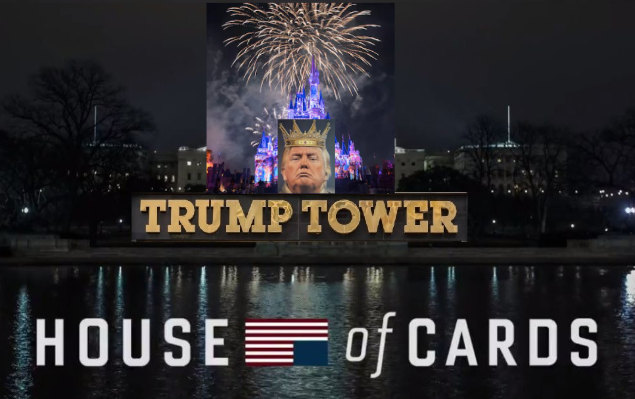 "Something" happened after 2008 whereby this society - monkey hammered by two asset bubbles in a row - decided to turn its back entirely on reality.


Five of the top ten grossing movies of all time are comic book movies from the past decade. Four of which are the Avenger series. Those numbers are nominal, not inflation adjusted. Nevertheless, we see below that within the comic book genre itself, movie receipts have sky-rocketed in the past decade ~500%. Bearing in mind that 2019 still has some ways to go: 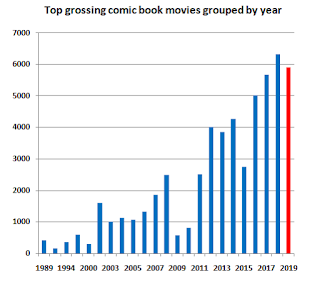 In other words, fifty years ago, the U.S. was launching 6 million pound rockets to the moon and back, at the beyond Earth's orbit speed of 25,000 miles per hour, 15x speed of a bullet. Now we have record numbers of Disney comic book movies for adult audiences. The Saturn V remains the most powerful rocket ever launched into space. Do the words "what the fuck happened" ever come to mind?

The past five decades has been a worldwide regression into Never Never Land. No wonder these zombies now have unwavering faith in printed money.

There is not one aspect of this way of life that isn't fake and fraudulent - from the fake food, fake news, fake markets, to the reality TV game show host in the White House.

And the addictions to corporate-sponsored death candy keep getting worse. They locked up El Chapo this past week, but let the Big Pharma opioid drug dealers kill off 100,000 people. In the same way they locked up Bernie Madoff for his pissant Ponzi scheme ten years ago, then they bailed out Goldman Sachs for almost bringing the global financial system down.

Trump won the election based upon his mantra "Drain the swamp", yet there has never been a more corrupt president with more business conflicts of interest than Trump. His hotel in Washington has become an extended guest room for the White House. His entire cabinet is stacked with crony capitalists strip mining the Federal government.

This society is wholly desensitized to fraud and corruption. This article about Britain's mini-Trump says it all:

"Boris Johnson, to whom lying comes as easily as breathing, is on the verge of becoming prime minister. He faces the most complex and intractable political crisis to affect Britain since 1945."

"That should be concerning enough. But given Britain’s political system — which relies for its maintenance on the character and disposition of the prime minister — it carries even graver import. Mr. Johnson, whose laziness is proverbial and opportunism legendary, is a man well practiced in deceit, a pander willing to tickle the prejudices of his audience for easy gain. His personal life is incontinent, his public record inconsequential."

These are the type of people at the highest echelons of society now. Which is why ten years later, the global debt bubble is far bigger. Because this is the first society in human history that is borrowing its way out of a debt crisis.

As it was in 2007, lenders are Ponzi lending to their own clients to paper over the erosion of solvency. Neither side wants to admit the party is over.

Remember the ratings agencies that lied in 2007 and said all of that subprime alchemy was 'AAA'? Well, they are lying again, because they have a conflict of interest in keeping this party going as long as possible.

“Global debt is certainly higher and riskier today than it was a decade ago, with households, corporates, and governments all ramping up indebtedness,” S&P Global Ratings credit analyst Terry Chan said in a statement.

“Although another credit downturn may be inevitable, we don’t believe it will be as bad as the 2008-2009 global financial crisis.”


The agency itself, along with competitors like Moody’s and Fitch, came under fire after the crisis for not sounding alarms about the debt buildup. During the crisis, big Wall Street firms issued securities composed of mortgage bonds that got high grades from the ratings agencies but eventually blew up and caused systemic damage that spread from the U.S. globally." 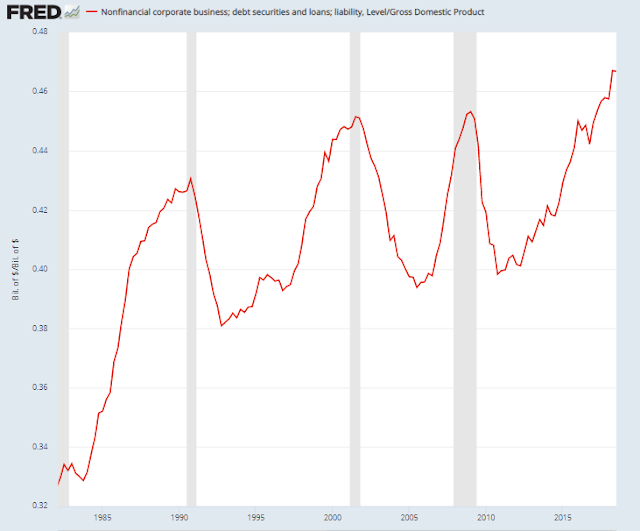 "No ratings agency saw it coming" 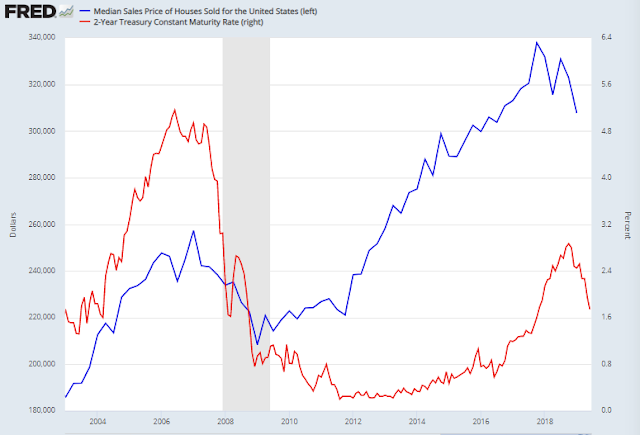 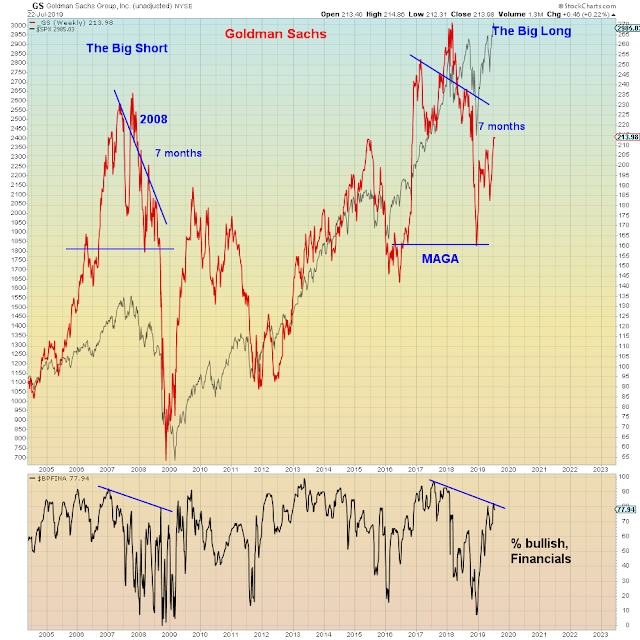