The Idiocracy's "Secret" to effortless wealth

Printing money to buy stocks. Is ending.
Etraders are now officially holding the bag, betting ALL IN on the impossible.
Having artificially levitated stocks for several years straight, as a proxy for a real economy, the Fed has now officially transferred title in the over-leveraged, over-valued stock market, to Etraders. Which is very considerate, because Etraders only like stocks at the top, they hate them at the bottom. Now they just need the economy to float back from China to justify their "investment"...

The "Fuck the Grandkids Index" aka. ETrader Stock Market Sentiment (5 week MA)
They only love stocks at the top. They hate them at the bottom: 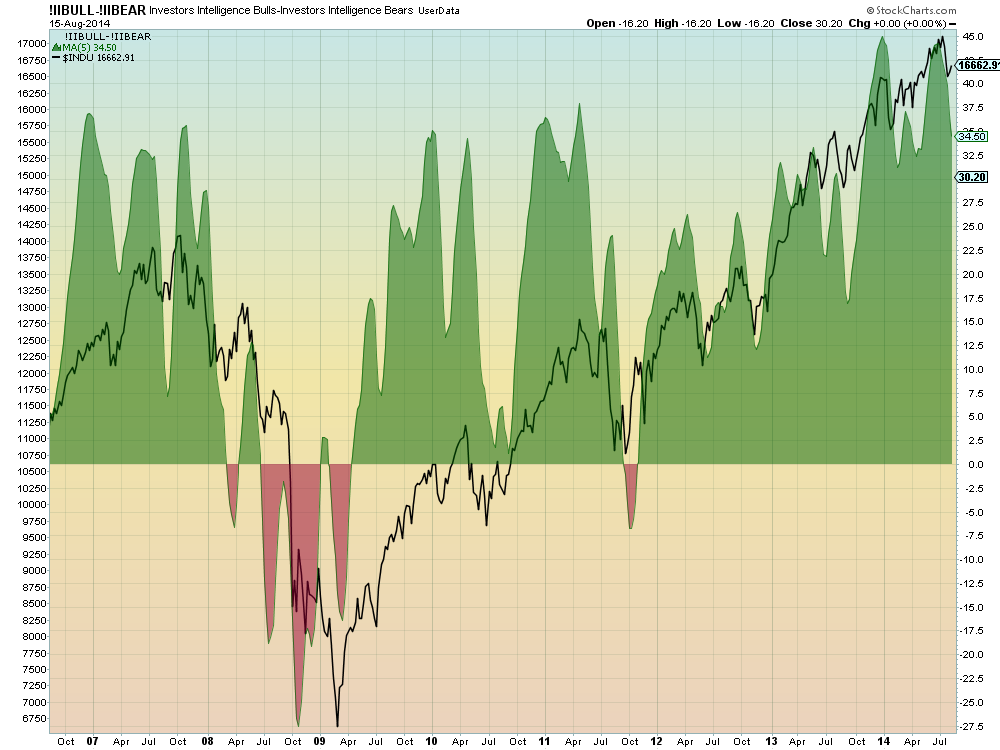 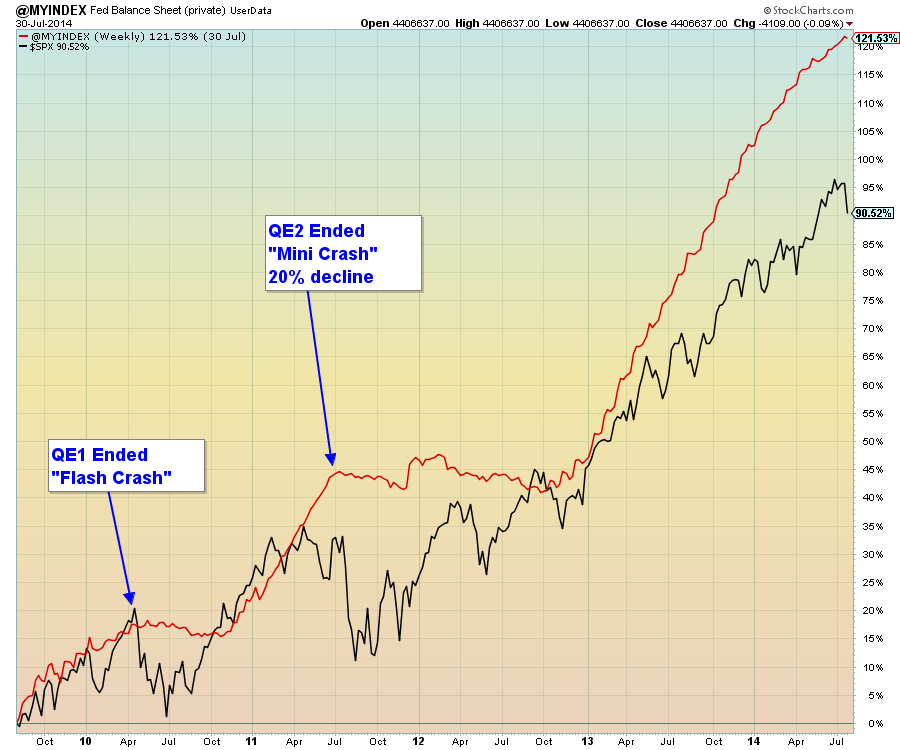 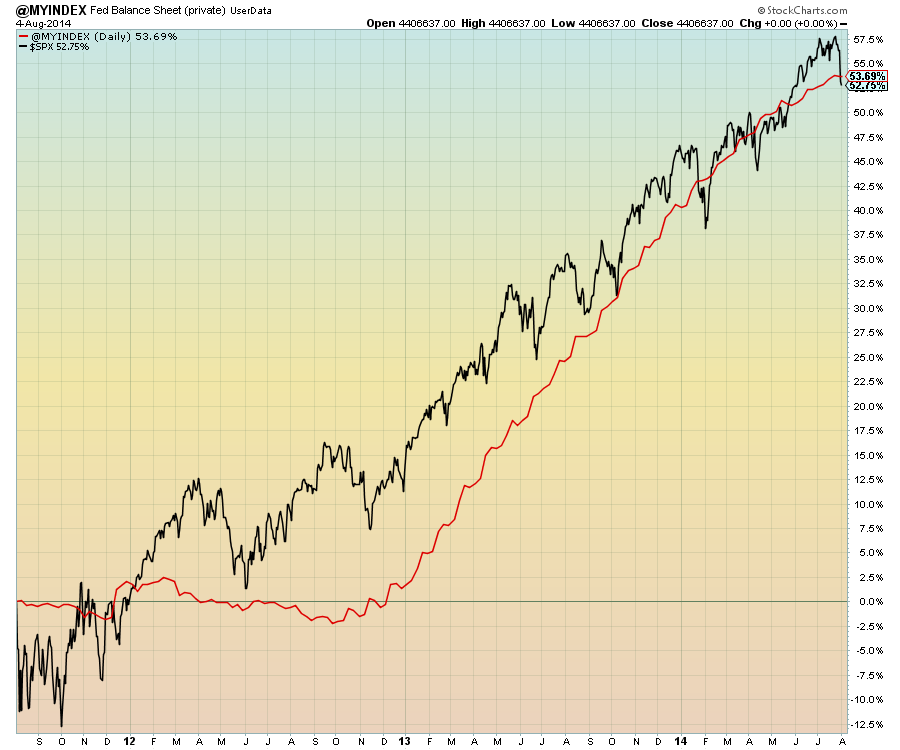 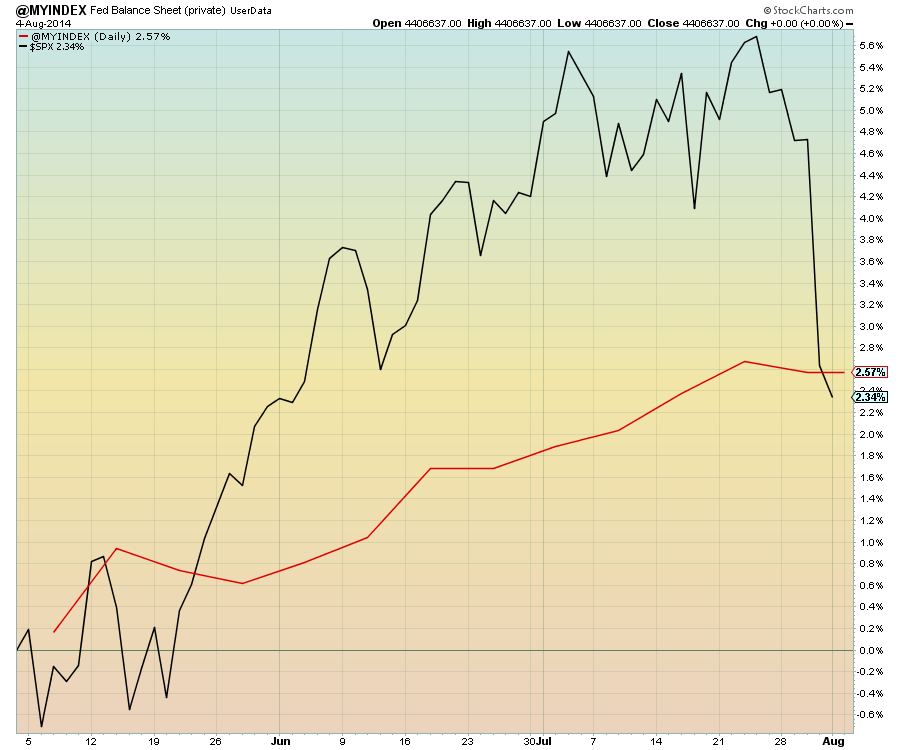 For over a year now, correlation between stocks and the Fed balance sheet has been pinned at 95% (see lower pane): 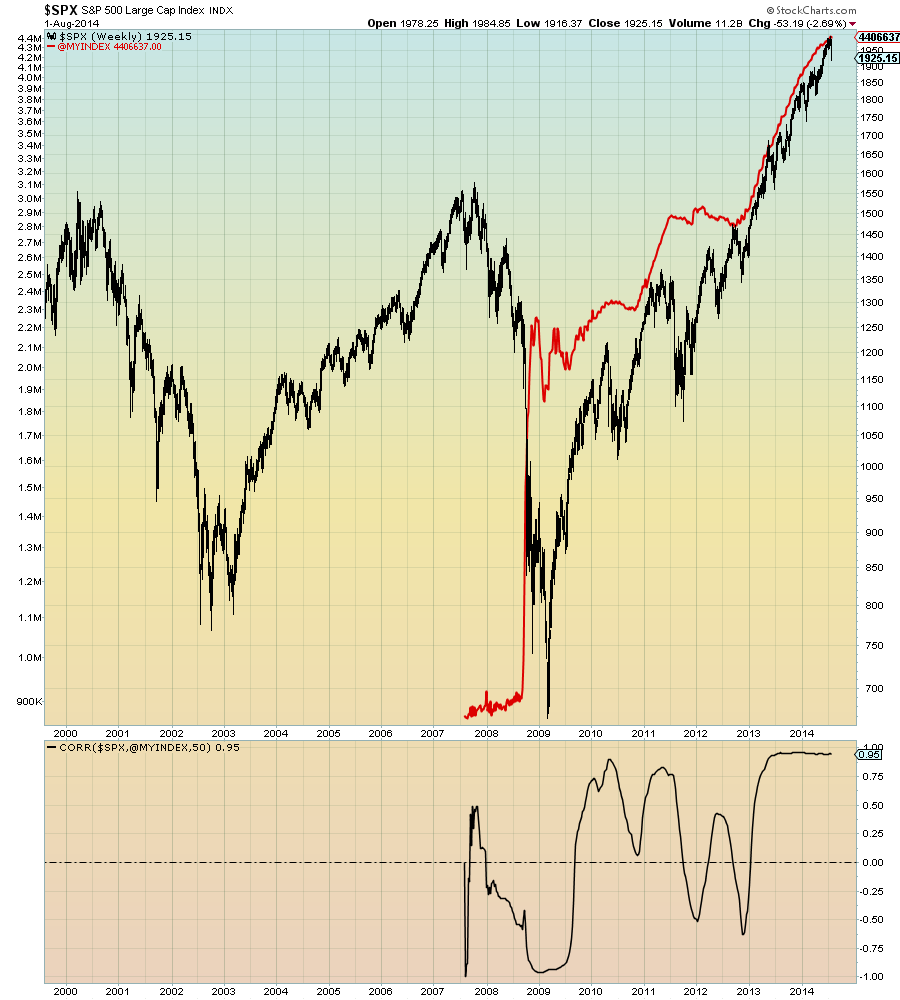 Money printing to buy stocks ends in October. By my calculations there is $60 billion of remaining Fed dopium (currently at $25b/month, down from $85b/month last December), which equates to an increment of 1.3% to the Fed's $4.4 trillion balance sheet between now and October.

1% of upside. 100% of downside. Correlation 95%. Now featuring an interest rate rise sooner rather than later, as well. Position accordingly. You can be assured that Goldman Sachs already has.

Oh, that's right, Goldman Sachs already did get out, as soon as they saw that Etraders were piling back into the market. It's nice to have someone with deep pockets supporting the market when you want to get out, like the Federal Reserve... 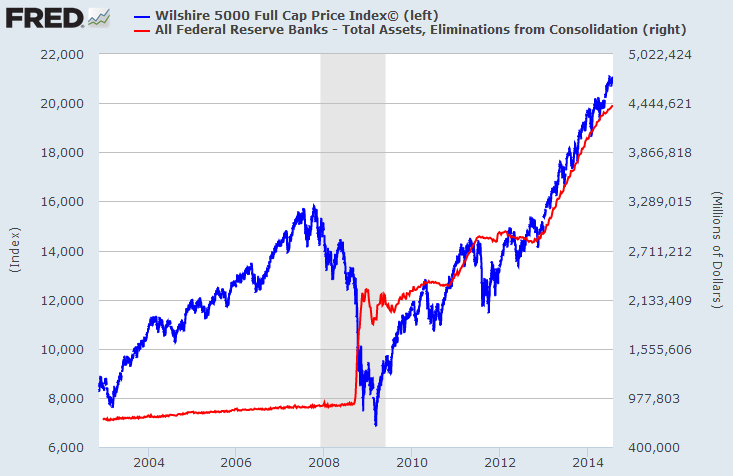