35 Years of Voodoo Economics
George Bush Senior, before and after he was NeoConned:


Just waiting for the economy to float back from China
This estate sale masquerading as an economy has been carrying on for 35 years straight, and it has spawned an entire generation of pretenders: Industry-liquidating Marketing and Finance alchemists who couldn't create a real business if their life depended on it. We're just waiting for them to stop pretending, since they're only fooling themselves now. Fucking pathetic. 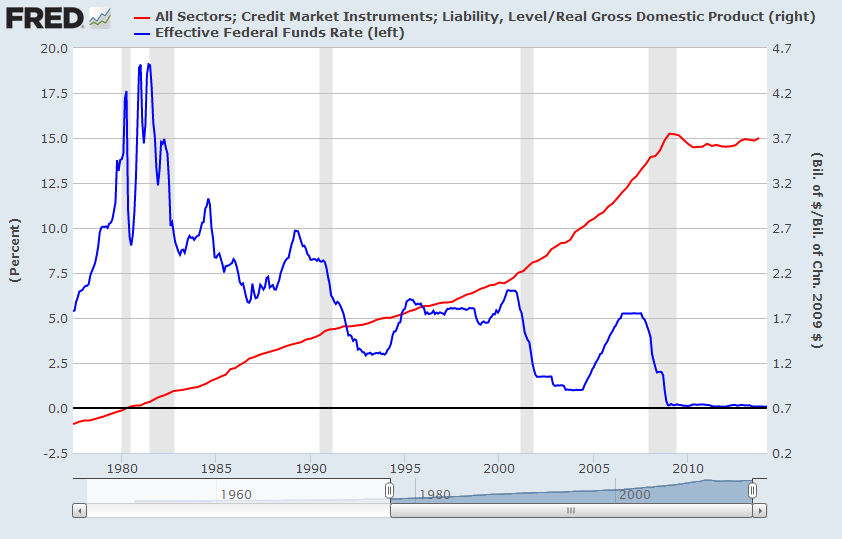 "Reagan proved that deficits don't matter" (Dick Cheney)
Here above, we see that these past years' bubbles were all due to the accelerating deflationary trend of Globalization. Still to this day, we are told that the Housing Bubble was a "misallocation of capital" caused by Fed policy. No shit. The real question is why over the past thirty+ years, did the Fed have to constantly lower interest rates to ever-lower levels with each successive recession? Each of these past bubbles - DotCom (1995-2000), Housing (2003-2007), Post-Bailout (2009-*Now*) were generated because Industrial Arbitrage (aka. Globalization) was ending the consumption-oriented lifestyle, so the Fed subsidized debt in all forms to keep it propped up. It's really all just the same bubble, with various asset classes taking turns being inflated and then collapsing, each time doing more damage to the real economy. Hence, the Fed funds rate just kept falling, now at 0% until the illusion collapses. Without imported Third World deflation, due to relentless outsourcing, the Fed could never have expanded the money supply to the extent it has for the past thirty-five years without generating hyperinflation.