When the attention deficit Idiocracy awakens from their Kardashian-induced stupor, they will be absolutely shocked to realize that they entrusted their life savings with Wall Street's Bernie Madoffs for a third time. We're just waiting for speculators to throw their last remaining Bitcoins away on the handful of junk stocks holding back the HALO crash. We can even predict what they are going to say when it all collapses:


News of the Russian invasion of Ukraine, caused a 13 point drop in the S&P on Monday. News that the invasion *may* be called off, led to a 30 point rally on Tuesday. In the real world this makes absolutely no sense, but from an Elliot Wave standpoint it means that the market is in manic blow-off mode hence all bad news is minimized and all "good" news is amplified. The daily range is expanding dramatically, which is also another sign of impending "volatility".

These "stocks" all made new highs today:

This biotech company has no products and no approved drugs, but it has a $446 stock.
Its $7.8 billion market cap makes it worth more than Tim Horton's ($7.4b) (which is a major affront to all Canadians). 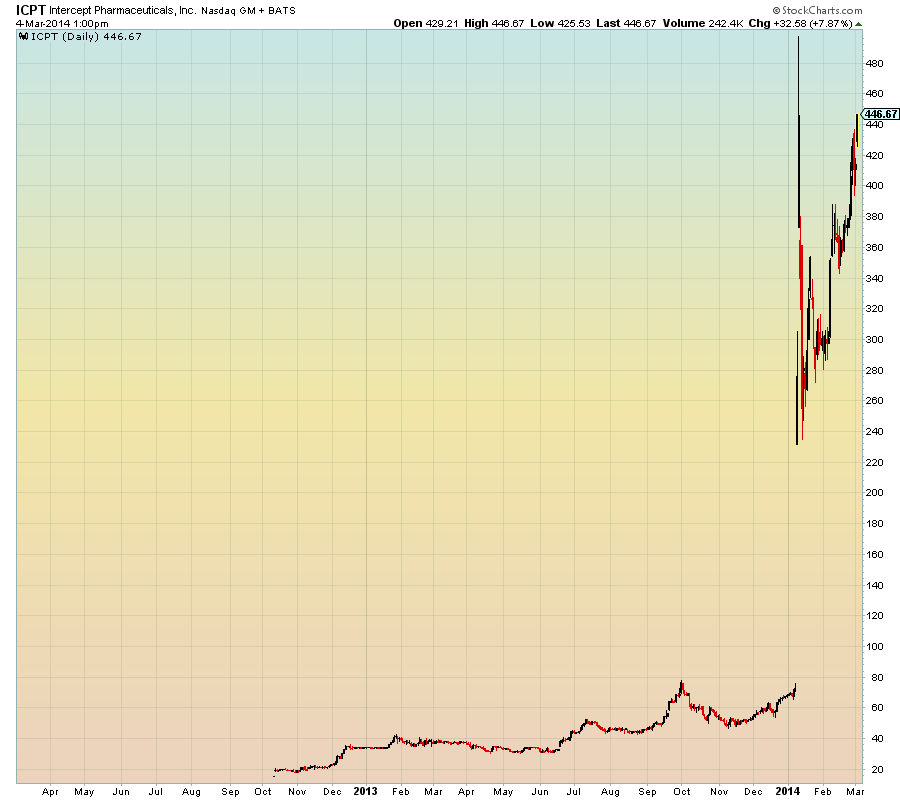 This company has no equity. It's a fully owned subsidiary of the U.S. government. Speculators started buying this company at $.25 after 2008 on the theory that one day U.S. taxpayers would forget about the massive bailout. Now these speculators are suing the U.S. government in Supreme Court to re-privatize the company. Fannie Mae represents a multi-billion annual cost to taxpayers as well as an ongoing MASSIVE risk liability, since everyone knows that nothing has changed since 2008. 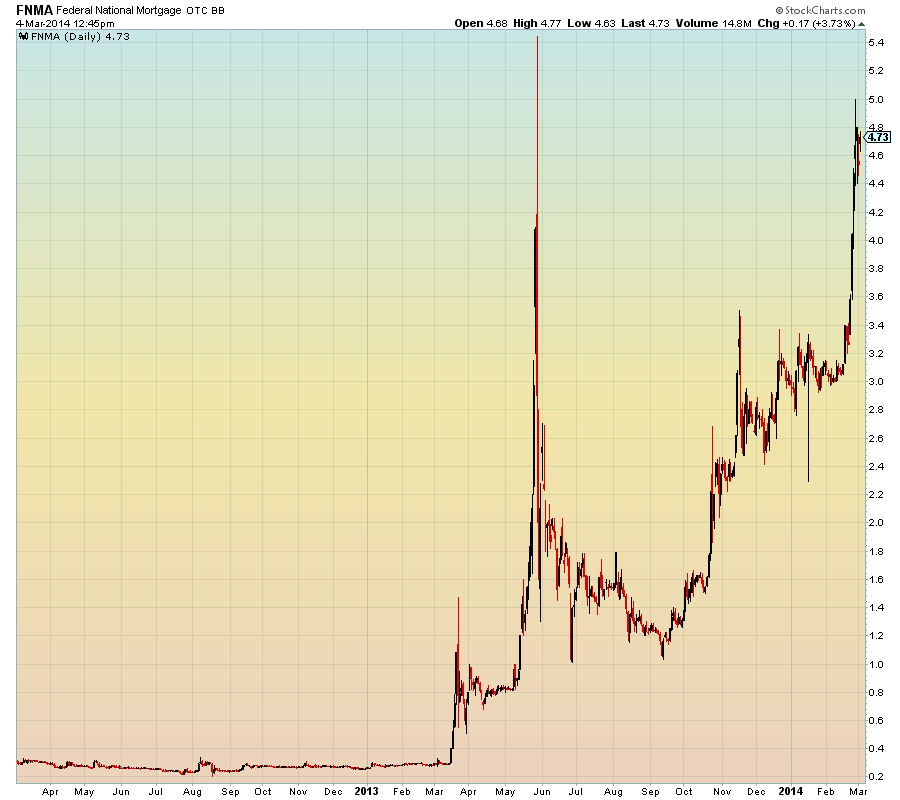 This stock market has no economy. The Fed prints money which speculators use to buy up this country's insolvent debt, which will work until it doesn't. 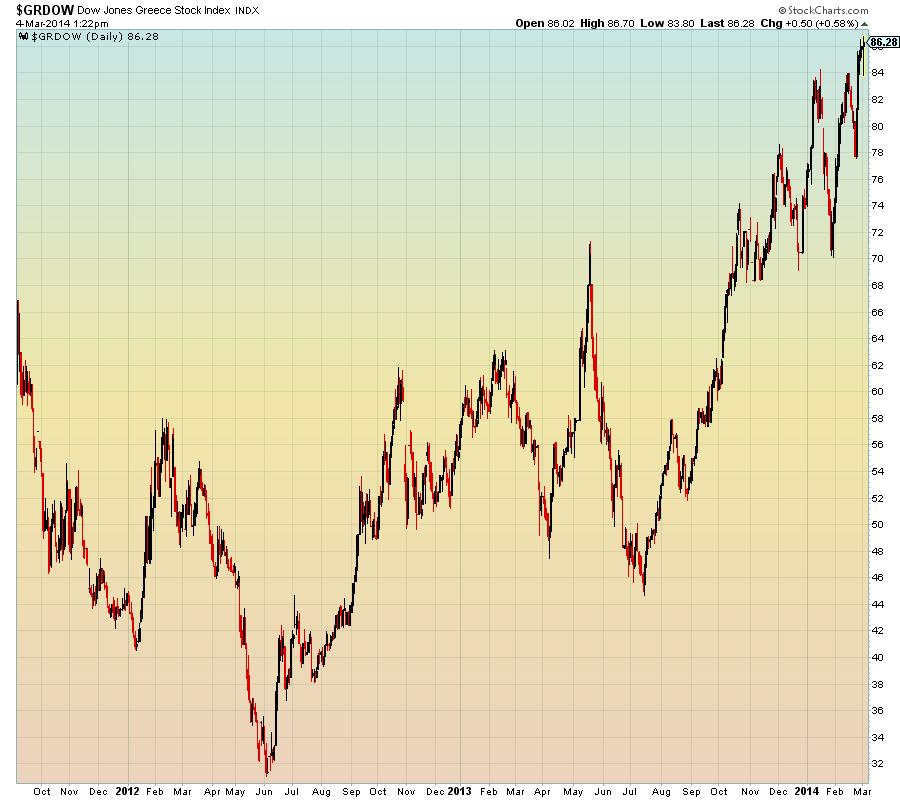 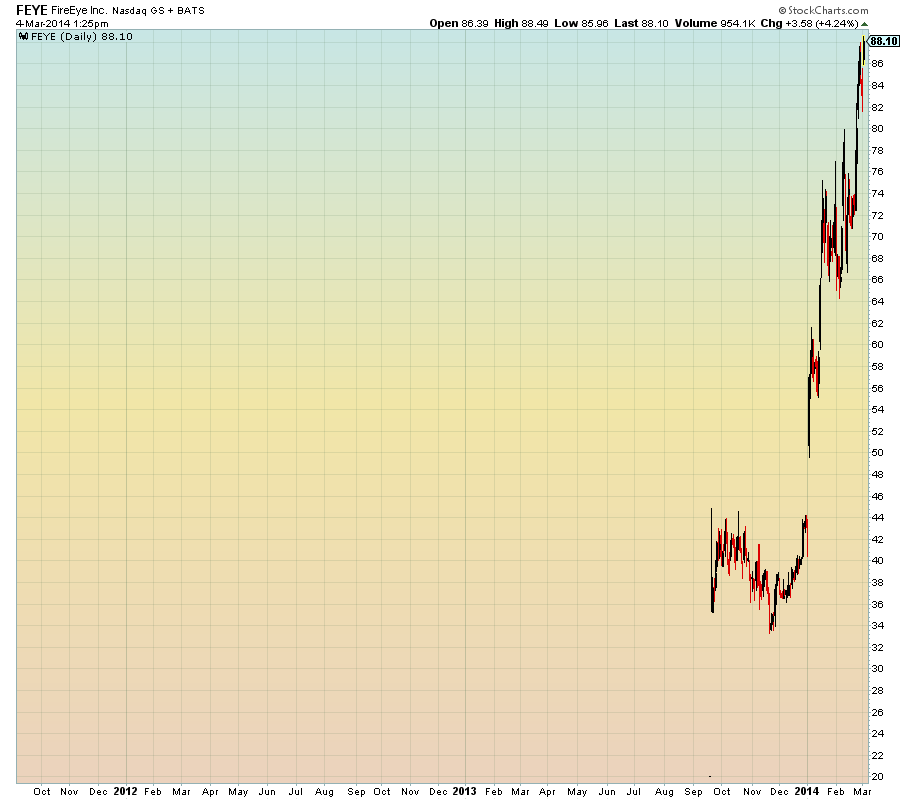 This company is a casino within a casino 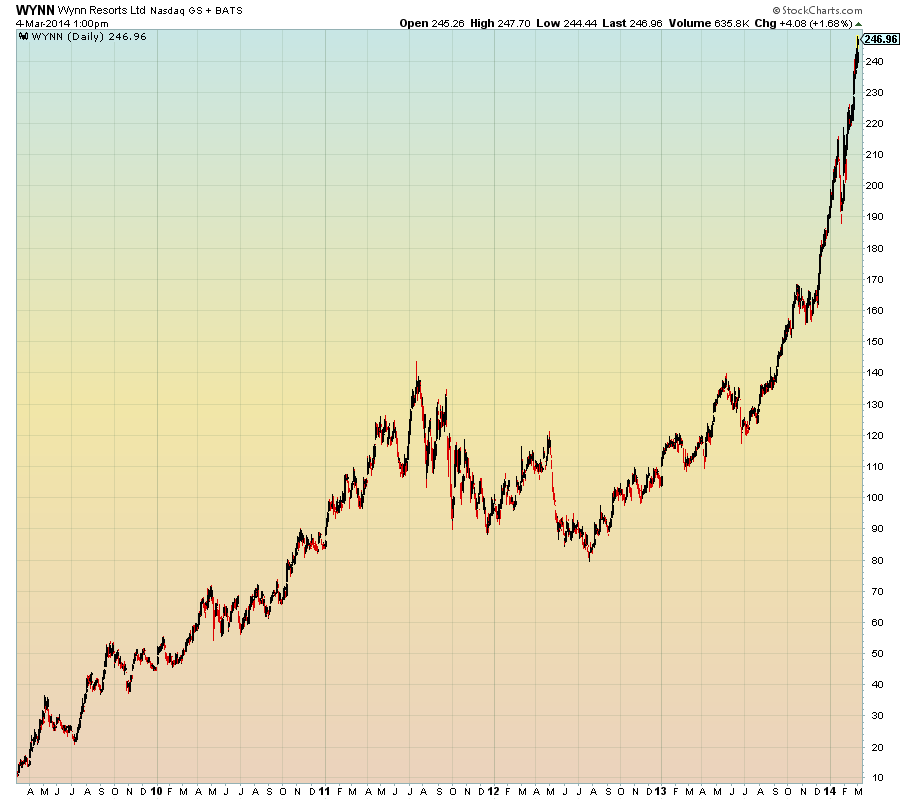 Despite rallying mightily, Biotech failed to make a new high today, so I suggest that it's "done" finally. Aside from the Intercept shown above with no products, no sales and no earnings.

Meanwhile, despite today's new ALL TIME HIGH in the S&P 500, the Dow is still below its high from December 31st. and Europe failed to erase yesterday's losses, aside from Greece of course.

Sentiment is beyond ripe:
Only Buy Signals
A Firmly Bullish Trend
Market in for a Wild and Bullish Ride
Bank Stocks to Double

And...the percent of stocks above their 50 DMA is still making lower highs:
Setting up for the HALO crash: 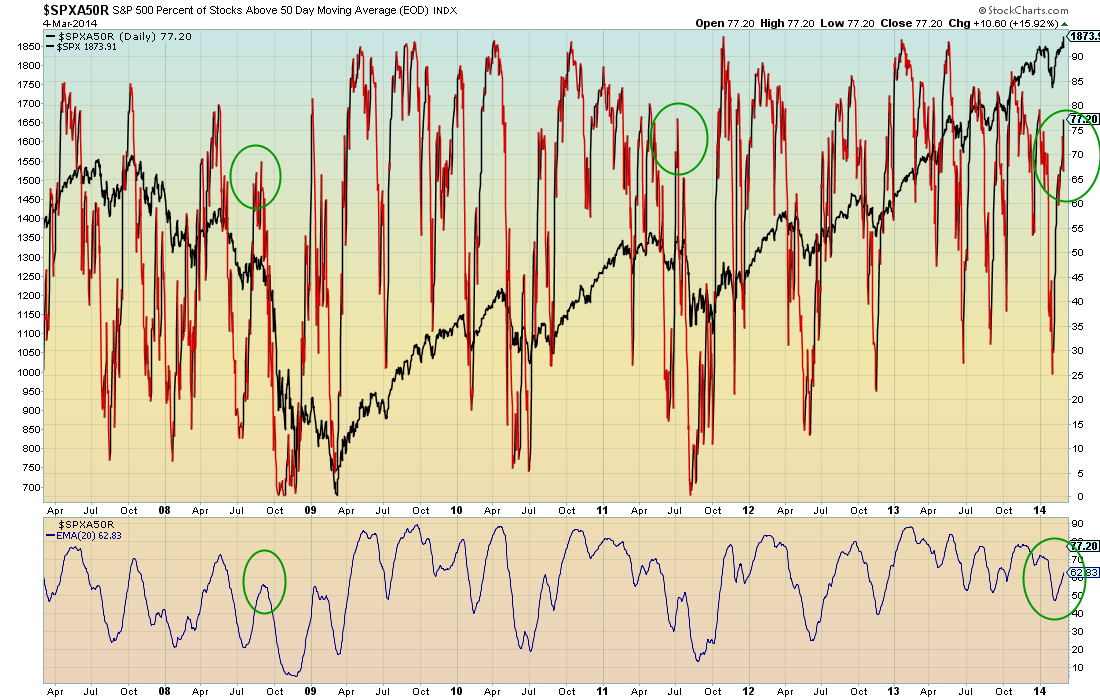 INVEST WITH BERNIE AT YOUR OWN RISK