From Here to Oblivion 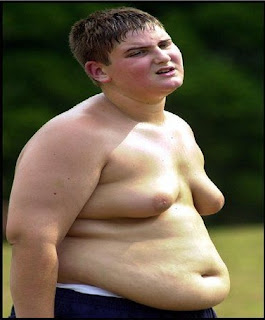 Irving Fisher was the famed economist who notoriously predicted that stocks had reached a permanent (high) plateau, just days before the 1929 crash.  Having just returned from Vancouver Canada, I would have to say that Canada is the closest thing to this era's "permanent plateau".  Canada, like Australia was one of the least affected countries on the planet by the events of 2008.  So, whereas Europeans are justifiably 'concerned' and Americans arguably are 'cautiously optimistic', I would characterize Canadians as (largely) oblivious.  Amazingly, despite having had the benefit of (smugly) watching the U.S. and several other countries experience a housing bust, they somehow still think it can't happen there, despite overwhelming evidence.  It's been so long in coming, that people have deluded themselves into thinking it can't happen.

The Idiocracy Has No Judgement - Belief In the Impossible Is Widely Accepted
Beyond just Canada, virulent denialism is a global affliction affecting perceptions across a variety of issues, largely thanks to the sanitized corporate Lamestream media.  Today, those few media outlets that even aspire to objectivity, have confused equivocation for objectivity.  Somehow every 'balanced' story concludes with the same implicit message - as in, the status quo is inherently stable and sustainable.  This follows the inherent logic of the Idiocracy, being that if we've been doing something stupid for 30 years, then it must work indefinitely.  And it's never hard to find any number of comfort seekers who will take the 'sky is blue' side of any debate.  Usually they are tripping over themselves to broadcast their bullshit.  Meanwhile, whereas in past centuries, science and religion duked it out for philosophical dominance, today's masses widely believe in the impossible, let alone the improbable.  Now even priests look logical by comparison...

The Idiocracy Has No Discipline
Sadly, as a society, we can no longer handle the truth.  Any society that stuffs itself and its children full of toxic waste (aka. food) is not capable of facing reality on any level.  Why would some 300 pounder who can barely get his ass out of a chair, care about what's happening on a global/macro level?  Why would they care about the planet when they treat their own body and their children's bodies like toxic waste dumps?  They don't.

Reality is Converging From All Directions
Therefore, despite the constant, unrelenting broadcast of denialistic propaganda from government, academia, the media, the corporate matrix, all we have to do is look at the picture above (or out the window), to know it's all bullshit.  We live in some insane bizarro world where half the people are starving to death and the other half are eating themselves to death.  Anyone who thinks this all ends well, is doing what I call the solo reach around - bending over, head straight up ass...